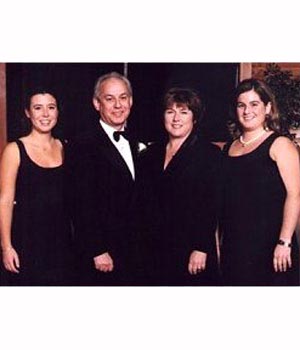 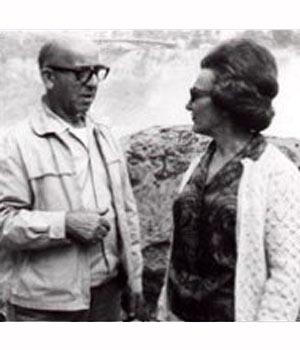 My grandparents, Pessie and Chaim Portnoy and Bessie and Itzak Dudeck were immigrants from Poland and Russia. My mother, Sarah, is 80 years old but my father, Morris, is deceased.

My two sisters, brother, and I, were born in Winnipeg and raised in the north end.

I attended Champlain & Machray Schools, St. John's High & Garden City Collegiate, United College and the University of Manitoba. My Jewish connections derived from attending Peretz school evenings, the Y.M.H.A. (Juvenile A & B, Teens), A.Z.A. (Eskimoes), Hillel, and Z.B.T. fraternity. My Portnoy grandparents lived next door and their influence was great in my Jewish and overall development. They spoke Yiddish to me, and my Zaida took me to his shul (Selkirk at Arlington Street). He was a busy man, a partner in the family business, Perth's Cleaners and later Graham Cleaners, but he became my surrogate father (while my father worked as a painter and decorator six days and nights a week), often taking me to work with him and staying home to care for me when I was ill. Zaida was a gentle man to whom family and religion were paramount. My hope is that in the future people will say that I am like my Zaida Portnoy - a mentsch.

On June 26, 1969, I married Sharron Simkin, and we have two daughters, Francie (1976), and Lauren (1977). My wife and her close knit family are, in many ways, like my grandfather - they have their priorities straight - family, friends and community come first.

They never forget their roots and are grateful for their good fortune.

Because I am grateful for and feel blessed with good health, intellect, education (I am a lawyer) and family, I have attempted to give something back to the Jewish and general community. I have been active in several Sub-sections of the Manitoba Bar Association, lectured in the Bar Admission Course, and presented retirement seminars for retirees. I have served on the Boards of Jewish Child and Family Service, the Winnipeg Squash & Racquet Club, the Jewish Foundation of Manitoba, Winnipeg Jewish Community Council, Y.M.H.A., Citizenship Council of Manitoba, International Centre, and Rosh Pina Synagogue.

I am particularly proud to have been part of the original group that conceptualized and created the Jewish Education Trust to further and enhance Jewish Education. Considerable funds, raised through the Blye Dinner, are housed as an endowment fund (the first of its kind and a model) at the Jewish Foundation. I have faith that future generations will have unlimited access to Jewish Education and to other institutions that will preserve Jewish values and traditions.