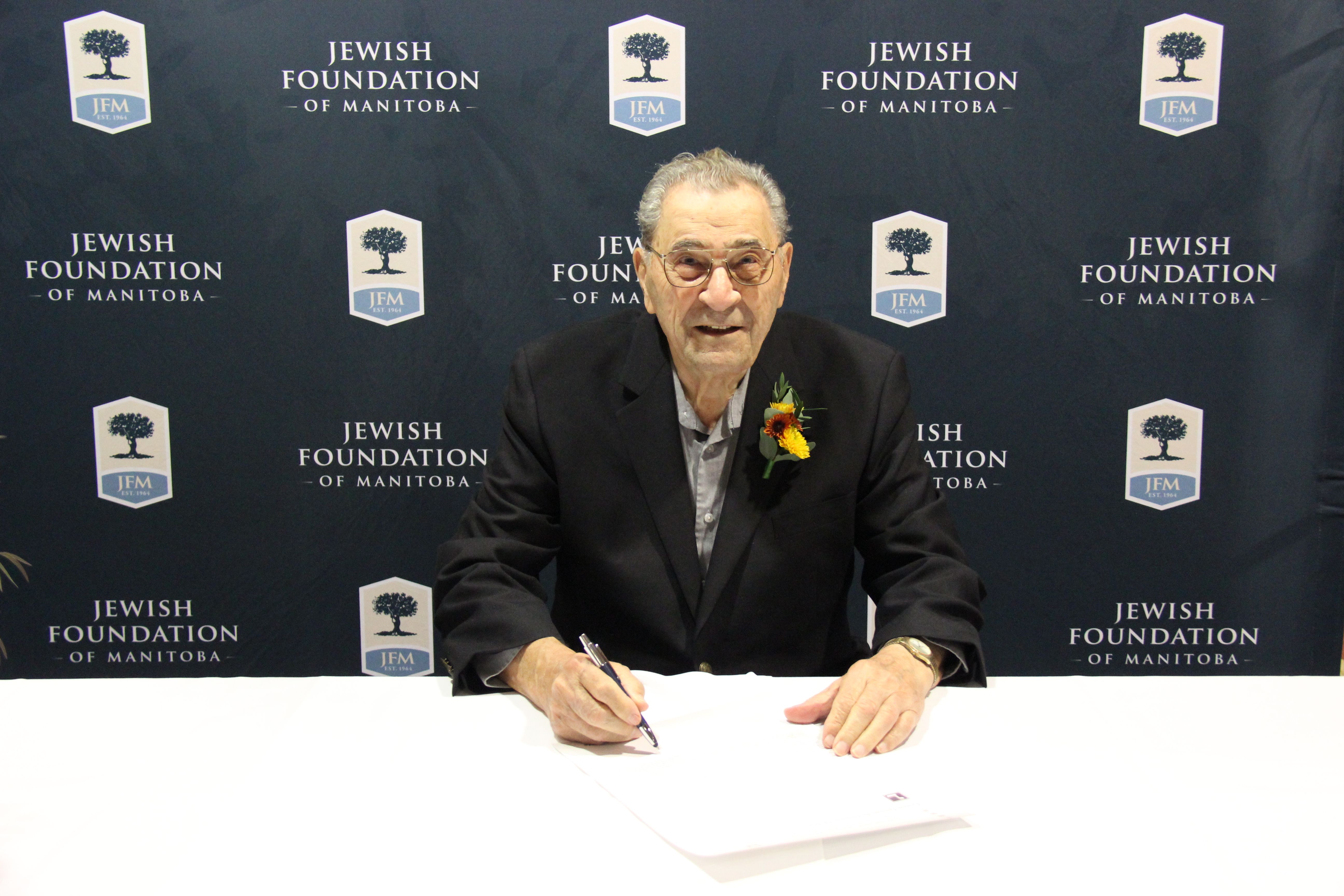 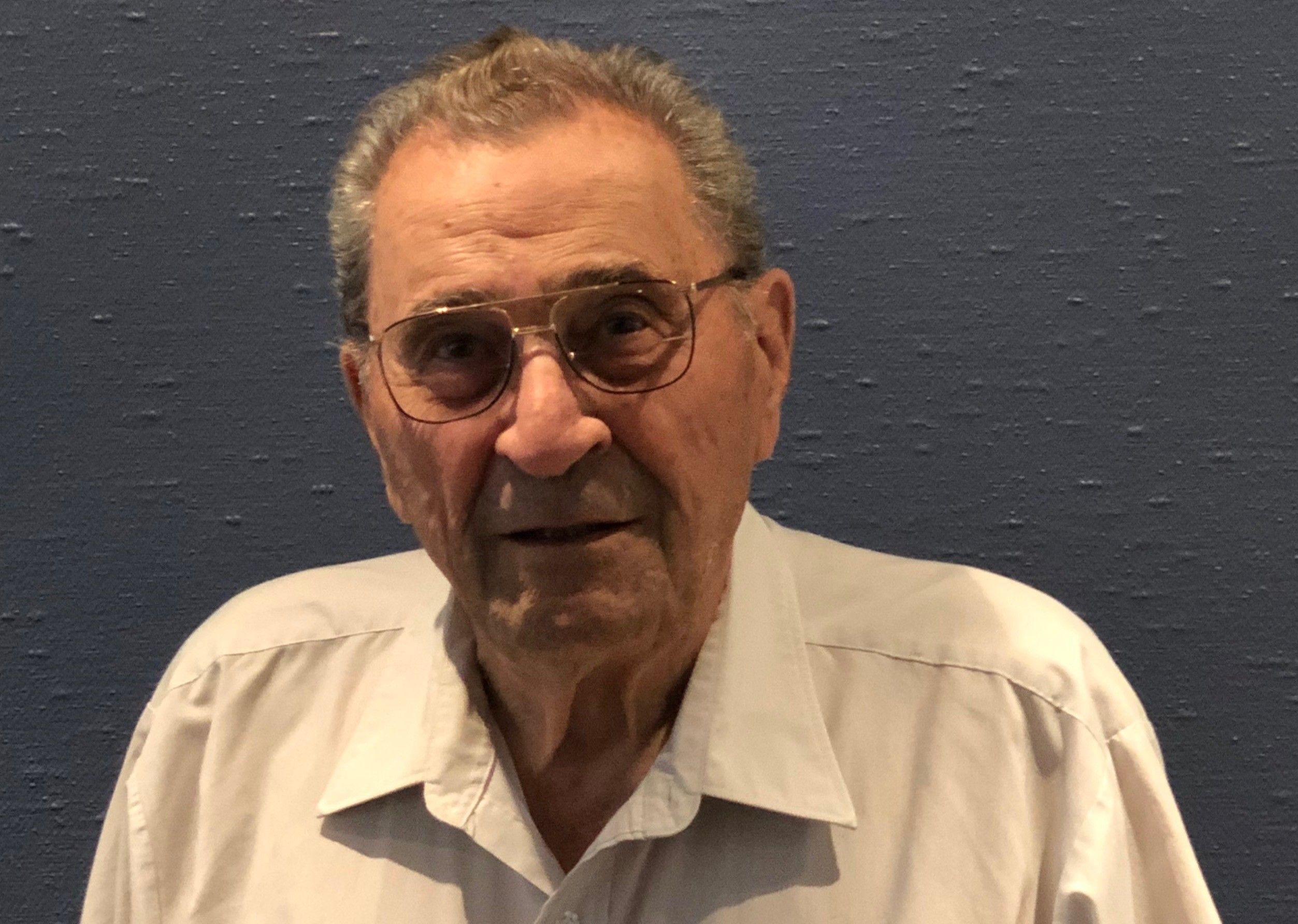 From my parents—Abraham and Dora Elfenbaum (née Fossaner)—I learned that honesty and integrity should be the basis of life. They were the most honest people I have ever known and their lesson has resonated with me throughout my years.

My parents lived in Lipton where I was born in 1930. We were a farming family—cattle and grain. It was a good life shaped by a strong sense of community and a lot of hard work. I was raised with three brothers and two sisters: Jack, Hymie, Tillie, Sylvia, and Louis.

At its peak, Lipton had about 300 Jewish families. We had our own synagogue, rabbi, and shochet. The local public school was predominantly Jewish and it shut down for the high holidays. In fact, Rosh Hashanah and Yom Kippur services were held at the school instead of the synagogue to make it easier for people who wanted to walk to services. While I wouldn't call him a chazzan, my father would often lead high holiday services.

When my parents retired to Winnipeg, my brother Jack and I took over the farm. It was around that time, in my late 20s, that I became active in Saskatchewan politics. I was on the local school board, involved with the farmers' union, and active with the Co-operative Commonwealth Federation which was the precursor to the New Democratic Party. I remember hearing CCF leader Tommy Douglas deliver a speech and I was impressed and inspired. I ended up running in the 1960 Saskatchewan election, finishing second in a very close race.

Not long after that, while visiting my parents in Winnipeg, I went on a blind date with Bernice Garfinkel. Our fathers had met in shul and discovered that they each had a single adult child, and so the connection was made. Our first date was a dinner at the old Royal Alexandra Hotel. I returned to the farm but came back often to Winnipeg. I courted Bernice for three years. We were married in 1963 at the Rosh Pina Synagogue.

I was a farm boy from rural Saskatchewan, and she was a sophisticated big city girl with two university degrees. We certainly had different upbringings—sometimes I can't figure out how it worked so well, but it did. We complimented each other very well. We especially enjoyed travelling together. When she passed away in 2014, I lost my best friend. We had a beautiful marriage together for 51 years.

After we got married, we moved back to the farm in Lipton where we stayed for a year before deciding to relocate to Winnipeg. My brother took over the farm and I purchased a new farm just north of Winnipeg near Stony Mountain. Bernice and I bought a home on Mellish Avenue and later moved to Tanoak Park Drive. My farming life in Manitoba was cut short when I stumbled into business quite accidentally. My in-laws owned a couple of apartment buildings and asked me to look after the properties and their tenants while they wintered down south. My farm didn't demand much from me in the winter so I agreed. Before I knew it, I was managing apartment buildings for other owners and later purchased a couple of buildings of my own. At one point, I was managing 600 units.

Over the years, I tried to stay active in the community. I was on the board of directors of Beth Israel Synagogue, President of I.L. Peretz School, and was active in the Garden City Lodge of B'nai Brith, the Brandeis Lodge, and the Montefiore Club. When the Brandeis Lodge and the Montefiore Club wound down, I was proud that our remaining assets were transferred to the Jewish Foundation of Manitoba.

Today, I enjoy spending time with my grandchildren. I also work out regularly at the gym, play poker twice a week, and read mystery novels.

I care deeply about our community and its future. That is why Bernice and I started a fund at the Jewish Foundation some years ago. My bequest to the Jewish Foundation is undesignated so that the Foundation can direct the income our fund earns to meet the community's most pressing needs every year. I hope that our support will help the community grow and thrive and I hope that our support will enrich Jewish education in Winnipeg.