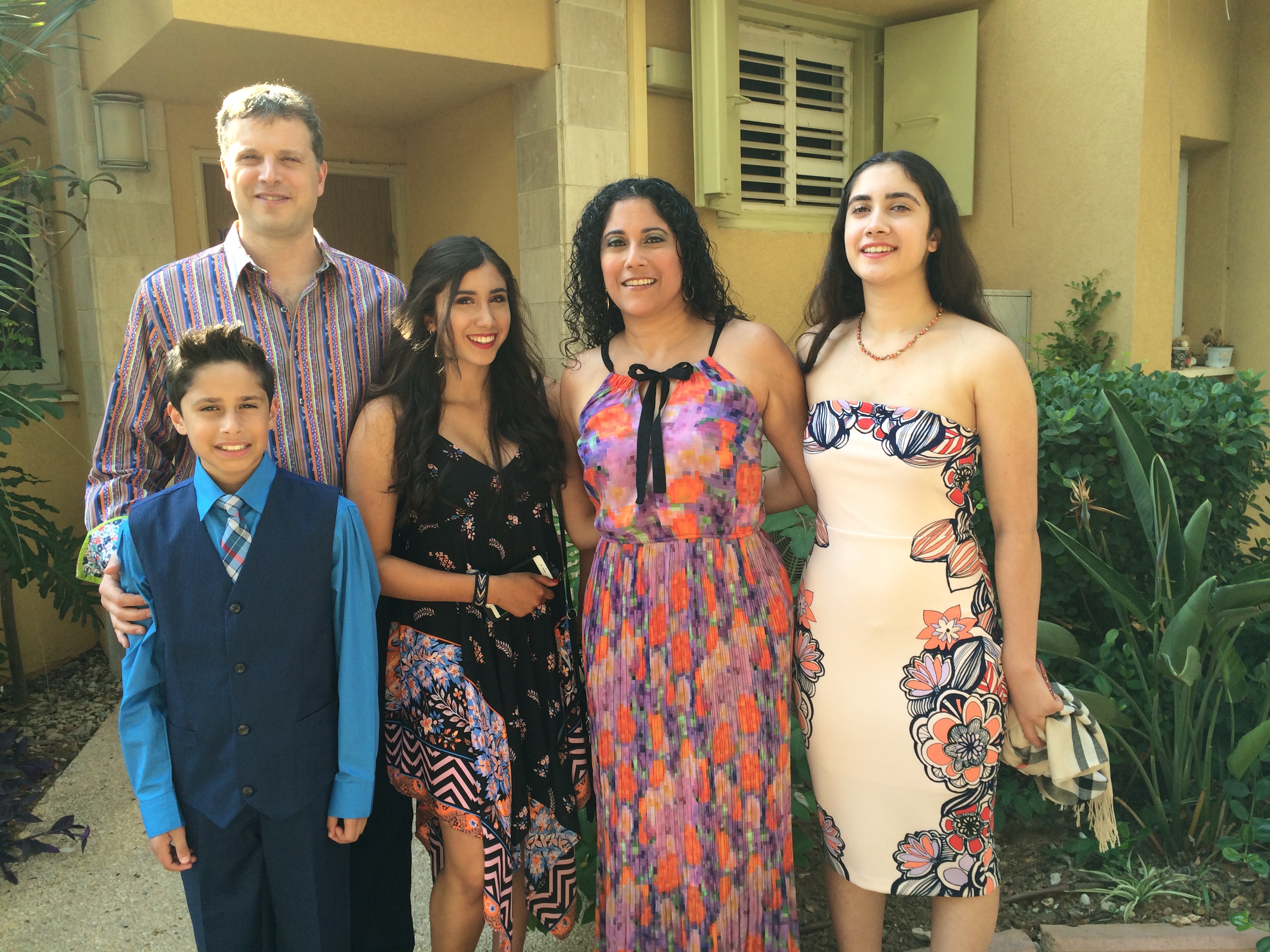 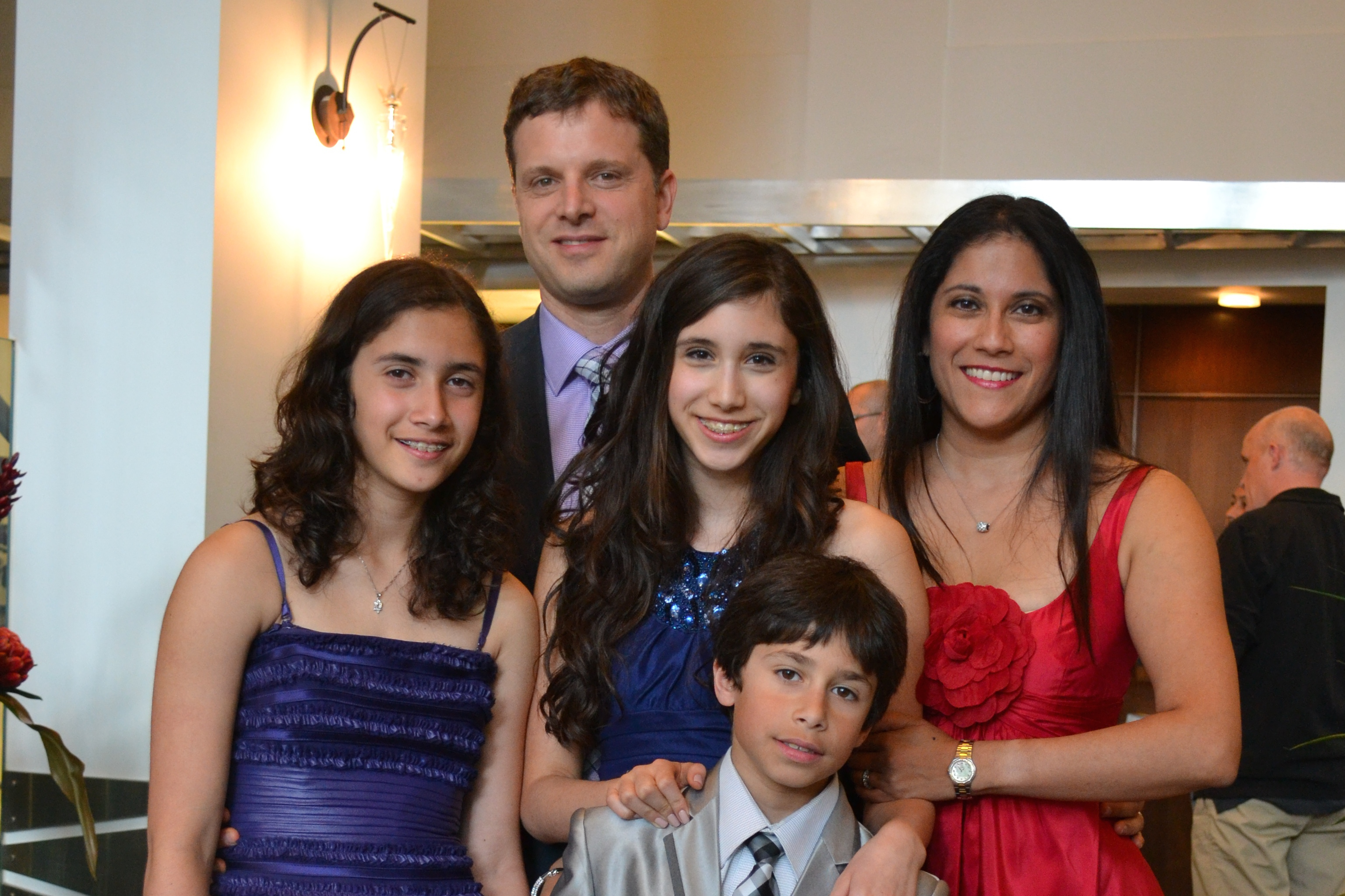 I will venture a guess that there is no other family in the world whose three children were born in Mumbai, India; Thompson, Manitoba; and Wetaskiwin, Alberta. But such is the case in my family of origin: my mother, Abigail; my father, Joseph (z"l); my brothers, Josh and Joel; and me.

We are "Bene Israel" — Jews of India. My mother, Abigail, was born in 1944 in Bangalore. She lives today in Winnipeg, not far from me. Her parents were Abraham and Elishema Reuben. My father, Joseph, was born in 1938 in Mumbai (then known as Bombay). His parents were Benjamin and Bathsheba Bhonkar. My father had seven siblings and all 10 Bhonkars shared a one-bedroom apartment. My grandparents ultimately moved to Israel.

My parents married in 1967 in India — an arranged marriage. By custom, my mother had the right to refuse the arrangement and initially she did because my father said he wanted to move to Canada. They got married anyway, and moved to Canada anyway.

My father came alone in 1968 to earn money to send for his wife and firstborn. He packed his bags and adopted Benjamin as his new surname. He chose Winnipeg because he perceived that there would be opportunity here as the western Canadian economy expanded.

When he arrived at the McLaren Hotel, the co-owner took an interest in him. He followed my father into the elevator and asked: "Are you Jewish?". My father's answer was followed by an invitation to his first Canadian Shabbat dinner. That man at the McLaren was Lou Katz, the grandfather of my future husband, Joel Cogan. My father arrived in Winnipeg with no confirmed job and only a few dollars in his pocket, but he had made a friend. It was the start of a remarkable relationship between two wonderful families.

A local Jewish organization found a room for my father in a home on McAdam, and he went to Rosh Pina Synagogue every Friday night. He was a lawyer in India and was offered an articling position here, but it would not have paid him enough to bring the family to Winnipeg. He was about to start a job in a warehouse, when the City of Winnipeg offered him a job as a social worker. Soon after, he took a job with Canada Manpower, a federal agency. It was a good fit because as in-house counsel with a biscuit factory in Mumbai, he specialized in labour matters. With my father's life stabilized, my mother and older brother joined him in Winnipeg. They arrived on the day of the first seder in 1969.

My father was transferred the following year to The Pas and then Thompson, where I was born in 1970. In northern Manitoba, my mother took a job sewing fox pelts onto parkas (an unlikely vocation for a young woman from Bangalore). The next transfers took the family to Alberta, specifically, Wetaskiwin, St. Paul, and finally Edmonton where I lived through to the end of law school.

I have fond memories of my youth in Alberta. Without extended family, we spent a lot of time with each other, including road trips to B.C. and Winnipeg (to visit Lou Katz and his family, including Marcia and Lou Cogan, who are now my mother- and father-in-law). We also took one major trip to England and India.

There were maybe six Jewish families in total in Wetaskiwin, where we stayed for eight years, and we used to have seders together at a local golf course. No matter where we were, we lit Shabbat candles to welcome the Shabbat. My father brought out the Fiddler on the Roof record, and it was my job to dance for the family. I also went to Sunday morning Hebrew school in Edmonton, a 45-minute ride from home.

As a child, I took ballet lessons (which helped me fulfill my weekly Fiddler on the Roof responsibilities) and studied piano. As a teenager in Edmonton, I took voice lessons, studied musical theatre, and appeared in every school production. I always had the performance bug, and have enjoyed appearing in eight RMTC/Manitoba Bar Association Lawyers' Productions, including as Audrey in Little Shop of Horrors, Mama Morton in Chicago, Rizzo in Grease, and Chava in Fiddler on the Roof (Fiddler. Go figure.).

In Edmonton, I was active in BBYO and I participated in the first March of the Living, travelling with kids from Winnipeg. The March took us to Poland and Israel and it was transformative. The program re-affirmed my strong sense of Jewish identity and I vowed to raise Jewish kids and live a Jewish life. (I knew I was making good on my promise years later when my daughters each led services at their respective B'not Mitzvah; and when my daughter Rachel also went on the March of the Living. We were one of the first families with two generations of participants.) After the March, I spoke publicly about the program, became the youngest voting member of the Jewish Federation of Edmonton, and hosted a community access television show called "Hello, Israel".

After high school, I went to the University of Alberta where I earned a BA in women's studies and my law degree. Toward the end of my schooling, Joel's family and my family were conspiring to bring us together (we had met once at the age of 15). Joel ended up as my date for my law school grad. I started practising law in Edmonton, but Joel proposed and I moved to Winnipeg to start married life. We got married in 1998.

I worked at Manitoba Health for a while and then took a job in Winnipeg with the Federal Department of Justice for eight years before deciding to devote all of my energy to family and volunteer pursuits. Joel and I are blessed with three exceptional kids: Rachel was born in 2000, Lauren was born in 2002, and Benji was born in 2005. I cherish every minute of our time together as a family.

As a volunteer, I am proud to help community organizations as much as I can. I have been on the local Board of the Jewish National Fund for several years and am serving as president at the time of writing. I am active with the Jewish Federation, currently serving as a member of the executive, chair of the Israel and Overseas Department, and a member of the Women's Philanthropy Committee. I am also proud to serve on the Jewish Foundation's Endowment Book of Life Committee and have enjoyed co-chairing the Women's Endowment Fund Luncheon. I feel passionately about giving back to the community. I did in Edmonton. I do in Winnipeg. I am simply wired that way and I hope our kids will find their own ways to contribute.

I always tell our kids not to be complacent. Don't simply let life happen to you; go out and make things happen. I hope that my participation in the Endowment Book of Life program makes things happen for my adopted community, for all time.