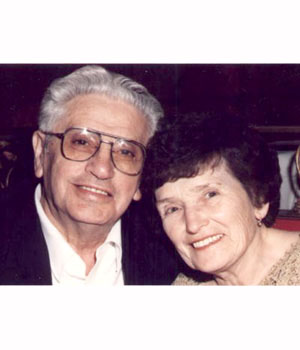 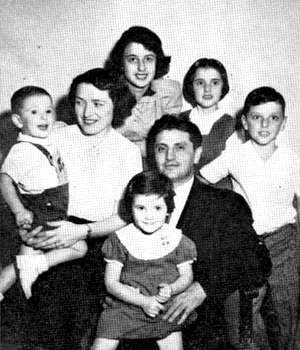 My father, Josef Mayer Freiden, was born in Russia in 1890 and immigrated to Canada in 1913. A year later he sent for his wife Reva (Fordman, born in 1892) and 2-year-old daughter Syma. He was a tailor by trade, but his passion was story-telling, dramatic readings in Jewish, and acting. He loved the theatre.

I was born in Winnipeg in 1916, and my younger sister, Edith, in 1920. I grew up in the North End and attended Aberdeen School, St. John's High, and evening classes at Peretz School.

Our mother had died in 1928, at the age of 36, and so my sisters and I were cared for by our father together with our maternal grandmother, several aunts and an uncle. Throughout my teens, I lived on Stella Avenue in a house shared by this large extended family.

I studied Agriculture at the University of Manitoba for a short time, then trained as a nurse, graduating in 1938 from the Winnipeg General Hospital. Following a post-graduate course in Eye, Ear, Nose and Throat, I worked for several years as a private-duty nurse, and then for one year on staff at the Mount Carmel Clinic.

Abe had emigrated from Europe around 1926. He became a clothing manufacturer, owning and operating Winnipeg Pants, and later, Richlu Sportswear.

We were both very involved in the Peretz School, B'nai Brith, Histadrut and other Zionist organizations. Abe was a staunch Zionist and a contributor to all Jewish causes. His beautiful singing voice and love of Jewish music lives on in our children and grandchildren.

Beverley is a travel agent in Los Angeles, and has three children and five grandchildren.

David is president of Richlu Sportswear, and has two children and one grandson.

Reva is a manager and consultant in the business field, and has two children.

Dorothy is a teacher and co-owner of two Montessori nursery schools, and has two children.

Barry is a doctor in Vancouver, and has four children.

My father had a great influence upon me, instilling in me a love for the Jewish language, culture and traditions. As a result, my hope for the future of our community is that this language and culture with which we have been blessed continues to live on, to enrich and inspire future generations.