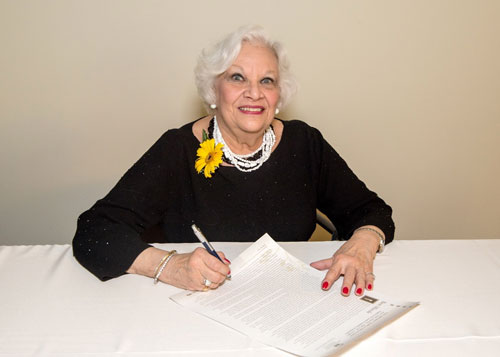 Janis signs her story for the Endowment Book of Life 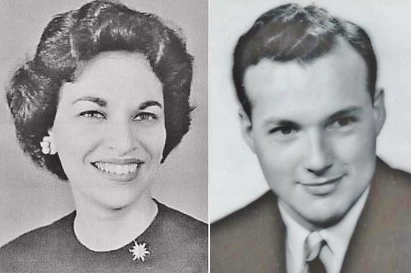 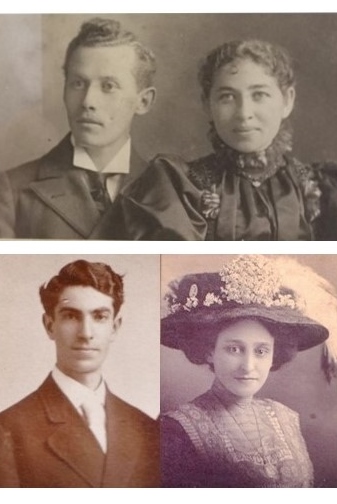 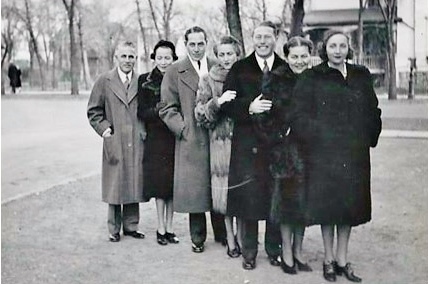 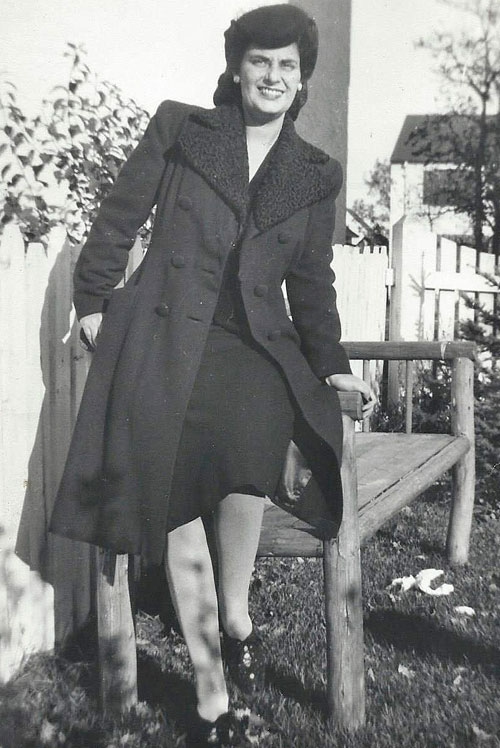 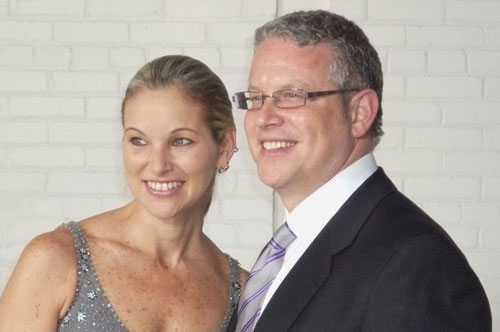 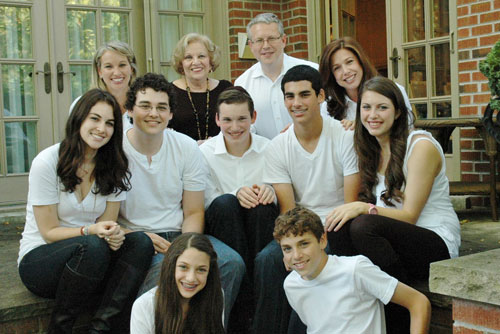 The greatest gift my parents gave me was unconditional love. They also gave me the strong sense that I could accomplish anything, fostered my resilience, and encouraged my education. Today, I'm still working in my chosen field, running a major national program in my husband's memory, and hopefully nurturing my children and grandchildren. I have had a charmed life.

My father, Manuel Ripstein, a descendant of one of the founding families of Winnipeg's Jewish community, was born in Winnipeg in 1897. His grandparents, Tevel and Reitsa Finkelstein, fleeing the pogroms in Shumsk, Volhynia (Ukraine), arrived in the city in 1882 with their five children. His mother, Bessie (Finkelstein) Ripstein, the youngest, was also the youngest speaker at the laying of the Shaarey Zedek cornerstone in 1889. A graduate of Kelvin High School (1914) and later a grain broker at the Winnipeg Grain Exchange, my father was the eldest of the seven children of Bessie and Isaac Ripstein. His siblings were Gertrude, Victor (m. Rose Lyone), Mona (m. David Copp), Reg (m. Ellen Blumenthal), Zelma, and Corinne (m. Sam Slotin). His nieces and nephews loved him as "Uncle Manny". He lovingly always called me "Spark".

My mother, Vera Torgan, was born in Denver, Colorado, in 1907, the eldest of the three children of Jack and Tillie (Goldbloom) Torgan. Her siblings were Harold (m. Grace McGuinness) and Ruth (m. Dr. Leon Pauls). In 1912 the family moved to Bassano, Alberta, their train shot at with bows and arrows on the way. In Bassano — slogan "The Best in the West by a Dam Site!" — they owned the general store and the movie theatre, where my grandmother played the piano for the silent movies. In the 1920s my mother was living in Calgary, but while visiting Winnipeg she met my father. My parents married in Winnipeg and I was born in 1934. My father passed away in 1971; my mother in 1994.

We lived at the Ritz Apartments on Grosvenor Avenue my entire Winnipeg life. In a lovely coincidence, my first childhood friend from the Ritz is a current Toronto neighbour and still a dear friend.

Life-long friends were also made as a member of the "Chickletts", our YMHA club and for which I was forever the Secretary-Treasurer. We met as a group numerous times in various cities after 1980, but it was wonderful to gather for the special "Chickletts" 50th reunion in Winnipeg in 1999!

Extracurricular activities were a big part of my life at the UofM, including co-chairing Freshman Week in 1953 and serving as President of Phi Sigma Sigma sorority. After graduating with a Bachelor of Interior Design in 1954, I worked in Winnipeg for Joe Itzkow, an avant garde design firm, before moving to Montreal to take an administrative position with Vickers & Benson Advertising. Much later I was employed to design their Toronto offices.

At the age of 24, I was introduced to Martin Goodman, who was born in Calgary in 1935, but raised in Montreal. He was working in Toronto as a reporter for the Toronto Star. I moved permanently to Toronto, taking a position with the architectural firm Peter Dickinson Associates, ultimately heading their interior design department.

Martin and I married in 1960 at the Shaarey Zedek Synagogue in Winnipeg. Coincidently, Martin's grandparents, Jacob and Esther Wise, were married at the same synagogue in 1908, but subsequently moved to Calgary. His mother, Rosalind (Wise) Goodman, was born in Winnipeg in 1909, and knew my mother in Calgary as a young girl in the 1920s.

In 1961, Martin won a Nieman Fellowship for journalists, which allowed him a year's sabbatical to study at Harvard University, requiring us to move to Boston. Following the fellowship, we had the remarkable experience of taking a trip around the world, visiting 43 cities in five months. At the end of our travels, the Star transferred Martin to Washington as Bureau Chief. Our son, Jonathan, was born there in 1963. Our next move was Ottawa in 1966, where Martin again served as Bureau Chief and where our daughter, Lauren, was born. We returned to Toronto in 1967. I opened my own interior design business which has operated continuously to the present day.

In 1981, at 46 years old, my husband tragically died of pancreatic cancer. At the time, he was the President of the Toronto Star and earlier that year had received an Order of Canada, recognizing his contribution to journalism in this country and his life-long commitment to Canadian unity. The Martin Goodman Trail — a permanent hiking/biking trail running 56km across the waterfront of Toronto — was named after him by the City of Toronto for their sesquicentennial in 1984.

Just prior to Martin's death, I launched The Martin Wise Goodman Fellowship as a publicly subscribed charitable foundation. Every other year, the program sends a Canadian journalist to participate in the same Nieman Fellowship program at Harvard University that so inspired Martin. Since its inception I have been a trustee and administered the program, which to date has funded 23 participants.

Above all, I am the very proud grandmother of seven grandchildren, all born within a six-year span in the 1990s. Jonathan and his wife, Esther (Farber), are the parents of Matthew, Arielle, and Carly. Lauren is the mother of Madison, Michael, Adam, and Jay. My children and grandchildren are my pride and joy. Growing up as an only child to becoming the matriarch of a family of 11 has given my life the ultimate pleasure and happiness!

While I haven't lived in Winnipeg for many years, I still consider it home and am a Western Canadian at heart. It is a privilege to participate in the Jewish Foundation's Endowment Book of Life program.