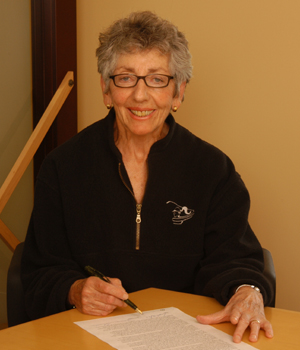 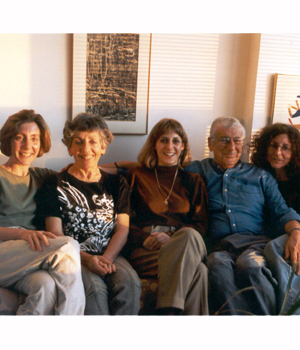 "Winnipeg booster wants others to recognize all that is available here within the general and Jewish community."

I, Janie (Ashkin) Shnier have lived all of my life in Manitoba, the first few years in Hasket, the rest in Winnipeg. I am the youngest daughter of three children born to Sam and Goldie (Sirluck) Ashkin. My memories of my father are very telling. Arriving here as a teenager from Eastern Europe, he left a life that had him earmarked to be a rabbi. Through a series of jobs he did what he could to bring his extended family to Winnipeg. I remember my father as a lover of freedom and independence, both in terms of his politics and his personal life, maybe that is why it was always important for him to have an automobile, an ability to get up and go. My mother was a level headed woman who came from a family that stressed education at a time when it was not easily available. After marriage my parents moved to Hasket and dad operated a general store inside the town. A fire at the store and the closing of one of the railroad lines encouraged him to collect the family and move in 1935 to 462 St. John's in the heart of Winnipeg's north end.

It was here that my older brother Jerry, my sister Rita (Direnfeld) and I grew up. My memories are of this enormous house, which was all of 800 square feet, close to all my public schools, Machray and St. John's Tech and not far from the private teacher, Mr. Karp, who taught me Hebrew after day school. Upon reflection I enjoyed my youth from school activities to the clubs and dances at YMHA and the Zionist Habonim youth group. One allowed me a social outlet while the other fed my intellect with discussion groups, ideas and speakers. It was always a tough choice when both groups started to schedule programs at the same time.

Graduating from the University of Manitoba I moved to the University of Toronto to complete a Bachelor of Social Work. In retrospect I might have returned to Toronto to live had I not met my future husband Syd Shnier while in Winnipeg for a summer job. It was through an old boyfriend's invitation to visit him in Clear Lake that I met Syd and after a one year courtship we were walking down the marriage aisle in August 1954.

Prior to starting our family, I took advantage of my university training and worked for the Children's Aid Society. When the first of three children arrived it was time for me to focus on being the best parent I could be. Lisa, born in 1955, who now lives in Tacoma Washington with her husband Lowell Finkleman and their two children, Sam and Sara, was followed three years later by Carla who is an anesthesiologist in California. Five years later Sary, my youngest daughter was born. Sary and her husband Shale Chochinov live in Winnipeg with their two children Sydney and Annie.

While Syd was traveling western Canada as a sales agent for clothing, I was experiencing all the recreational activities that hopefully were passed on to our daughters. From skating to skiing, from tennis to swimming I participated and encouraged our daughters to do likewise. Syd was a great husband, a good provider, a fabulous father who encouraged his daughters to be and do whatever they wanted, and an individual who was ahead of his time. Computerized before others, traveling with his samples in a van, and capable of building and fixing most items it was Syd who introduced me to one of my loves, golf. I have had the distinction of being the Glendale women's club champion for many years.

With Syd's passing in 1995 I have continued to do many of the activities that we did in the past. In spite of the fact that Syd never cared for cards, my passion for bridge is still at the competitive level, a daily swimmer, I still play tennis and golf and attend all the arts that Winnipeg has to offer. It is because of how I am able to live my life that I believe that Winnipeg is a wonderful place to live, it has much to offer at an affordable and accessible level. I feel thankful that I am able to participate and "leave a legacy" for the Winnipeg Jewish Community.