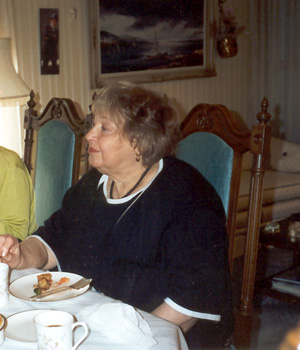 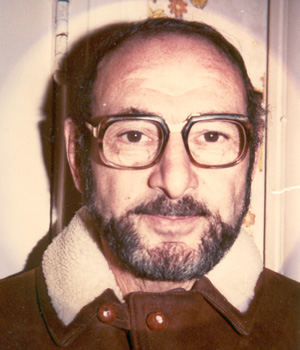 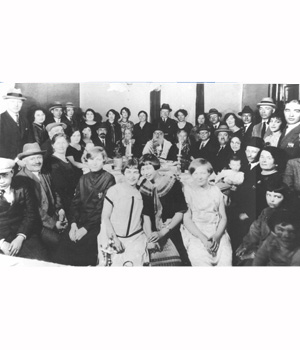 Born in August, 1919, in a small Russian village called Pavolitch, I was the last child of Nathan and Gitel Nathanson. It was the time of a pogrom and (I'm told) I was born in the basement of the church, as my mother's friend was a Ukrainian midwife. The Jews of the village were also hiding there — and because I apparently was making quite a disturbance entering this world, they said to choke the child ("dershtik dos kind"), because of me, their hideout would be discovered.

However, my parents, four siblings and I managed to cross the border (Grinitz) to another country, and for almost two years we wandered through Europe. We endured many hardships before finally arriving in Winnipeg in June, 1921, (Shavuot) where we were met by an aunt and uncle (Divinsky), other relatives, and the Promislow family who provided the funds for us to leave Pavolitch.

My parents, siblings and much of our mishpocha are now deceased. I was married to Max Jacobson who sadly passed away at the young age of 59 in 1980. We are blessed with two daughters and one son — Brenda Booke, Miriam Jacobson and Nathan Jacobson and their spouses. I, kenahora, have six grandchildren and one great-grandson.

This June, Shavuot, 2004, is 83 years since we arrived in Winnipeg. I was only one year and nine months old, so what I have written is what I have been told.

I count my blessings daily. Canada is certainly a wonderful country. We pray for peace for our beautiful homeland of Israel (which I have visited nine times) and for all of the world.