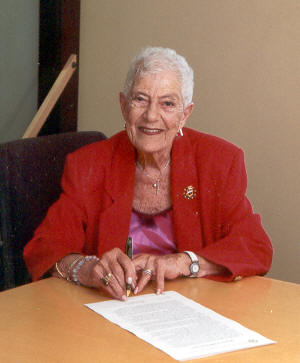 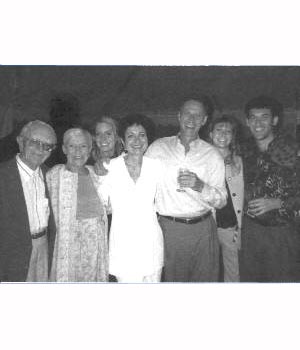 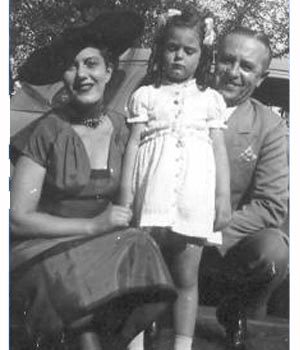 Janette and Alex with Tannis 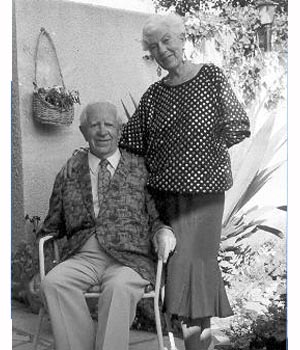 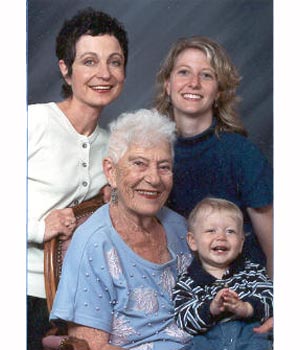 Janette (Gold) Guttman was born in Chicago to Isadore and Fanny (Roher) Gold. Isadore had come to New York in 1907 from Romania and made his way to Toronto, while Fanny arrived in Toronto from Tarnepol. After they married, Fanny and Isadore moved to Chicago where the first two of their five children were born. Janette was the eldest of her four siblings, Milton, Florence, Beatrice and Eleanor. Isadore initially made his living doing artistic embroidery for horses. With the growing popularity of automobiles, however, his vocation could no longer support the family, and the Golds moved to Montreal where they became involved in the fruit and vegetable business.

As a child, Janette was strongly influenced by her orthodox maternal grandparents, the Rohers, who played host to the travelling Chassidics. The aroma of foods and memories of philosophic or religious discussions were the beginning of Janette's strong pride in her Jewish roots and her love for Israel, which stayed with her throughout her life. Later, Janette instilled these values into her daughter and grandchildren. All Jewish holidays and traditions were joyously celebrated in the Guttman home.

Janette always loved the performing arts. As a youngster, she became an accomplished pianist, giving concerts at the age of eight and winning a national competition at sixteen. She also loved dancing and performed publicly with her sisters. Later in life, Janette became involved in competitive ballroom dancing.

A chance meeting with her future husband, Dr. Alex Guttman, was to change Janette's life. After several dates with Janette, Alex proposed in a long-distance telephone call. Janette accepted, and brought her flamboyance to Winnipeg, where she was warmly accepted into the Guttman family as well as the Winnipeg Jewish community.

Janette immediately immersed herself in Winnipeg's Jewish organizations. She was instrumental in building a new Talmud Torah on Matheson Ave. She later became president of the PTA and, together with Biela (Horowitz) Lepkin and Dvorah and Ephrian Malamud, she developed a Hebrew theatre program for the children. For Janette, working with the Talmud Torah children to help them understand their powerful heritage through acting on stage was extremely rewarding. Now, when she sees that her children have grown up to be upstanding citizens who are proud of their heritage, she feels very fulfilled.

As president of the Jewish Women's Musical Club, Janette helped budding artists to develop their careers. She also raised funds for the UJA by acting in a number of performances.

Once her daughter, Tannis, was in high school, Janette entered the Manitoba Teaching Program. She went on to teach language arts in the River East school division for 15 years. Here she took it upon herself to introduce Judaism to the primarily gentile students of this area. She also took pride in bringing English literature to life for the young teenagers through acting and improvisation.

When Janette and Alex retired, they were able to put their strong support for the State of Israel into practice. They bought a home outside of Netanya, which enabled them to visit Israel on a regular basis for fifteen years. In Israel, Janette became involved in all activities, particularly in the first Hadassah Chapter in Netanya. It was a sad day for Janette when they finally sold their home in Israel and she regrets it to this day. Now Janette says that she believes in miracles and although she is concerned at the moment, she feels that Israel will be able to weather the storm that they are presently experiencing.

Reflecting on her life, Janette feels fortunate to have had a close and loving relationship with her husband, who died just short of their 60th wedding anniversary. She also feels fortunate to have the love and support of her daughter and son-in law, Tannis and Marshall, her granddaughters, Elana and Heather, Heather's husband John, and her great-grandson, Ben.