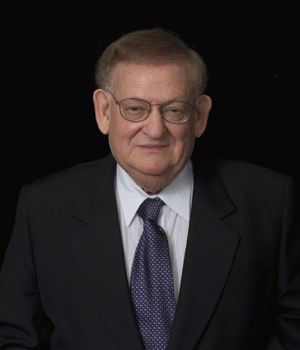 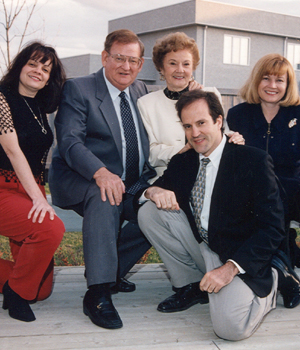 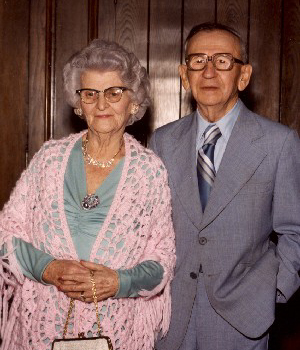 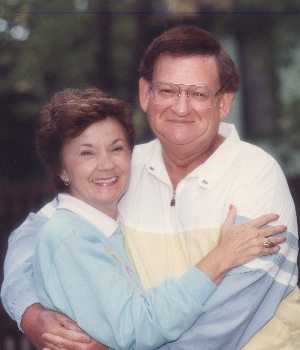 Jack and Yetta at `the Beach' 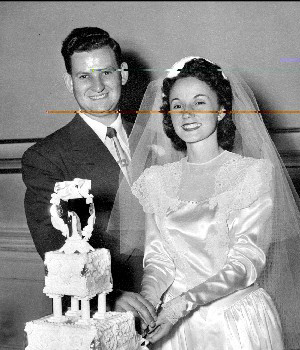 Like many other second-generation Jewish Canadian citizens, I was born to parents who narrowly escaped the Eastern European and Russian pogroms of the early part of the last century. Arriving in Winnipeg in 1921, my father, an exceptional artist, gained employment at a sign company while my mother, Molly, became active in the Peretz School Muter Farein and the Women's Reading Circle. In 1937 my father started his own business, Levit Sign Company.

I was born in 1927, and grew up with my sister Eva Moser, in the North End of Winnipeg. I attended I.L. Peretz Folk School (of which I was later President for four years), Machray School, St. John's High and the University of Winnipeg. At St. John's, I performed in the Gilbert and Sullivan operettas. I played tennis, belonged to the C for A Young Men's Club, the YMHA, and was a high average 10-pin bowler. I later developed three 10-pin bowling establishments in Western Canada.

I began my working career with my father, and over the course of 14 years, was able to help our business grow into Canada's largest private neon and commercial sign company. One of our important endeavours was the introduction of plastic lighted signs to Western Canada. We sold our business in 1961 to the parent company of Claude Neon. The Levit Sign Company name was maintained and I held the position of President. In 1964 I started the Lakeview Company and in 2004 we celebrated our 40th anniversary.

At age 35 I purchased a city block of property and developed the Courts of St. James, with 756 apartments and a shopping centre, with Canada's first underground connection to all apartments and shops. Following this project, I developed several major projects in downtown Winnipeg including Lakeview Square (which encompassed the 410 room Holiday Inn, 500 apartments, three office buildings and a Japanese Garden), Colony Square, the Royal Trust Building, the Sheraton Hotel, and the InterCity Gas Building. I also take pride in having created the city's first skywalk. Later, I developed a chain of Ichiban Japanese Steakhouses, three of which are in the United States, and a hotel movie system called MovieBar.

In 1950 I married Yetta Minuk. Over the last half century, she has provided me and our three children — Diane, Shelley and Keith — with strength, support, inspiration and love beyond all comparison. She has also provided us with a constant reminder of our Jewish heritage, tradition and values, including an intense compassion for those less fortunate than ourselves.

Our business has now grown largely into hotel development and management. We developed the Holiday Inn (now Delta), the airport Radisson Suite Hotel, 13 Country Inns and Suites, and four Sheraton Hotels, one of which is the Sheraton Four Points Hotel at the Winnipeg Airport. We are also, from our Winnipeg base, developing our own hotel chain, Lakeview Inns and Suites, of which there are currently eight hotels. Other projects which I am proud to have been involved in are the Reh-Fit Centre, The Convention Centre, Dalnovert (the home of Sir Hugh John McDonald), The Asper Jewish Community Campus and The Myles Robinson Heart Foundation, without which Dr. Louis Oppenheimer, Chief of Surgery at the Health Science Centre, would not have remained in Winnipeg.

Our business, founded upon and managed using the principles, ethics and practices taught to me by my parents, has contributed significantly, I believe, to the development of the City of Winnipeg and to the employment and well-being of hundreds of our community's citizens.

By signing the Endowment Book, it is my hope that I might be able to assist The Jewish Foundation of Manitoba continue to reinforce and develop the cultural landscape of our Jewish community.