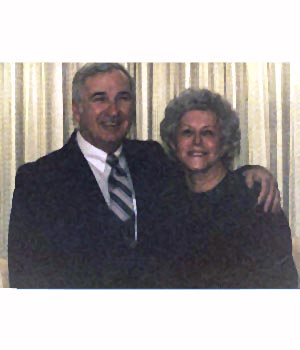 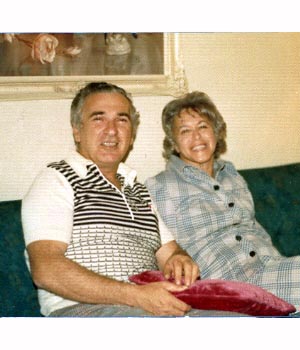 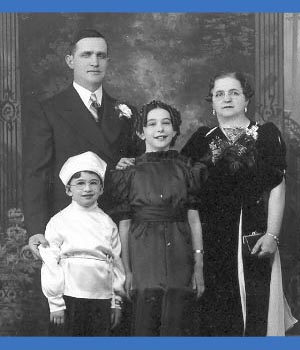 Moishe and Freda with Harry (L) and Toby

According to Toby, Jack Koffman was never able to say no to people. When talking about her late husband, Toby always ended a story saying "when an individual needed something, or something needed to be done, people always asked Jack".

Jack was the youngest of four sons (Max, Morris and& David) and a daughter (Esther) born to Faiga (Kushner) and Kalman Koffman. Both parents were Russian born but arrived in Canada separately. After getting married the Koffman family became as Toby described them "wandering" Jews. The family first moved to Prince Albert Saskatchewan, where Jack was the unofficial godchild of Kalman's lawyer, John Diefenbaker — a future Canadian Prime Minister. After Prince Albert the family came to Winnipeg, stayed until the depression and then on Halloween night eleven-year old Jack and the younger family members were loaded into the car and headed for Dauphin. This is where Jack spent his teenage years. Dauphin had an active Jewish community and Kalman although not religious was extremely knowledgeable in Jewish tradition and custom and made sure his family was raised with a strong sense of pride in their Jewishness and the value system inherent in being a Jew.

When the war broke out three of the Koffman boys volunteered to serve in the Armed Forces, with Jack concealing his real age so that he too could be included. Knowing that "Jews were being killed in Europe" the three brothers' strong sense of duty was brought to the battlefield where each sustained an injury. Toby recalls how Jack was dragged by a fellow soldier out of a tank and had his dog-tags thrown away in case he was captured by the enemy and identified as being Jewish. After a month in a Belgium hospital, not knowing the language and being all alone, Jack returned to Winnipeg to start a slow recovery from his injury.

During this time Jack's parents returned to Winnipeg. Jack was given the opportunity to go to school or to purchase a farm - both options being supported by the military. Instead he joined with his father and two brothers in building their own structure which became home to the family business, Koffman Fur & Hide on Logan Avenue. While all this was happening Jack started to date Toby Rubinfeld.

Toby was the elder of two children born to Moishe and Freda (Greenbaum). Arriving in Canada from Poland in 1926, Moishe worked to earn the money needed to bring his wife and young daughter to Winnipeg in 1929. In 1930 Toby's brother Harry was born. Moishe eventually opened a vegetable marketing business, Stella Produce, named after the location of the Rubinfeld home. Toby remembers her family as being open and inviting. There was always room for a recently arrived person and a helping hand was never denied. It was this background that attracted Toby to Jack.

In 1950, while it was frigid outside the "Royal Alex" the warmth of their relationship was solidified in their marriage. In reflecting on their life Toby speaks with pride about their three children, Gerry (Rachelle), Penny (Jerry) and Ken, and five grandchildren. She is proud of the way in which they are leading their lives. With Penny and her family living in Israel it reaffirms Jack's pride in and support of the State of Israel and their original idea to make "aliyah".

Since Jack's passing Toby continues to actively live the life she learnt at home and practiced with Jack. As a long-time volunteer for the Jewish Child and Family Service, Toby works to assist seniors enjoy their later years. It is this concern for our seniors that confirms the message she has for her children and grandchildren — "remember our past, our Jewish heritage and Israel." Both Toby and Jack loved being Jewish and all that experience meant to them.