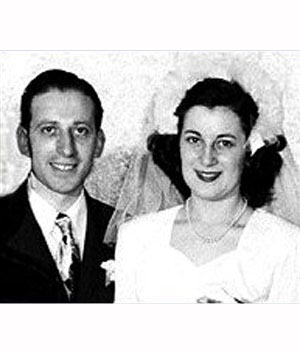 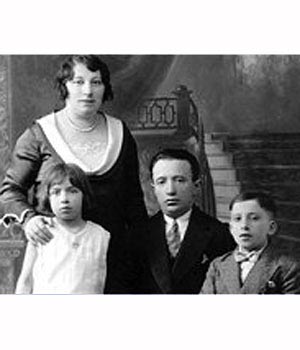 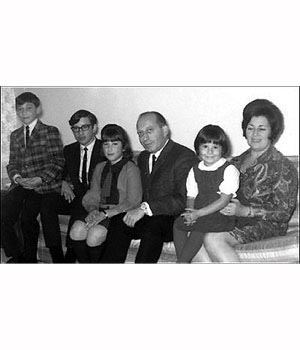 Our parents arrived in Winnipeg from Russia in the early 1920's after travelling for months by boat and train under the most difficult conditions. They had to contend with border guards, care for small children, face a strange language and find employment in a new environment. They were fortunate to have the generous help and guidance of immigrants who had settled here earlier. They were welcomed into their homes until they could find their own living quarters. Free Loan Societies had been established so that immigrants could borrow money for immediate necessities with easy repayment terms.

Established institutions such as schools and synagogues helped with the adjustments to a new language, and with educational, spiritual, cultural and social needs. We are grateful for the kindness and assistance extended to our parents and the opportunities thereby provided for us.

In 1949, Izzy graduated as only the fifth Jewish Chartered Accountant in Manitoba and became a founding partner of the firm Sandell & Peltz where he carried on his profession for 25 years. His community involvement began as a member of B'nai B'rith. When the new West Kildonan Lodge was founded, he became its first President and an executive member of Central Canadian Council. As treasurer of the B'nai Brith Camp Development Committee, he played an active part as they acquired the present Campsite in Kenora. He also served as President of Jewish Child & Family Service in 1967 for a two year period. When the WJCC was founded in 1974, Izzy was elected Treasurer and then was appointed Executive Director and in this capacity served the whole Jewish Community for the next twelve years as well as the acting Executive Director of The Jewish Foundation of Manitoba. On his retirement from the WJCC in 1986, he continued on as Executive Director with the Foundation. On his retirement from that position, and in acknowledging his past service, he was appointed Executive Director Emeritus. He still serves the Jewish Foundation of Manitoba as a member of the Board of Governors and of the Strategic Planning Committee. He is also an executive member of the Winnipeg Jewish Theatre and the Rabbi Rappaport Education and Lecture Series Trust.

Mary (Borodkin), one of five children (three sisters and one brother), chose to be a homemaker, devoting herself to being a supportive wife and mother of four children: Arne (Marva), a lawyer with Legal Aid - Public Interest Section, Harvey (Jo-Anne) - public high school teacher, Claire - lawyer, Sheryl - high school teacher. They also have much naches from their five grandchildren. Her community interests were maintained through memberships in the National Council of Jewish Women, B'nai B'rith, the Y.M.H.A., and Hadassah.

We both feel that it is important for our community's survival that The Jewish Foundation of Manitoba be maintained as a vital part of our community, so that necessary help is always available when needed.