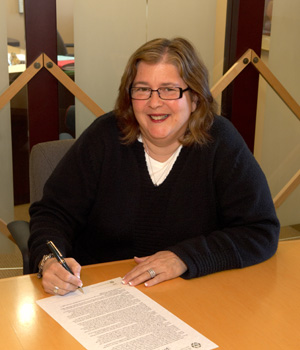 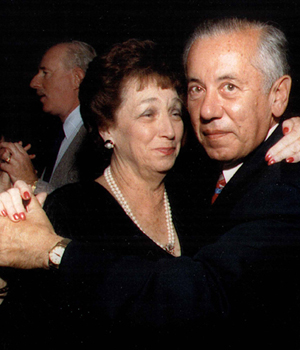 In their quiet and unassuming way Vera and Issie Schwartz were always strong supporters of the Winnipeg Jewish community and of Israel. As such, they were pleased that their daughter Roberta Malam chose a career devoted to the community and to Israel advocacy. Since her return from Israel in 1984, she has spent more than 20 years working for Canada-Israel Experience and the Rady Jewish Community Centre, among other local Jewish organizations.

Roberta recalls how thrilled her parents were when they learned she would be returning to Winnipeg with her family after six years abroad. Atypically, Issie was exuberant while Vera was left speechless. Normally, Issie was the stoic, undemonstrative and quiet one; a typical man of his generation. He drove a Buick, worked long hours, and sat down with the newspaper after dinner every night. Vera was the homemaker and caregiver, completely devoted to her children and her home. She was the one who knew the answer to everything and the one to whom Roberta always turned to for advice. When Roberta married, Vera became a true mother to her son-in-law, Alf.

Vera was born in Winnipeg in 1926 and grew up in the north end, graduating from St. John's Tech . Her father, Moe Katz, had emigrated from a town near St. Petersburg, and her mother, Faye, was an immigrant from Odessa. Vera had one brother, Sydney.

Issie was born in Russia, immigrating to Canada with his parents, Bessie and Joseph, as a four year old in 1928. He had three sisters, Fay, Sooky and Riki. He grew up on Cathedral Avenue, attended St. John's Tech and studied medicine at the University of Manitoba. He began his career as a physician and surgeon in 1952, the year of the flood. He was completely devoted to his patients. He would never take holidays for more than two weeks at a time, and actually planned them around his patients' pregnancies.

Vera and Issie raised their children in a traditional, although not observant, home. They usually celebrated Jewish holidays with their grandparents, and Roberta and Larry attended public school. Summers were spent at the family Winnipeg Beach cottage.

For many years both Vera and Issie participated in a B'nai B'rith recreational bowling league and were members of Glendale Golf and Country Club. Issie loved to golf, curl and play bridge, and read encyclopedias. Vera and Issie were members of both the Rosh Pina Synagogue, where Issie's father had been very active, and of the Shaarey Zedek Synagogue, which they joined for Larry's' Bar Mitzvah. Vera also was a lifetime member of Hadassah.

The family lived on Elm Street, in the house that Roberta, Alf and their children, Yoni, Josh and Amanda, live in today. Roberta's children meant the world to her parents.

Vera passed away in 1998. Issie, who retired in 1996, has lived at the Sharon Home for the last eight years. Having worked as a physician for almost five decades, he invariably touched the lives of many people. He was able to do so, and dedicate himself so completely to his career, because of the love and support of Vera, who stayed at home looking after all the details of daily life.

By participating in the Endowment Book of Life, Roberta is ensuring that their dedication and commitment to each other, to their family, to their community and to Israel, will be remembered.