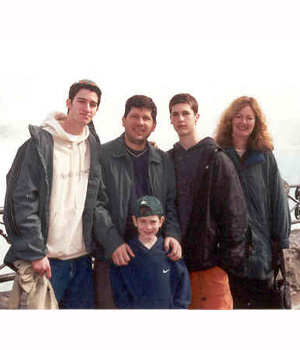 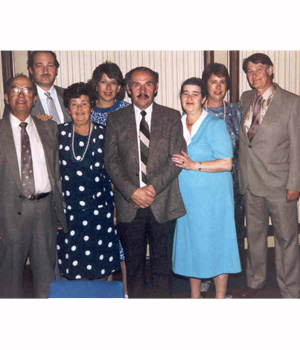 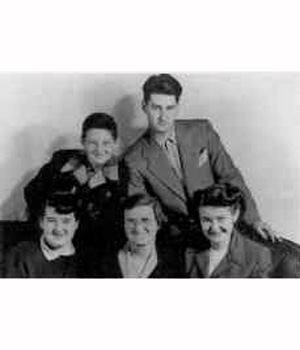 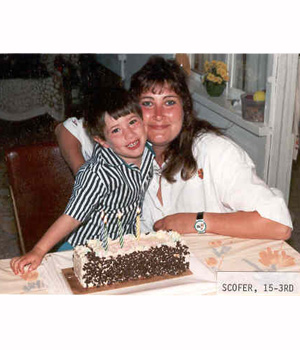 Israel's father David arrived in Canada in 1908. He left Kishenev, Romania as a young man ending up in Cardiff Wales at the age of 18 to work in the coalmines. When immigration opened up in Canada offering a 1/4 section of homestead land in the Interlake for $10.00, he left the coalmines for Camper, Manitoba to farm. When the farm burned down he left for Winnipeg in 1919 to work for the CPR. His mother, Esther Goldie Bunis left Grovno, Gebernia Russia as a young woman and made her way to Warsaw and then to Danzig because of the Russian pogroms. The rest of the family also escaped to avoid service in the Russian Army. She arrived in Winnipeg in 1920. Israel is named after his grandfather, who was killed in the pogroms.

Rabbi Horowitz married Israel's parents in 1922 and they had four children, Israel, Anne (Chmelnitsky), Dora ( Lieberman) and Julius. After leaving the CPR David first became a fruit and vegetable peddler, then a buyer of cattle and finally a dealer in metals. The Wises kept an Orthodox home. Their shule was the Talmud Torah where Israel had his Bar Mitzvah in 1937. At 18 he joined the RCAF and was posted throughout Canada before going overseas.

Marion Levine's parents came from opposite ends of the world. Her father Frank arrived from Kiev while her mother Caroline was from North Dakota. After marrying they lived in Moosehorn for thirty-three years operating a farm and a general store. It was in Moosehorn that Marion was born as well as her younger brother David, who married Donna Erhart. After finishing her elementary education in a one-room school, Marion moved to Winnipeg to study at St.John's and the University of Manitoba, living with the Reidder family. In 1951 the family permanently moved to Winnipeg. Levine Boulevard is dedicated in honour of their involvement in the community.

Following the war Israel studied at the Maurice School of Design in Montreal after which he enrolled in the Social Welfare Course at Assiniboine College, Brandon, and then went to work for the Manitoba Provincial Government in the Department of Residential Care Licensing for 25 years. Marion also worked for the Provincial Government involved with auto licensing. Marion and Israel married in 1954. They had two children, Francine Gail Teller a registered nurse, now residing in Thornhill, Ontario, married to Moshe Teller. They have three children David, Jonathan and Joshua. Their other daughter Elaine Goldie Shofer is a teacher also living in Thornhill Ontario, with her son Nathan.

During Israel's youth he was involved in the Zionist Youth Group, Hashomer Hatzair in Winnipeg. On his retirement the family gift was enrollment in the Israeli Army SAR EL volunteer program working at the Army base Nachal Tzorek.

For many years he was the cub and scout leader of the 19th troop. From 1958 to 1976 Israel was the United Synagogue Youth (USY) Director at Shaarey Zedek Synagogue. In these activities Marion and Israel worked together.

Israel and Marion continue to be actively involved in the General Monash Branch 115, Royal Canadian Legion. Israel has served three terms as President of the legion and is a board member of the Monash Manor while Marion is an active board member of the Ladies Auxiliary. Israel is thankful that he has lived with a caring and compassionate partner who has supported and assisted him in all their community activities.

They both feel that the Winnipeg Jewish community has much to be proud of when reflecting upon all the opportunities the community offers. They hope that future community members recognize and capitalize on these opportunities.