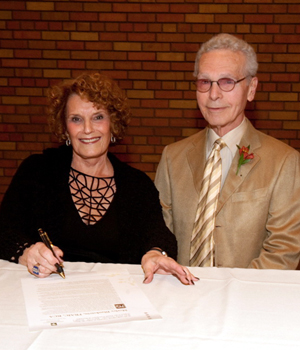 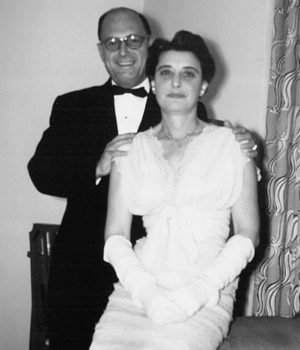 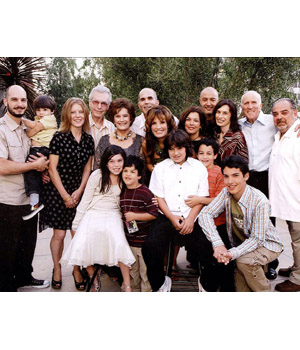 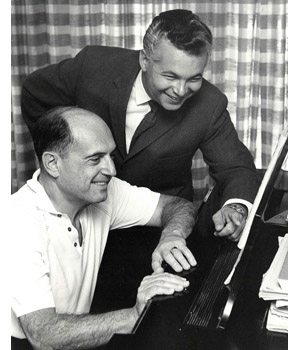 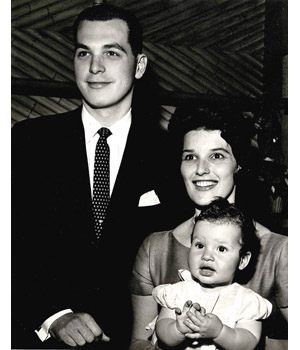 "The world is a concerto, A song in which each singer has a part
A classical concerto, A rhapsody that's ringing through my heart."
- Barbra Streisand

My family history is truly a concerto of musicians, singers and artisans.

Sam Coganow, my maternal grandfather, was a Marrano Jew, an artisan who designed and built the ironwork for the Shah's palace. He and his wife, Basha (Bessie) Comisarov, who was from Maripole and whom he met after moving from Persia to Russian Turkestan, had eight children: Ray, Ruth, Sophie, Clara, Lillian, Rose, Belle and Lou. Lillian was my mother. Their grandmother, who lived with them, made beautiful quilts. She belonged to a tailor's union, under the management of the infamous Stalin. It was Stalin's regime, in fact, that motivated the family to leave their home and make their way to Canada.

Here, my mother flourished and, like all of her siblings, pursued an education. She earned a degree in Education from the University of Manitoba and excelled as a mathematician. She was very athletic and played basketball for the university women's team. She also enjoyed sculpting and pottery.

Moishe (Morris) Genser, my paternal grandfather, was born in Vienna, Austria in 1880 and came to Canada as a child. Initially the family settled in Montreal where he continued music studies with the violin and clarinet. In 1900 the family moved to Winnipeg and Morris worked as a cigar maker. His true love, though, was music and he left his job to play professionally with the bands and small orchestras that made up the Winnipeg music scene at the time. He became the first conductor at the Walker Theatre, a position he held for 30 years. He organized and conducted the 60-piece orchestra that played at the opening of the Manitoba Legislature in 1921. The Winnipeg Free Press called him "the man credited with the creation of the Winnipeg Symphony Orchestra."

In 1926, he opened a sheet music store at Portage and Fort that gradually expanded into radio sales, then appliances, and, in 1937, into furniture. Genser's Furniture at 292 Portage Avenue became the largest furniture store in Western Canada. In the meantime, he had met Bella Druxerman from San Francisco and they married and had three sons — Lawrence, Harold and Percy. Lawrence was my father.

All three of the Genser boys shared their father's musical abilities — my father was a concert pianist, Harold played the cello, and Percy played the flute. They became The Genser Trio, a popular group on Winnipeg radio. They also played in the orchestra pit at the Walker while their father conducted — concerts with Jack Benny, Eddie Cantor, Sophie Tucker and many other performers. At the age of 50, my father went to study piano with Adele Marcus at Juilliard. He played with Victor Feldbrill and the Winnipeg Symphony Orchestra. He was passionate about music.

Due in no small part to their mother's persistence, all three boys also worked in the family business, a business that endured for 46 years. Our three families were very close.

I attended Queenston, Robert H. Smith, and Gordon Bell schools. While I enjoyed school, it was the extracurricular activities that I really enjoyed! James Duncan, the music teacher at Gordon Bell, drafted me to attend there so I could take the lead soprano roles in the school's musical productions. He later established the Hollow Mug Dinner Theatre where I performed. I also had numerous roles at Rainbow Stage under John Hirsch and Arnold Spohr's direction.

After high school, I studied fine arts at the University of Manitoba because I loved to draw. I auditioned for Juilliard but since the age of 15 I had been dating Robert Corne and we got married while he was in his fourth year of medical school. Bobby took his post-graduate training in internal medicine and cardiology at the Mayo Clinic in Rochester, Minnesota where I had the privilege of studying opera with Edith Tabasso. I auditioned at the Metropolitan Opera; I was thrilled that my father came and played for me. While I had great reviews, we had started our family and free time was at a premium.

In 1964 we moved to San Francisco and although we now had three children, I was able to pursue my love of opera. I was privileged to study with Robert Weede and to sing in the chorus with the San Francisco Opera. I was also the soloist at the First Methodist Church! I met so many interesting people and thoroughly enjoyed our time in San Francisco. During Bobby's sabbatical year, which our family spent in Israel, I studied opera at Mishkanot Shonanim and also began designing jewellery.

Once settled back in Winnipeg, I pursued another passion, interior design, a business which lasted for 30 years. I also kept studying opera and sang solos with the opera company, did concert work, and did benefits for numerous charities. I volunteered with the Women's Musical Club and National Council of Jewish Women, sang for seniors' centres, and organized social events. I have been known to be called the "party queen".

Bobby and I have four children. Lesley is trained as a psychiatric nurse but has also pursued her passion for singing. She has done a one-woman show on Broadway and has done innumerable shows from New York to Los Angeles, and Toronto. She is married to businessman Jeff Wolman and they have two children, Serena and Yale. Janet, who lives in Vancouver, has degrees in Fine Arts and Interior Design. She is an artist and interior designer and works with her architect husband, Michael Katz. Maureen is a lawyer and lives in Israel with her businessman husband Avi Slama and their three sons Ariel, Liav and Neeve. Eric grew up loving sports but the music gene was too strong. He earned an Honours Political Science degree and then studied music at McGill. He moved to Los Angeles where he has pursued music both as a performer and as an engineer/producer. He is married to Aimee Fenn and they have a son, Ira. I am thrilled that our grandchildren are also evidencing an inherited love of music and theatre.

I am proud of our family and their many accomplishments. My community and our many friendships are so special to me. My life has been filled with beauty and music, laughter and friendships and I am very grateful. My participation in the Endowment Book of Life is testament to my appreciation for all that I have been given.