In memory of Sam and Jen Cohen 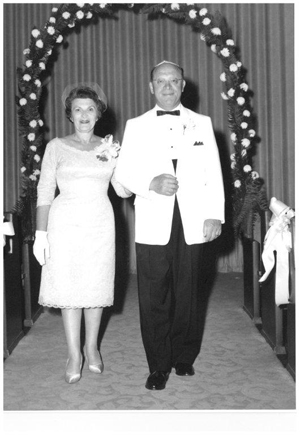 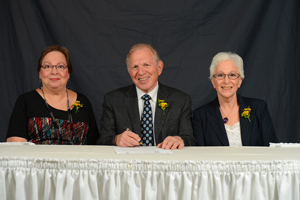 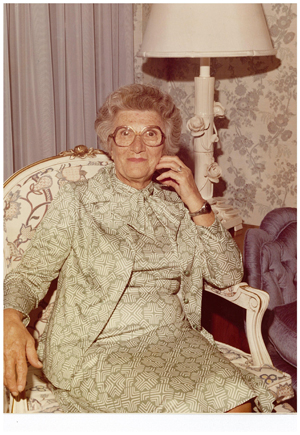 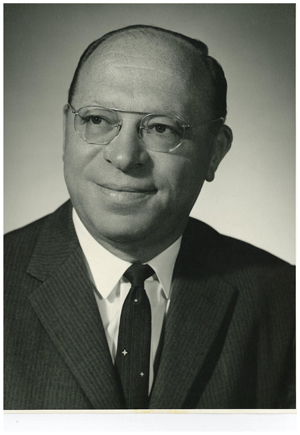 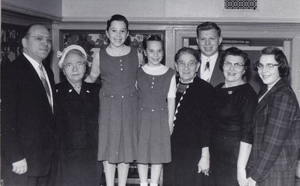 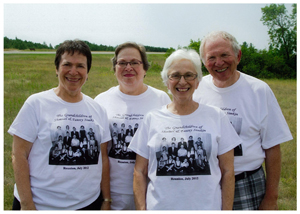 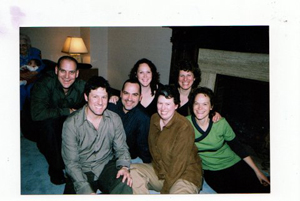 Their home was a magnet. For Sam and Jen Cohen (née Simkin), the most important things in life were family and community. They were happy to have their home full of friends and family for Jewish holidays, casual visits, and family game nights. They were known to host seders for up to 90 people in their rec-room on McAdam. Their spirit of generosity and hospitality was adored by relatives, and inherited by their four children.

Sam Cohen was born in Winnipeg in 1910 to Joseph and Minnie Cohen (née Eisenstadt) who came to Canada from Romania. Sam was the twin brother of Marion (Bloomfield) and had two brothers, Eddie and Irvin. Growing up, he attended Aberdeen School and St. John's High. He was a hard-working man who held a variety of jobs throughout his life including work as a photographer, a milkman, a dry goods store manager, and a life insurance underwriter. He was active with B'nai Brith, the Technion, and the Hebrew Fraternal Lodge, and later in life enjoyed attending morning minyan services at Rosh Pina Synagogue. He loved curling, cards, and socializing with friends. He was known for his sweet homemade wine, several bottles of which are still shared by his descendants on special occasions, even though he passed away in 1969. Sam delighted in activities with his kids, and cribbage games with any of them were a regular occurrence in their home. Sam was always available to his children. All four of them recall their dad happily driving them to school, activities, and appointments whenever and wherever.

Jennie (Jen) Simkin was born in Winnipeg in 1910 to Samuel and Fanny Simkin (née Breslovsky). Jen's parents came from Russia and from 1913 until 1928 farmed in Pine Ridge. Jen was the oldest of the Simkin children. Her siblings were Saul, Clara (Erlichman), Blackie, Jim, and Abe. Life in Pine Ridge was a struggle as farming conditions were poor. Still, her parents managed to sustain the family, contribute to the community, and lead meaningful Jewish lives. In her young teens, Jen left the family farm and moved into Winnipeg. She sacrificed any further schooling, working full-time in order to help support the family. Jen continued working in various Simkin businesses as her children were growing up. After Sam passed away, Jen studied to become a travel agent, which she worked at for a number of years. Jen loved to be busy and if she wasn't helping a family member with something she was asking her brother to find her a job, even in her 80s and 90s.

Jen and Sam met in Winnipeg and were married in 1933. They immediately moved to Chicago where they ran an ice-cream store for about a year and then, missing family, they returned to Winnipeg. In 1950 at the height of the Winnipeg flood, they moved to Dauphin for a year and a half where Sam managed a department store. They then returned to Winnipeg, and in 1957 built a family home at 224 McAdam.

They had four children: Jerry (who married Carole Shell Z"L and later Susan Margolis); Ester-Malka (Em); Barbara (married to Robert Hyman); and Saralyn (married to Jim Greenblatt). The four children all graduated from I.L. Peretz Folk School where Jen was a very active volunteer on the "Muter Farein." Jen and Sam opened their doors widely to all, especially their children's friends. Sam enjoyed interacting with his kids' friends; and Jen always made sure there was something in the fridge for them to eat. They were supportive and giving parents who encouraged their children in their endeavours. Although Sam passed away before he could enjoy a relationship with all of their grandchildren, Jen delighted in the time spent with the seven grandchildren: Shira (married to Stuart Slayen), Naomi (married to Sheppy Coodin), and Ari Cohen (married to Lisa Ryder); and Yehoshua (married to Neta Hasson), Ariela (married to Adam Bar-Yacov), Shmuel (married to Orli Hamamo), and Zvia Greenblatt (married to Moshe Elmakies). And there is now a legacy of 18 great-grandchildren — chai!

Among other hobbies and interests, Sam liked to garden and in nice weather could be found in the yard cutting the grass or watering the flowers in his undershirt with a cigar in his mouth. Jen liked to knit and crochet and, in fact, many of her sweaters can still be found in her children's or grandchildren's homes. As a couple, they had an active social life. They were busy, outgoing, and gregarious.

Jen chose a quieter social life after Sam passed away in 1969, focusing on her work and on her family — mother, siblings, children, and grandchildren. She was extremely generous with her children and grandchildren and nothing was more important to her than spending time with them. She loved travelling to Israel every year for as long as she was able, where she helped Saralyn and Jim with their young children. Whether as a Savta or a Bobi, she relished the role of grandmother, and embraced the chores and challenges that came with it. Nothing delighted her more than keeping busy and making her family smile. A favourite family memory is when she went down a toboggan slide wearing a mink coat, nylon stockings, and high heeled shoes and carrying her purse while her children and grandchildren laughed and cheered.

In later years, dementia started to win its long battle with Jen, and for the last several months of her life she spent much of her time resting in her bedroom. In September 2010 at a party held in her apartment to mark her 100th birthday, Jen emerged from her bed, dressed in her finest, and joined her family to sing, clap, dance in her chair, and share kisses and hugs with her immediate and extended family. Not surprisingly, Jen could not resist the opportunity to give her family one more party, one more event where her home was full of laughter and joy. She passed away three months later.

Jen and Sam were wonderful parents and active members of the Jewish community. They would have been very proud to be included in the Endowment Book of Life as a way to perpetuate and celebrate Jewish values.