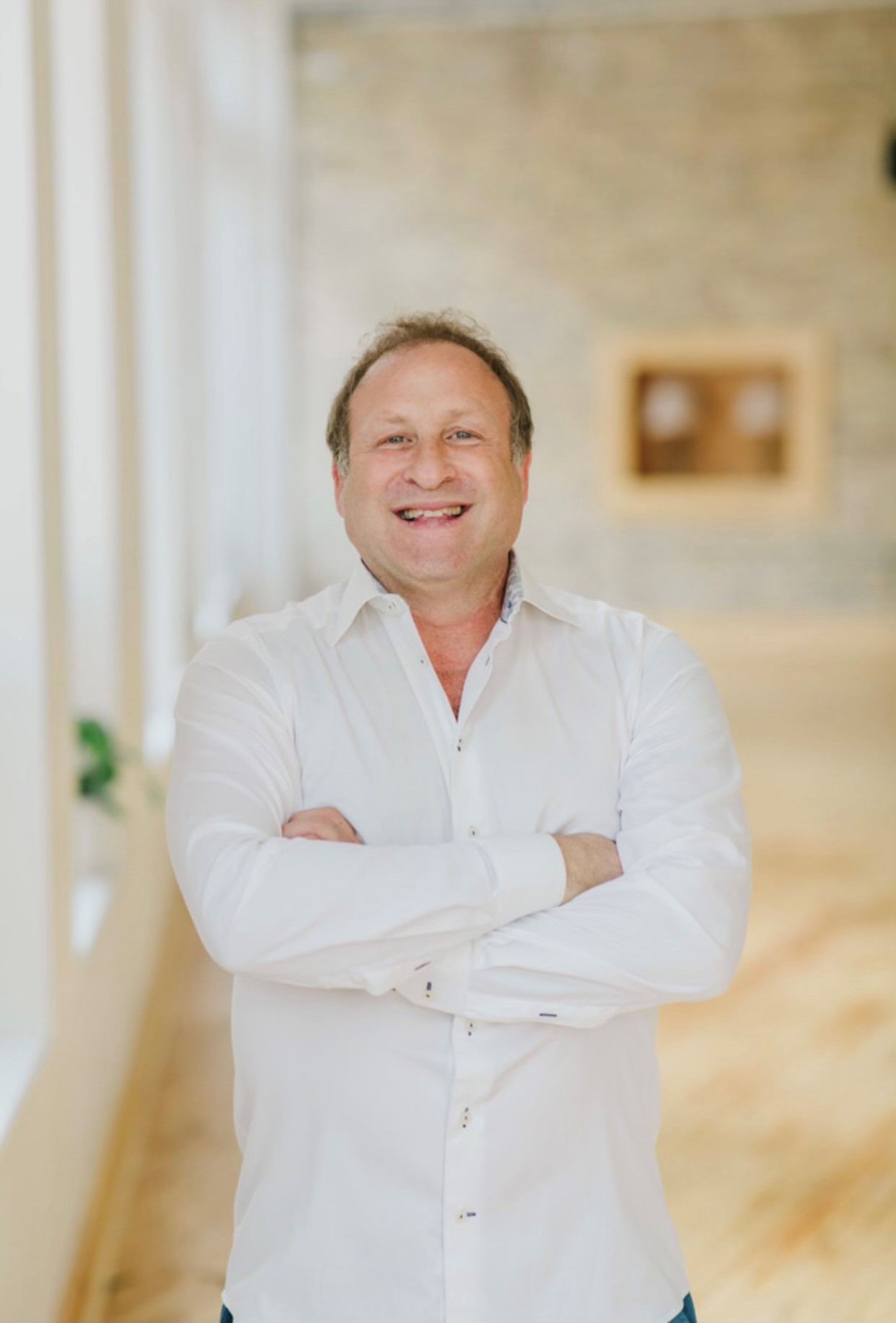 The most important things Ian Rabb has learned in the past 20 years of his life is that the journey is often more important than the destination, and that it’s important to be open to life’s lessons, no matter how harsh they can be.

Having been sober for many years, Ian is now able to look back at the pivotal turning points in his life that have ultimately led him to where he is today; a man who has dedicated the most re-cent chapter of his life to the service of others, helping them on their recovery journey while still working every day on his own.

But before he was able to reach this point of contentment and kindness, Ian faced true struggle, which informs his work to this day.

Ian, born Jan. 3, 1965, battled addiction issues for much of his young adulthood, and during his time in Chicago — both throughout and after his studies at the Illinois College of Optometry — in the early 1990s, substance abuse took over his life. Ian graduated with a master’s degree in visual science and a Doctor of Optometry and was practicing in Chicago for a number of years while also dealing with the casualties of his addiction, which included strained family relation-ships, numerous encounters with law enforcement and, later, homelessness.

Despite the rift with his family, Ian’s father, David Rabb, always had his best interest at heart. David pushed for Ian to enter treatment for his addiction, and after many years away, Ian re-turned to Winnipeg supported by his parents, Sheila (Pitch) and David, his brother Jeff, and sister Irene, who had previously allowed Ian to live with her in Denver prior to his move home.

During his recovery, it became evident to Ian that addiction had always been part of his disposition but showed itself in different ways; as young person, that void was filled with activities and praise.

From a young age, Ian was heavily involved in Winnipeg’s Jewish community and recalls being very attentive and interested in the traditions and culture, especially while attending synagogue with his maternal grandfather, William H. Pitch. Ian inherited a lot of his desire for community involvement from his parents and grandparents, who were also very active in various commit-tees and leagues, and were generous in their philanthropic efforts.

At the age of nine, Ian was already getting his feet wet in entrepreneurship, selling items door-to-door, working at a drugstore, cleaning garages, paper routes — always doing something.

As Ian aged into his pre-teen and teenage years, the commitment to participation grew to fill the majority of his time; he joined the Chai Folk Ensemble and became very active in USY (United Synagogue Youth), later filling the vice president role for the EMTZA region. Ian also completed USY’s year-long program at the Hebrew University of Jerusalem for his first year of university and took kids on trips to Israel during his summer breaks. He was on the early committees of the Israeli pavilion for Folklorama and also became very involved in the Winnipeg Folk Festival for a number of years.

He was doing everything for everyone, including fundraising for different organizations and participating on sports teams for track and field and hockey. Ian was the golden boy and that status was satisfying his addiction.

When Ian went away to university, first to Waterloo, Ont., and then to Chicago, all the time he spent on all those activities was now free to be filled with something else. Searching for that sense of community Ian was now missing led him to drugs, alcohol and crime, where he took advantage of that entrepreneurial hustle to keep himself afloat.

Upon his return to Winnipeg and as he navigated the various stages of his own recovery, that entrepreneurial spirit returned with a more positive trajectory and Ian joined every board of every addictions organization that would have him, such as the Addictions Foundation of Manitoba and Tamarack Recovery Centre. He was also asked to be on the board of directors at Jewish Child and Family Service and spent more than a decade raising funds for both the Children’s Hospital and Health Sciences Centre.

At this time, Ian also reignited a relationship with God as he worked his way through the 12-step program. In that program he also met Tom Grafton, who became a life-changing friend and mentor that Ian credits with providing the foundation he needed to be successful in recovery.

As he continued his recovery journey, Jewish teachings and ideologies became a more prominent part of Ian’s life. He always went to synagogue and participated in holiday rituals and celebrations, but he took a much greater interest in spirituality and other Jewish traditions later in his sobriety.

During his early recovery, Ian, with the help of his brother Jeff, was able to purchase a house, 210 Maryland St., which he turned into the Two Ten Recovery, a supportive housing space developed to help those with their long-term recovery. Since opening Two Ten, Ian has opened two more houses, creating a total of 31 beds, and has helped thousands of people treat and over-come their addictions through his work. Ian is also a founding member of the Aurora Centre in Gimli, was the director of business development for Edgewood Health Network, working with all of its centres across Canada in terms of operations, but also working with people and families to make sure they get the help they need. Currently Ian is the chief clinics officer of Universal Ibogaine, with plans of opening 10 clinics in three years across Canada which will offer current and new treatments for addiction. By joining the team at Universal Ibogaine, Ian is fulfilling a lifelong dream of trying to find new and improved ways to help people with — and guide their families and loved ones through — the challenges of addiction.

Because of his work, Ian has been honoured with several high-profile awards, including the Queen’s Diamond Jubilee Medal — awarded to those who have made outstanding and exemplary contributions to their communities — in 2012, and in 2016, was named a Manitoba Hero. Ian was also named a Scotiabank National Game Changer finalist in 2012, an award that highlights community heroes who have quarterbacked changes in their region.

And while these accolades are highlights of his life, it means even more to him that his parents can be proud of the work he has done and the man he has become.

Throughout all of his trials and tribulations, Ian remained close with his father, who Ian describes as the most wonderful man — considerate, loving and tolerant. As a child, Ian spent every Saturday with his dad, and that relationship was a true blessing in his life until the time David passed in December of 2020. And while that loss was a difficult one, it has given Ian the opportunity to build a closer relationship with his mother, an incredible woman he says had a tremendous im-pact on the man he is today. Ian has also since reconnected further with his Jewish faith, and has begun participating in synagogue again after decades of absence, finding comfort in the emotional and spiritual atmosphere of this community.

Despite the loss of his father, Ian is happier than he’s ever been, settled in Winnipeg with his life partner and soulmate, Trevor Scott Watson, and their three dogs. And through his continuing recovery process, Ian has felt a kind of rebirth; he has been given a new sense of happiness, freedom and joy that were unattainable when in the darkest parts of his addiction. Now, a complete abnegation of self and living a life of service are Ian’s guiding principles, and it is his desire for others who may be struggling, to know his story and how he overcame adversity to become a person who gives freely of themselves.