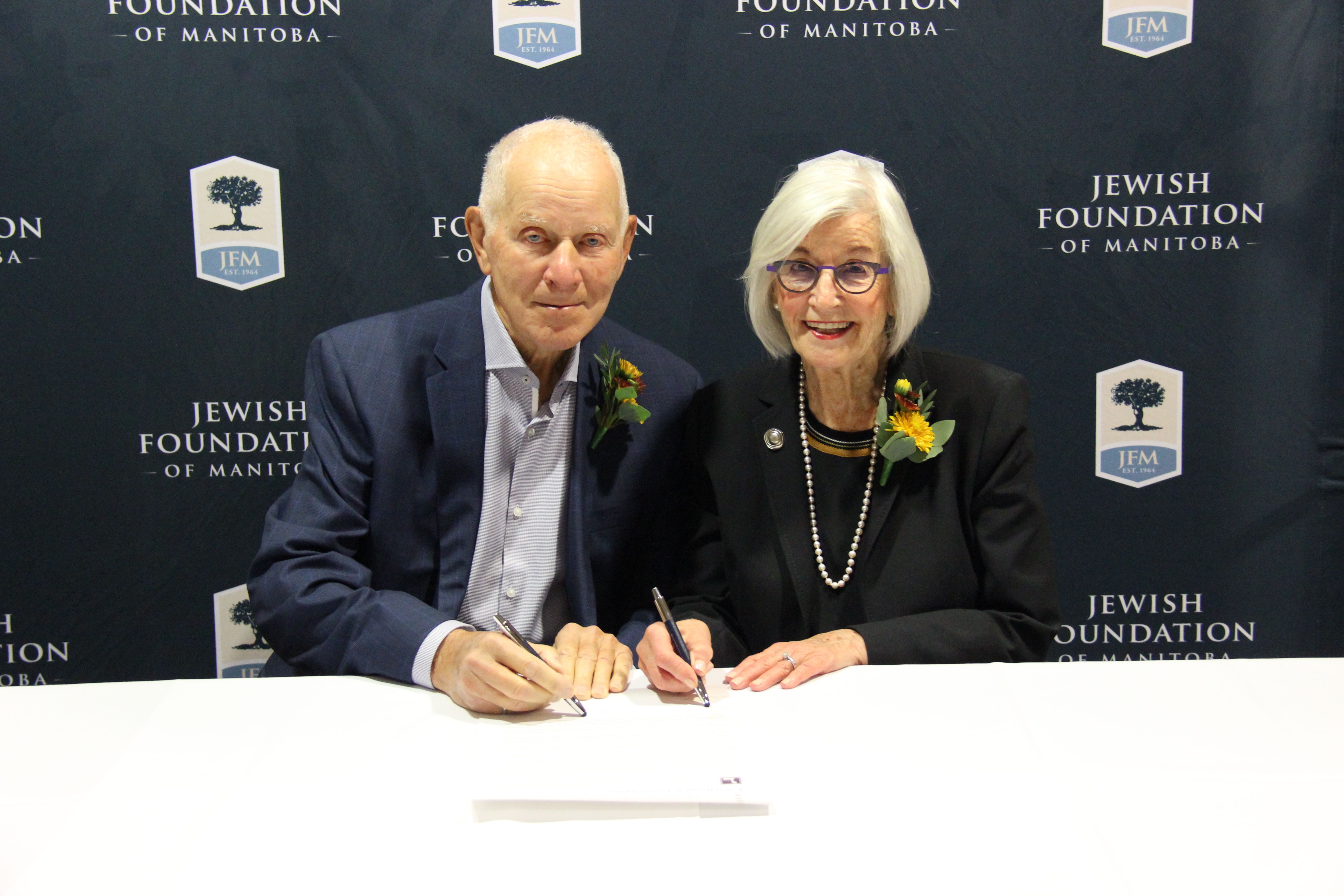 "Being deeply loved by someone gives you strength, while loving someone deeply gives you courage." — Lao Tzu

Hy Dashevsky is documenting this story in tribute to his grandparents, whose great love for their sons changed the course of his life.

The year was 1912 in Dnipropetrovsk, Ukraine. The Czar was conscripting young men for service in the Army which meant a 25-year commitment to war or to the wilds of Siberia. Anti-Semitism was on the rise, and the future was uncertain. Herschel and Shifra (Steinberg) Dashevsky's love for their sons, ages 16 and 18, gave them the courage to release them to head for America. They were smuggled to Poland, and from there boarded a ship to Halifax. Surely the love of their parents gave these boys strength as they left all that was familiar behind, and began a new life in this foreign land. The younger of the two, Hy's father Jacob, always recalled that the first English words he was taught when he landed in Canada were, "Mister, give me a job."

Jacob worked odd jobs in the east, including a time working in a brick factory, but he had always wanted to be a farmer. When opportunity arose to work for a farmer named Leclerc, he came to Brunkild, Manitoba and it didn't take long for him to fulfill his dream of purchasing his own farm — Section 30-7-1W in the Macdonald Municipality, 30 miles southwest of Winnipeg. In 1921, at the age of 24, Jacob married Bryna (Bertha) Shore, newly arrived from Bessarabia. Her family too had exhibited great courage and love to create a better life for their family.

Her parents, Chaim and Sarah (Rabinowitz) Shore lived in a town that has changed names and countries numerous times but is today called Edinet in Moldova. They had two children, Bryna and her brother Morris, when Sarah unexpectedly passed away. Chaim remarried a woman who had two daughters, and a short time later made the difficult decision to leave his family behind for Canada, to see whether that might be a place where he could move his family. A son, Max Shore, was born shortly after he left. Warring nations, growing anti-Semitism, food insecurity and rampant disease had prompted this decision and circumstances became even worse when World War I erupted. Contact became impossible and he was unable to send for his family. When the war ended in 1918, Chaim could finally send money and passage; they departed by ship from Liverpool, England in 1920. Bryna was 18 when she arrived in Winnipeg.

After their marriage, Jacob and Bryna settled into farm life and began their family — Maurice, Eleanore (Rosen), Sally (Goldberg), Faye (Bloomfield), Rosetta (Adler), Edie (Adler), Hyman, Norman, and Harriett (Wolfe). Hy was born on October 10, 1931 and has fond memories of growing up in the country. Although the family lost the farm to foreclosure in 1939 and moved into the town of Brunkild, Jacob and his family worked hard and soon purchased another farm and additional land as time went by. During the war when food was declared a "weapon of war", wheat and bacon were in high demand and so they grew feed grain and raised hogs. Hy recalls the adventures of a pioneer farm life with no plumbing or electricity. There were large vegetable gardens to tend, water to be hauled in, and wood to chop. A windmill with a battery provided some light but otherwise it was lanterns; a pot on the stove heated the water for the steel bathtub in the basement; a manual wringer washer was used to do laundry; and orange wrappers provided the softest paper in the outhouse!

Hy attended school in Brunkild until Grade 11. He had a cousin who attended St. John's Tech in the city and after harvest he began his Grade 12 there, renting a room from a classmate. After graduating, he was the first one in his family to attend university where he studied sciences and then earned his degree in mechanical engineering. He worked in Toronto for four years and in 1960 returned to Winnipeg. Together with Jack Klein, he opened the engineering firm of Klein & Dashevsky (later K & D Engineering). The following decades were demanding but invigorating with a wide variety of commercial projects such as high rises, hospitals, malls, nursing homes, and office buildings. While head office remained in Winnipeg, they also opened an office in Calgary and had projects in a number of cities including some overseas in Ghana and Zambia with the Canadian International Development Agency.

In 1974 Hy's life took an interesting turn when, together with a partner, he started a company which manufactured a Winnipeg culinary treat called Pizza Pops. After he bought out his partner, Hy modernized the manufacturing to a continuous belt process, a feat of engineering that was challenging given the nature of the dough and the filling ingredients. He cites excellent relationships with an electrical contractor and a machinest as being the "recipe" to the manufacturing success. In 1987 he sold the company to Pillsbury and continued to manage the factory for four years. He recalls those years as being a consistent routine of waking up at 5:00, going to the Rehfit for some exercise, stopping in at the factory to take care of business there, and then heading to the engineering office for a full day of work. He retired in 1991.

In 1985, at the 75th St. John's Tech reunion, Hy was introduced to Esther. Both of them were divorced, and love found them. They were married at the Shaarey Zedek Synagogue on June 7, 1987.

Esther's father, Benjamin Dubnicoff, had come to Canada from Russia in 1924, brought here by his brother-in-law, Aaron Nemy, who lived in Beausejour. Together, they opened N & D General Store in Whitemouth, Manitoba. Esther's mother, Annie Surowiec, was born in Alberta but her family moved to Lac du Bonnet, Manitoba. Annie and Benjamin were married in 1936 and had six children: Ernest, Jack, Esther, Dora, Gertie and David. Sadly, Benjamin passed away in 1949 at the age of 52, leaving Annie to raise her children who ranged in age from 13 years to only 18 months.

Hy and Esther have enjoyed travelling to many countries around the world, but their "foreign trips" are now mostly spent visiting their children and grandchildren. They enjoy their winter home in Pompano Beach, Florida. Hy has been a runner for many years and still jogs six miles every morning as well as plays golf. They enjoy playing bridge and other table games, attending community events and spending time with friends and family. While the Jewish community was not a large part of their small-town upbringing, both connected as young adults with their Jewish heritage and are proud to be part of, and to support, Winnipeg's close-knit community.

Both Hy and Esther acknowledge the 'homespun wisdom' that has guided their lives — a belief in the value of hard work, managing your affairs with care and attention, using good old-fashioned common sense, and loving your family. Herschel, Shifra and Chaim could hardly have imagined the lives their descendants would be privileged to enjoy because of their courageous decisions, but they would no doubt be proud that these deep-rooted values are being passed on to future generations. And may they all go from strength to strength.