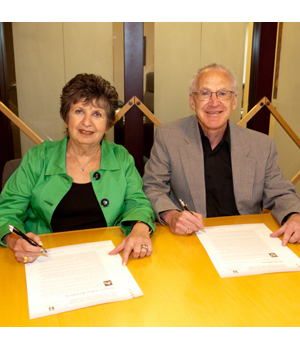 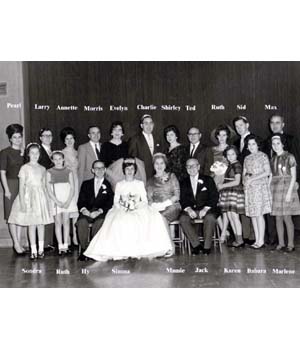 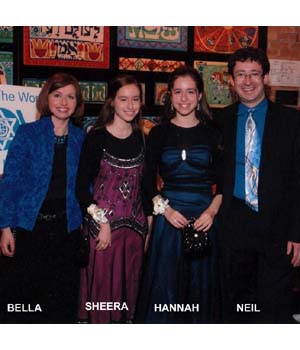 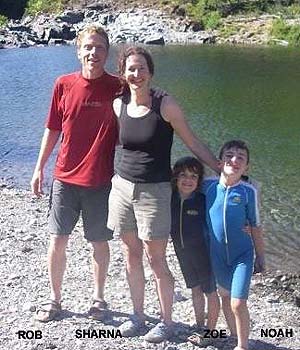 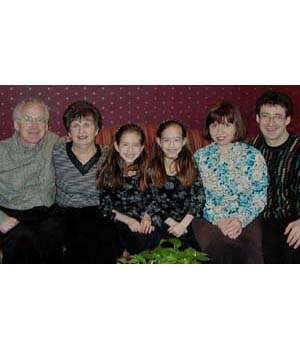 Hy and Simma enjoy time with son Neil and his family

While this Serenity Prayer is a personal favorite of mine, it may well have been the plea of my forefathers who suffered the persecution and hardship of anti-Semitism at the turn of the 20th century.

My father, Yakov (Jack) Kraitberg, was born in Balta, Russia in 1891. As a young man he boarded ship and travelled to Canada, leaving his parents behind. I do not know their names. He came to Winnipeg and made his living, first as a prompter in the Yiddish theatre, then as a milkman and a house painter. In my memory he is wearing paint-splashed overalls and I remember paint cans, ladders, and scaffolds. At the end of his work life he was the shamus at the Herzlia synagogue.

My mother, Mamie Sandler, was born in 1904 in Riga, Latvia. Four years later, her parents Hyman and Rivka Sandler who came from Libau, Latvia, decided to leave the hardships of their homeland and move to Canada. Here Hyman, whom I was named after, owned a taxi company. He was active in the community and was one of the founders of Chesed Shel Emes. My mother worked as a bookkeeper at Manitoba Barrel & Drum, and also for the Israelite Press. She was active with the General Monash Legion.

My parents established their home on Magnus Avenue. They had ten children: Charliez”l, Shirley (Velinz”l), Ida (McElreaz”l), Morris, Maxz”l, Zelda (Doell), Sidney, Larry, Hy, and Annette (Nowe). Our home was definitely a hive of activity. My mother was a great baker and cook, and loved to play cards and bingo. She was very sociable and we had people over all the time. Needless to say, especially once our family expanded, we had huge seders and they were wonderful!

I attended I.L. Peretz Folk School for kindergarten through Grade 7, years that I particularly enjoyed. I then went to Machray for Grades 8 and 9, and St. John’s Tech until graduation. I loved reading, music and movies, and playing street baseball and football. With so many siblings, there was always something to do! I enjoyed growing up in a multi-cultural area where there were people of many different ethnic backgrounds.

After graduation I chose a career as a Chartered Accountant, a significant decision since I would be the first professional in my family. I articled with Schacter, Levenstein & Fingold and after graduating in 1963 spent some time in public practice with that firm. I worked for a short time with Cham Foods, and then took a position at Winnipeg Photo. I had a very satisfying career as Controller/Vice President of Finance at Winnipeg Photo for 31 years until my retirement in October, 2000 at age 59.

Though I enjoyed my profession, my life has been most enriched by my family. I met Simma Adler when my brother’s then-fiancée introduced me to a fellow student nurse. Simma graduated as a Registered Nurse in 1962 and we were married in December, 1963 at the Hebrew Fraternal Lodge. We have two children. Our son Neil graduated from medical school and is a practicing psychiatrist. He is married to Bella Chudis, a teacher, volunteer and mother to their twin girls, Hannah and Sheera. They live in Ottawa. Our daughter Sharna is an attorney working for the B.C. Attorney General’s Department. She is married to Rob Garson, also trained as a lawyer and now a stay-at-home dad to their two children, Noah and Zoe. They live in Victoria.

Other than work and family, I have enjoyed a variety of interests including golf, travel, and working with Photoshop. We presently visit Victoria and Ottawa frequently to see our children and grandchildren. At the age of 58 I decided to do something I had always had an interest in – I took piano lessons!

Over the years I have volunteered with the Canadian Cancer Society and the Gwen Secter Creative Living Centre. The Jewish community is important to me and I hope that it continues to prosper and grow and that there is peace amongst all groups in the community. It would also be nice if there was better access to kosher foods…

I am very proud of Simma who excelled in both of her careers - as R.N. and as a wife and mother (and now grandmother) - and of the personal and professional accomplishments of each of my children. For each one of my family members, and for future generations of our family I wish long life, health, happiness, and a continued love of Jewish value and tradition. By participating in the Endowment Book of Life we hope to keep our family history alive, and to perpetuate Jewish life in Winnipeg.