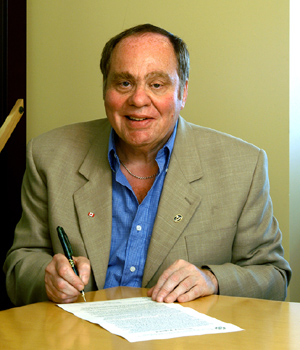 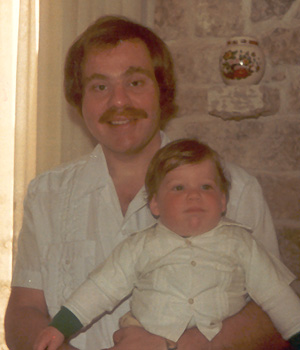 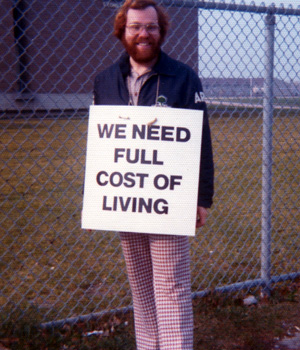 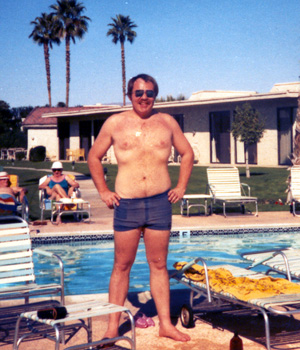 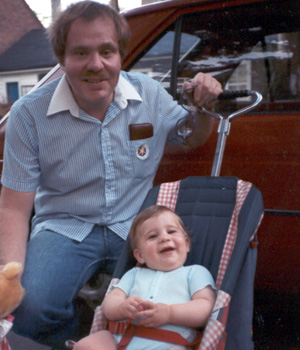 I grew up in downtown Toronto in an area from which the Jewish population was migrating to other parts of the city. The high school that I attended was once 95% Jewish. By the time I was in grade 10 it was down to less than 30%. I managed to maintain my Jewish identity by going to the YMHA which was around the corner. I started going to the "Y" when I was six, and now that I am 53 years old, I still attend the "Y" at the Rady Centre.

When I was younger, besides attending clubs every Sunday at the "Y" I also belonged to B'nai Brith Young Adults. I met many people then, friends who I still am in contact with to this day. Some of my fondest memories as a kid include going to the Y for summer camp. Camp Fundale (funny name if you think about it) made me feel that I was the luckiest person in the world. All my favourite activities were there as well as many of my best friends. There is something about going to a Jewish summer camp that ties you closer to Judaism.

I went to University in Toronto, and there my Jewish bonds were again strengthened. Many of my closest friends in university were Jewish and had similar interests as me. As my interests were largely based on politics, I wiled away many hours talking to other students about the state of our country. When I wasn't in class, I often went to Hillel House which was on campus. I especially enjoyed the Saturday night programs there, where I would meet all types of people from all over the globe. It was at Hillel that I met my wife, (Hope Jeroff).

After completing my honours degree in history and political science, I entered the Faculty of Education and received my teaching degree in business education. This background led me to pursue my vocation in accounting. I eventually became an internal auditor for the Province of Manitoba where I have worked for more than 25 years.

After teaching for a couple of years in Toronto, my wife and I thought it was time to leave Toronto for a place more conducive to raising children and slowing down our hectic pace. Winnipeg was chosen for obvious reasons.

While I didn't know that much about Winnipeg, I did know the reputation of Winnipeg's north end as it was very reminiscent of the Toronto area that I grew up in. One of my terms for moving to Winnipeg was to live in the "north end", so we moved to the extended north end, and I have never regretted it. The feelings of a warm Jewish community emanated from this end of town. I could never get enough of Selkirk Avenue and all the other streets that serve as a shrine to immigrant Jewish culture. I found Winnipeg to be a very cosmopolitan and compassionate community. The friendliness of the population, as well as their desire to have quality in their education and cultural facilities was, and still is, very uplifting.

On a personal level, I have two children that I am very proud of. David Michael Kideckel, who was born in 1980, is attending school in Ontario and hopes to become a medical doctor. He is interested in serving other people - a concept he acquired while living in Winnipeg. Even though he might not live in Winnipeg again, he always talks affectionately about the city and what it meant for him to grow up in the Jewish community here. My other son Brent, who was born in 1983, attends university and works in the food industry. He too has a strong sense of commitment and identity with the Jewish population. He has been to Israel twice and has attended numerous conventions for various Jewish organizations across North America.

My mother Rose (Sherman) splits her time between living in Toronto and Miami Beach. One of my favourite annual trips is to visit her in Florida in the middle of a Winnipeg winter. Her and my father, Sam, who passed away in 1995, were great inspirations to me and raised to me to be a compassionate, tolerant person. These are two attributes which I have tried to pass on to my children. I also have an older brother, Martin, who also lives in Toronto.

I too have a strong commitment to Judaism and I devote virtually all my volunteer time to Jewish organizations. Serving on the executive of Etz Chayim Congregation has given me a new vigor and appreciation of our culture and religious organizations. I am able to see the importance of preserving all that is important in our Jewish way of life, and I have learned how important it is that our community has sufficient resources to enable it to meet its obligations in the future. These resources are not only financial but also human in the form of volunteering. Winnipeg is probably the best city in Canada when it comes to people volunteering their time so that those not as fortunate can be serviced. In addition to my synagogue work, I also have volunteered with B'nai Brith League for Human Rights. The aim of this organization is to fight anti-Semitism, and to be on the alert should it try to surface in Winnipeg in any form.

When I am not volunteering in the summer, I like to umpire baseball in Winnipeg's north end. This is a great way of keeping in contact with the younger generation and at the same time being involved in something that I really like, sports.

I am participating in the Endowment Book of Life as I feel that it is important that there be sufficient funds available for the community to help those people in need. It is also important to ensure that the Jewish nature of our community be preserved by organizations such as The Jewish Foundation of Manitoba. While I hope that the Jewish Foundation doesn't collect from me any time soon, I know that my donation will be put to good use in the community.