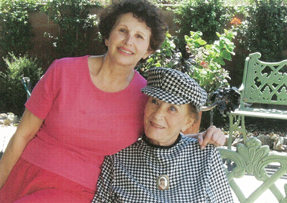 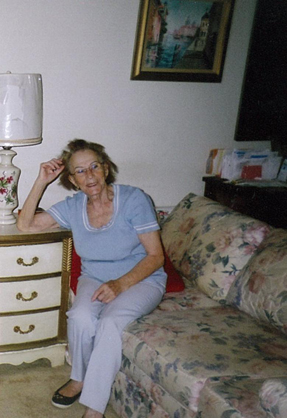 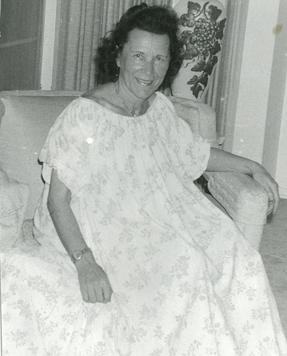 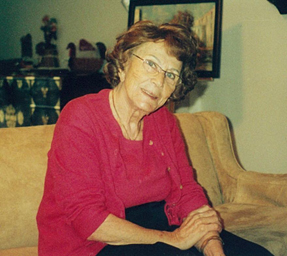 Evelyn's rag to riches story is worthy of a Hollywood movie. She was born in Poland. Her mother died while she was still an infant. She does not remember her mother but remembers hunger as she was passed around relatives. In 1930 with her older sister Marion she came to Winnipeg, Canada. Like most of the European immigrants she ended up in the North End. She lived with relatives and earned her keep by helping out with domestic chores. Evelyn spoke Polish and Yiddish, but not a word of English. Within a few years she was fluent in English and able to speak it without an accent. She completed the 8th grade. She then attended a trade school to receive a hairdresser certificate. Evelyn was never paid for being a hairdresser; she provided the service free for friends. Marriage represented the transition to adulthood and Evelyn was pressured to grow up early. In 1935, she married David Pinchuk.

I probably would never have thought to evaluate my mom or compare her to other mothers, but all my friends would point out that I had the best mother and how lucky I was. Traditional and old fashion values were the norm in the North End. My mom was ahead of her time. She allowed her children more liberty and provided as much as possible. By the standards of the time, I was spoiled and not taught proper discipline. My parents believed their limitations were due to lack of opportunity. I was given every opportunity to try everything. I learned that my limitation was caused by my own capacity. In our traditions, childhood ends at age thirteen. I had the greatest childhood and can't think of anything I lacked or could have wanted. I remember my mother carrying on conversations with different people in three languages. I never appreciated her gift until I wanted to be multilingual. I have practiced all my life with the most high tech modern learning tools but have never achieved my mother's skill. Knitting was a hobby. Many women knitted in those days so I never appreciated mom's special talent. Today I have friends who are considered top knitters. I can see that my mom had a higher skill. I still have a coat she knitted. Few people could perform at her level. She enjoyed music and liked to sing lullabies. With special finger dexterity, I imagine she might have made a great piano player but never had the chance to try.

Conditions improved for North End immigrants in the 1950s and many aspired to move south. People talked of wanting a home in the South End, River Heights, Tuxedo and Wellington Crescent. When mom thought south, she envisioned California and Beverly Hills. In the mid 50s my parents made the transition to California and by 1960 had purchased their dream home on Canon Drive in Beverly Hills. I was already grown by this time but the home became the family gathering place. Mom loved to cook. My brother and I and our wives would celebrate special occasions at mom's table. Our biggest celebration was Passover. Many guests were impressed with our traditional ceremony. It became known as the "Pinchuk Seder".

In the late 60s, independent from my dad, mom went into the shoe outlet business with her partner Mike. The business venture succeeded beyond expectations. Mom was able to live in luxury the rest of her life. She was a generous person and many people who came in contact with her benefited from her generosity.

In the early 1980s my parents no longer cared to maintain a home. They moved to a luxury apartment in Beverly Hills. My dad died in 1998 and mom was able to remain in the apartment until the last year of her life. She enjoyed travels and spent time in Vancouver, Canada with her niece. She was able to make three trips to visit me in North Idaho. Mom was at peace in the end, confident she had lived a full life and proud of her accomplishments. At age 93, we do not grieve her passing but celebrate her wonderful life. Her story is an inspiration. Regardless of humble beginnings and limited opportunity, if one has the capacity he can achieve the American Dream.