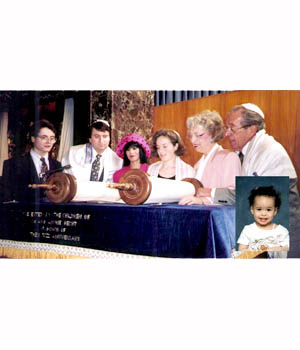 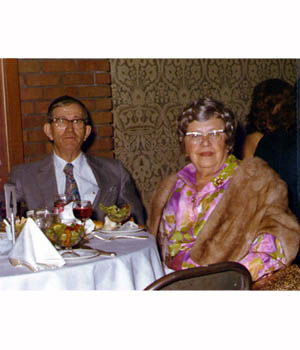 I was born to and raised by my parents, Isaac and Esther Plattner, as an only child, in the North End of Winnipeg. My elementary, junior and senior education was received at David Livingstone School, Aberdeen School and St. John's Tech respectively. My college education was received at the University of Manitoba where I obtained a Bachelor of Science Degree majoring in chemistry, physics and mathematics. In 1959, I graduated as a Chartered Accountant and went into public practice until 1969 when I began working in private industry, where I continue to work to this day.

Being an only child, my parents were very protective and dissuaded me from engaging in activities that may lead to bodily injury. Notwithstanding the latter, I learned to ride a bicycle alone, engaged in baseball, soccer and hockey activities, learned to swim at age 27, and even learned how to fly a single engine airplane.

As a teenager I was active in the Zionist organization of Young Judea and was a member at the YMHA. There, I was a member of the Mile Swim Club and won first place in many annual competitions over a period of several years. Currently, I swim daily at the pool in the Asper Jewish Community Campus. At university I joined the Alpha Epsilon Pi Fraternity.

I and two of my friends received our Hebrew education until our Bar Mitzvahs from a private tutor hired by our parents. Yiddish, was learned from my parents who together with their contemporaries spoke the language almost at all times.

I have very fond memories of accompanying my father Isaac, both as a youngster and a teenager, to the House of Jacob Synagogue on Schultz Street for Shabbat and all Jewish holidays. I also enjoyed helping him make wine and prepare our house for the annual sterile clean up for Passover. Isaac emigrated from Poland (Austria) in 1925 and my mother, Esther Fleisher, his childhood sweetheart, followed a year later. Isaac was a tinsmith who learned his trade in Czechoslovakia, and Esther was a self taught and very accomplished seamstress. She used to scour current ladies' fashion magazines and choose dress designs for her many patrons. She would sketch the various dresses from the pictures she selected and would sew accordingly without the aid of a pattern. She even designed and sewed my future wife's wedding gown.

Sybil Jacob and I were married in the year of the great flood of 1950. We have one daughter Glori-Beth, married to Miles Klemke, two grandchildren, Robbie and Rochelle, and a great granddaughter, Jada Desiree Klemke Wildman.

My life's philosophy is to take one day at a time, always take one step at a time, and try not to make too much of a "tsimmes" in the bad times. I have discovered that sleep overcomes stress in times of trouble and recommend it highly to help alleviate anxiety and pain.