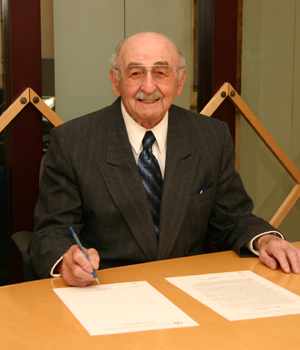 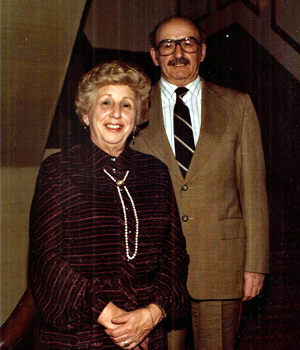 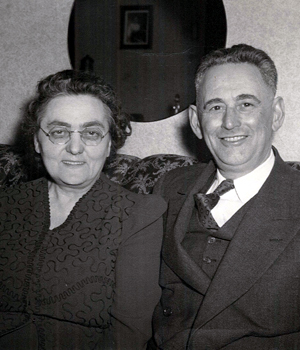 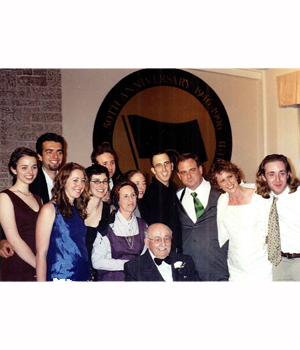 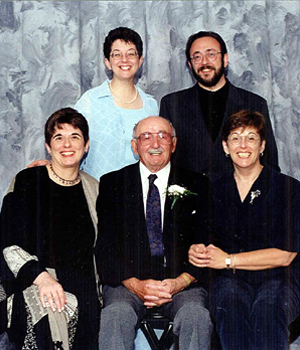 My earliest memory is from when I was six years old at the end of World War 1. I was sitting in the back of my dad's black Studebaker, playing with the seats. At that time we lived in Oakburn and my dad owned a general store.

My mother, two sisters (Eva and Diana) and two brothers (Harvey and Sammy) moved to Winnipeg. My dad and I joined them later. I attended Jewish school to learn my Bar Mitzvah portion with Mr. Averbach, a law student who was running a school to finance his education. When the Great Depression hit, we moved back to Oakburn and I went to school with 40 kids from Grades 8 to 11 in one room with one teacher. I worked at the store every day and on weekends and contributed at least half a man's wages.

I learned a great deal from working in my dad's business that would serve me well in later life. Watching him buy cattle proved how important it was to pay attention to details as he would pick out cattle one by one and then later remember each one by its unique markings.

When I was 18, my dad sold the store and I went into business for myself. One of my first enterprises was buying up old potatoes, ideal for chip-making, from local farmers and hauling them up to Winnipeg for sale. Though I didn't sleep in a bed for six weeks, I made enough money to buy a new truck. In summer and fall I hauled vegetables to Western Manitoba and Saskatchewan, and in winter I hauled loads of fish to Chicago. After I married Faye Jauvoish in 1937, she urged me to find work that would allow me to stay at home. I went into business with a friend, running a service station at Alfred and Main in Winnipeg.

In 1940, I bought a butcher shop in Yorkton, but later sold it so I could move my family back to Winnipeg and my two young daughters would be able to get a Jewish education. I bought Mall Foods at Logan and Main and ran a butcher shop there for about ten years. Then I purchased the building next door and turned the whole thing into a supermarket. The store was very successful and though I never figured out how to make money without working physically, I had a strong work ethic and I did well - especially for someone with a Grade 11 education.

One memorable venture that I got into was with Genser's Furniture Store. Genser's sold freezers with the incentive of three months of meat, frozen foods, etc., for which I was the supplier. When some of the people who had enjoyed having this 'food plan' moved up North, they asked me to ship them a year's supply of groceries via rail to Churchill and then by barge. This began a great business venture since I was able to give customers much better prices and services.

I was also involved in a business venture with the Canadian Pacific Railway. Whenever they had a train wreck or derailment, they called me to supply meat and groceries for the repair crews. I also supplied the dining car when it ran out in Winnipeg. Once CPR called me in the middle of a snowstorm because they needed emergency supplies. To get their order they first had to plow my street and pick me up at home in a front-end loader so that I could open up the store and get what they needed.