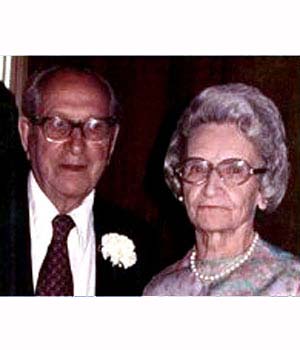 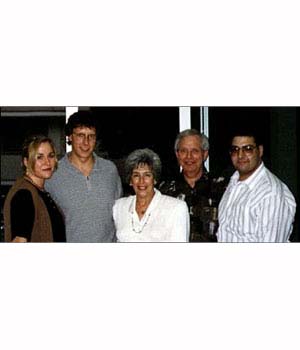 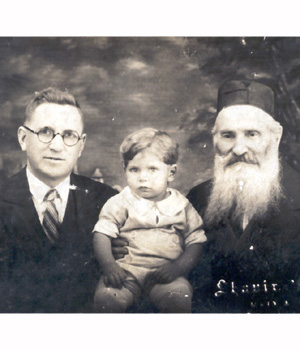 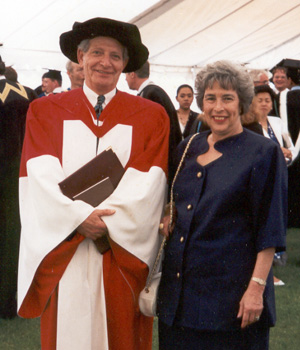 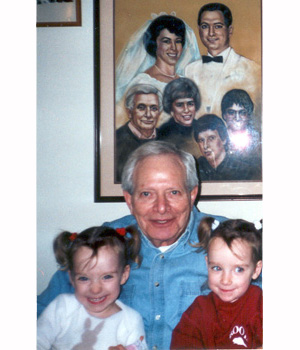 Harold Buchwald, C.M., Q.C., LL.D. is a strong voice in the Jewish community and enriches his city, his country and Israel through his contributions to their betterment.

Harold Buchwald was inspired and motivated by his parents, Frank Buchwald and the former Bessie Portigal, who immigrated to Canada from Russia in the early1900's. He remembers how they worried about Israel and Jewish causes. They taught their three children the three C's of volunteerism - concern, commitment and contribution. They believed passionately in a Jewish national homeland in Israel and devoted themselves to making it a reality. Frank chaired the United Palestine Appeal while Bessie chaired the campaign for State of Israel bonds and was active in Canada Hadassah-Wizo. Although Frank was often traveling in the garment business, he still devoted time to the Jewish Old Folks Home of Western Canada, and both Buchwalds shared a keen interest in the Winnipeg Chapter of Canadian Friends of the Hebrew University of which Harold is a Past President and Honorary Chair.

It was only natural that Harold Buchwald would gravitate towards Jewish activities during his teenage years and university career. He attended a National Plenary of the Canadian Jewish Congress in Montreal at age seventeen. After solidifying family and career obligations as a lawyer, he dedicated himself to the Combined Jewish Appeal (past Campaign Chair) and community at large. He is a Past President of the Jewish Foundation of Manitoba, B'nai B'rith Camp and the Law Society of Manitoba. As former National Chair for the Canada-Israel Committee, he was the spokesperson for the Jewish community of Canada in dealings with the federal government, Israel, media and other interest groups.

Harold Buchwald's achievements transcend ethnic borders. He strives to build bridges between the Jewish community and the whole of Winnipeg. He served as President of the Winnipeg Symphony Orchestra, Chairman of the Health Sciences Centre Research Foundation and Winnipeg 2000. As a fund-raiser for the Asper Jewish Community Campus, he approached non-Jewish corporations and foundations, citing the campus as a model for multi-culturalism. His selfless dedication has been honored with an appointment to the Order of Canada, Golden Baton from the Winnipeg Symphony Orchestra, Sol Kanee Award from the Winnipeg Jewish Community Council, an Honorary Doctorate of Laws from the University of Manitoba, and Honorary Fellow of the Hebrew University of Jerusalem.

But the core of Harold Buchwald's life remains his family, and he is proud of their independent commitments. His wife, the former Darlene "Dee" Besbeck, is a Past Co-Chair of Women's Division of C.J.A. and the Youth Aliyah campaign in Winnipeg and a former board member of the W.J.C.C. Currently, she is a Director of the Royal Winnipeg Ballet and Co-chair of the Winnipeg Public Library Foundation. Sons Jeffrey and Richard (married to Tracy Leipsic) have absorbed the family values and carry on the tradition of community involvement.