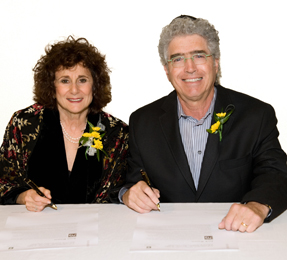 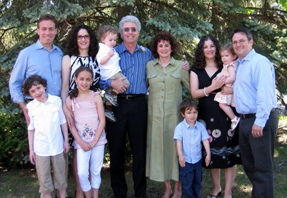 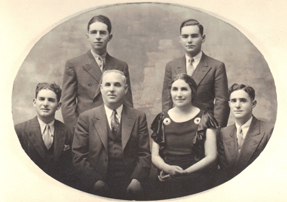 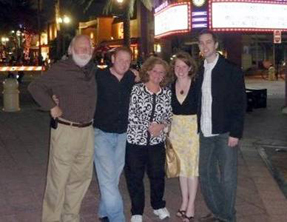 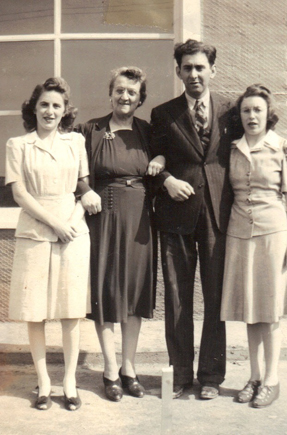 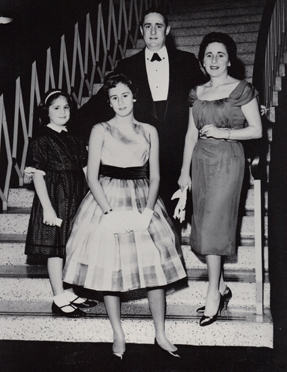 Harold and Tommie Schachter's lives can be best measured by the love and respect of the generations of family that they left behind. They left a legacy of commitment and devotion that is inspirational and motivating.

Harold Israel Schachter was born in Winnipeg, the son of Reuben and Minnie (nee Weisler) who immigrated from Austria and Romania respectively. He was the youngest brother of Max, Benjamin, and Eugene. Harold's father was a gentle, kind man. His mother was a brilliant, self-educated woman who encouraged academic excellence. Both parents were active in the Jewish community and synagogue life. Harold attended school in Winnipeg until the family moved to Brandon where he finished high school and attended Brandon University. Early on, he distinguished himself as athletic, fun-loving and easy-going - traits that he would exhibit throughout his life.

Harold joined his father and brother, Max, in the family textile business in Brandon, then Neepawa and finally in Winnipeg in 1936. He travelled for the company throughout Western Canada.

Talma did not grow up with the same opportunities as Harold enjoyed. When she was five days old, her father Thomas Kovnats died. He fell victim to the influenza pandemic that swept the world in 1918. Her mother, Gertrude Finkelman and Tom, both born in Winnipeg, had been married barely three years when she was suddenly widowed and left with her 2-year-old son, Sidney, and newborn, Talma. Tom was only thirty-five years old when he passed away. Talma never knew the warm, romantic musician and politically-minded man that was her father.

With the support of her elderly mother and siblings, Gertrude struggled until she married Isaac Polsky, a widower with five young children. The blended family moved to High Prairie, Alberta where the couple ran a general store until Isaac lost his vision. Gertrude managed the business successfully, completely on her own, until it was sold to the Hudson Bay Company.

Although it was difficult to have a Jewish family life in High Prairie, Gertrude managed to observe Shabbat and holidays and ensure that hers was a Jewish home. When Talma was old enough to go to high school, Gertrude sent her to board with a Jewish family in Edmonton. There, she finished high school and worked as a legal secretary.

On one business trip to Edmonton, Harold met Talma who happened to be boarding with his aunt and thus began a long-distance romance. Harold and Talma married in Edmonton on March 24, 1943. Harold nicknamed her "Tommie". She loved that name, and it stuck forever.

Motivated by her own senses of loss and separation, Tommie worked hard to create the family life that she had never known. Because Harold was always on the road, she was often alone with their two daughters, Joan and Carole. Tommie spent her time as a true homemaker - nurturing her family and inspiring her daughters to push aside all barriers to success and acquire the necessary education. Her mother, Gertrude, had taught her long ago the importance of emotional and financial independence for women, and Tommie worked passionately to instill these values in her children. Harold was her constant partner and, together, they taught their daughters that any goal was possible with due diligence. Harold provided the 'joie de vivre' in the family. His spontaneity and sense of adventure were contagious. Nobody could squeeze more minutes out of an hour.

Tommie and Harold shared a passion for bridge, golf, tennis, family holidays at Falcon Lake, and yearly motor trips. They were inclusive with all their friends and had a wide circle that constantly grew. They cherished all their relationships and maintained them during winter vacations in Florida and California.

In 1970, Harold bought Dunn-rite Food Products. He ran the business for almost 15 years. He retired in 1984, the same year Tommie died at age sixty-five.

Together and separately, Harold and Tommie gave unselfishly to family, friends and community without any expectation of return. They were happiest when they were doing for others. They accepted kindness with humility and gratitude.

Tommie and Harold were first and foremost devoted to family. They always remembered the importance of their Jewish life. They were active in the synagogue, supported the Jewish community and Israel, and they strove to instill that responsibility in their children and grandchildren. Their generosity was not limited to the Jewish community. They raised funds for many organizations.

Harold and Tommie considered their greatest achievement to be the happiness and success of their children and grandchildren. Their love for them had no boundaries, and it was returned in kind. Joan married Jack Rusen and together they have two daughters, Rachel (Aaron Margolis) and Amy (Daniel Samphir). Carole married Ken Medd and together they have a daughter Emily (Joel Kom) and a son, Charlie. Only Harold lived to become a great-grandfather. He adored his great- grandchildren, Nicole Tommie Margolis, Mitchell Matthew Margolis and Coby Lev Samphir. He had a special and unique relationship with each one of them. Harold died in 2006 at age 90. He did not live to see Harry Charles Margolis nor Hayley Rose Samphir who are named for him. Tommie and Harold would have also given anything to share in Emily's happiness when she married Joel Kom in 2010.

Harold and Tommie Schachter inspired their children and grandchildren to laugh, enjoy each day to the fullest and to believe in themselves. They taught generosity, devotion and loyalty by example. They live on through the good deeds and achievements of their family, and they would be fulfilled.