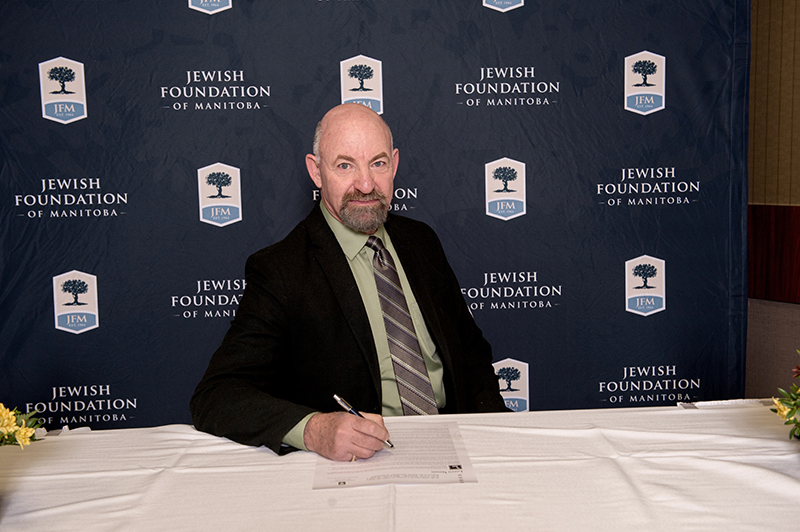 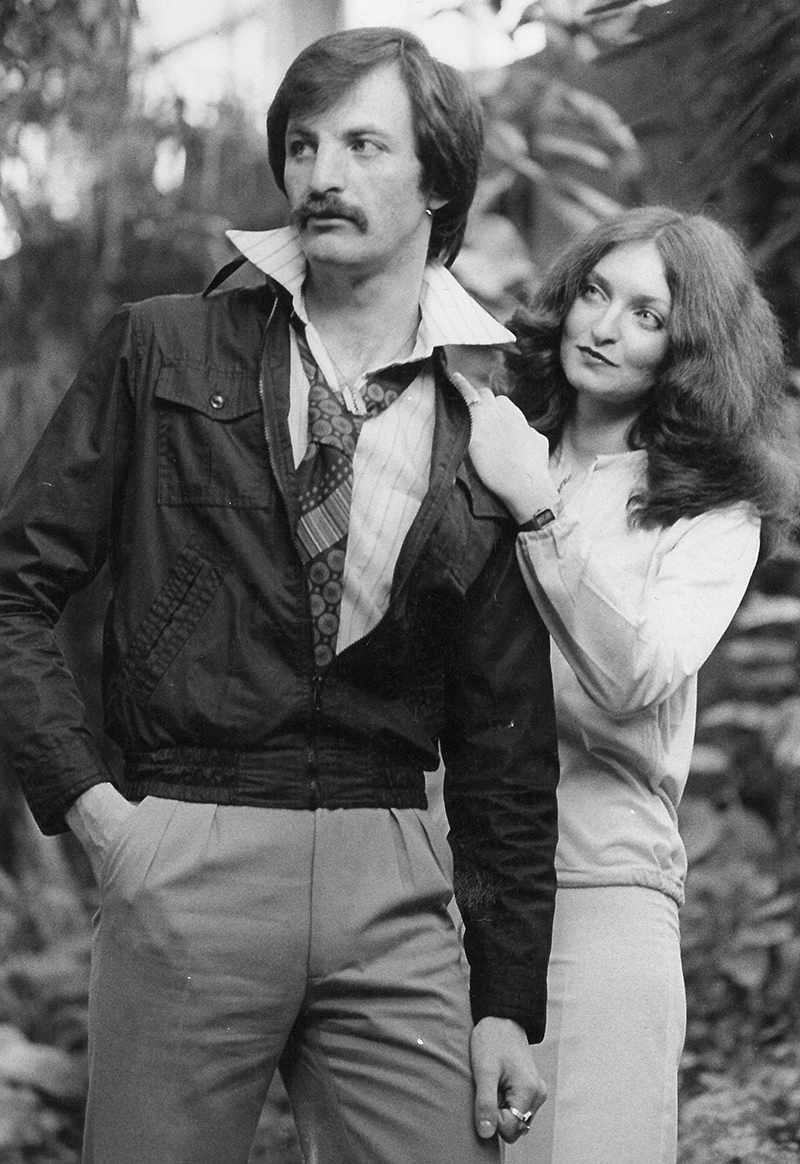 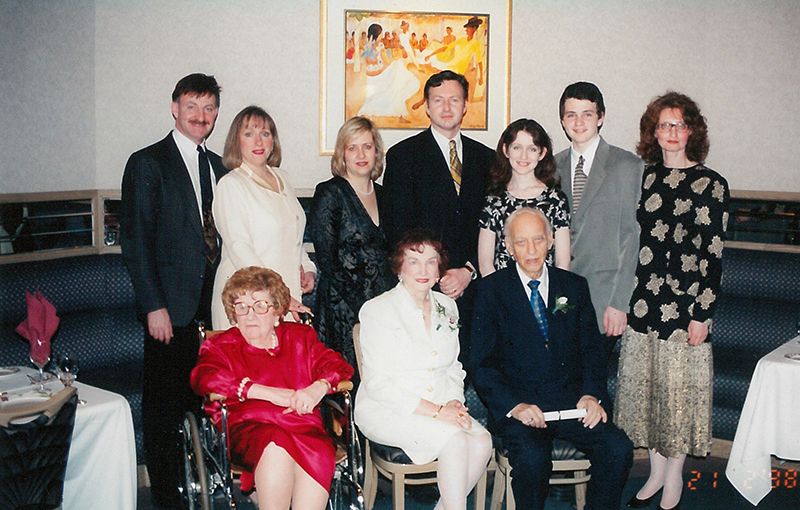 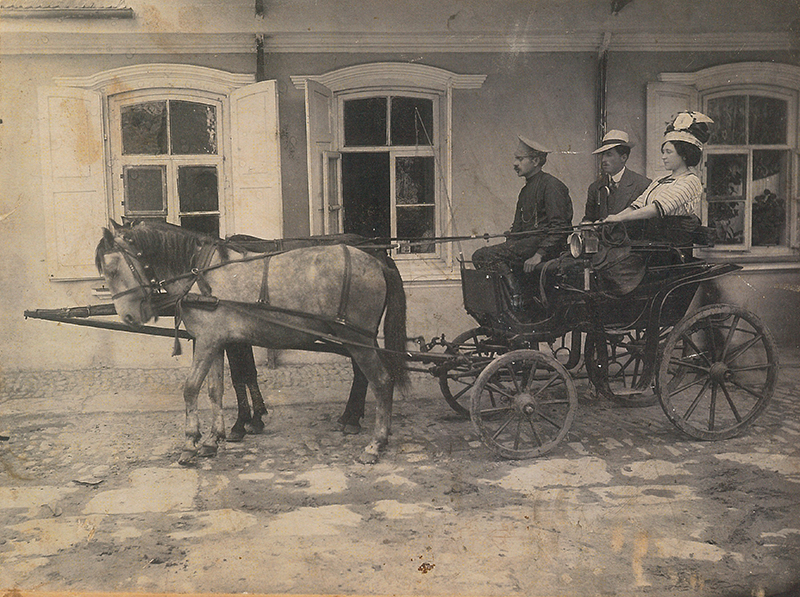 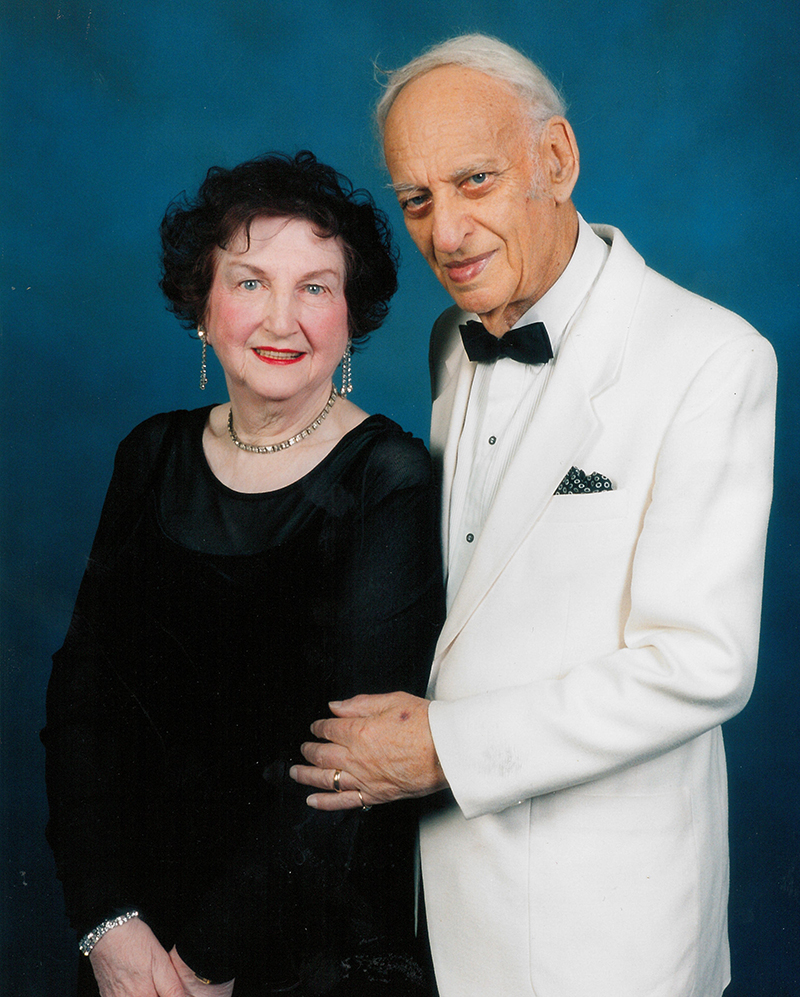 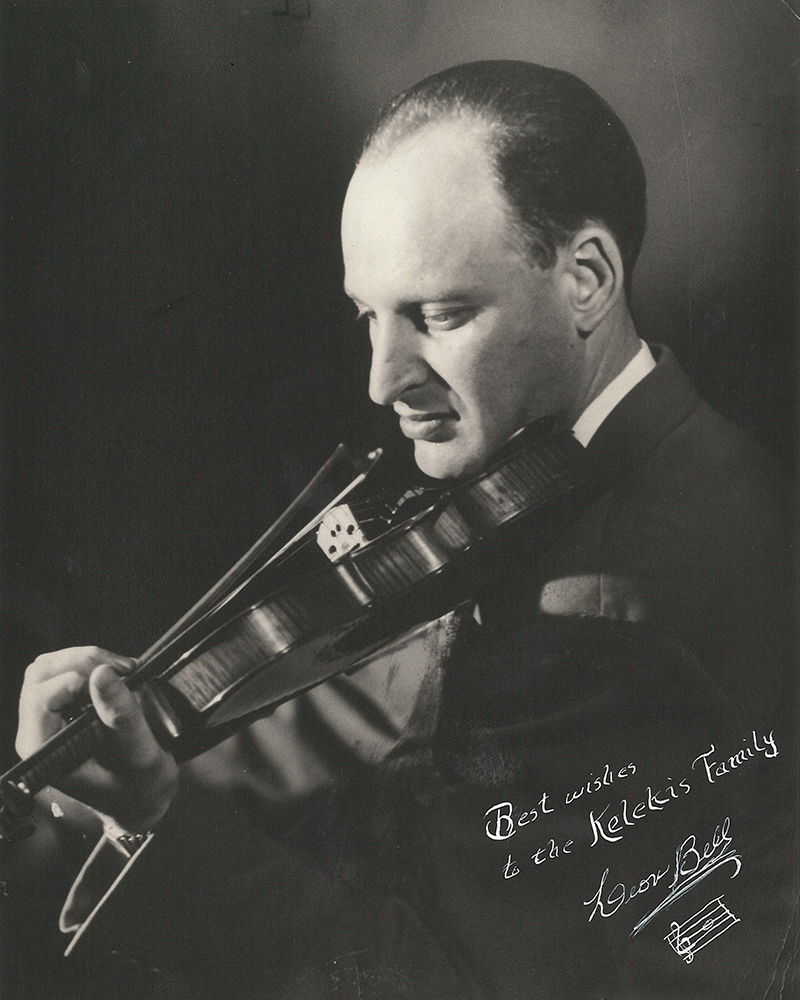 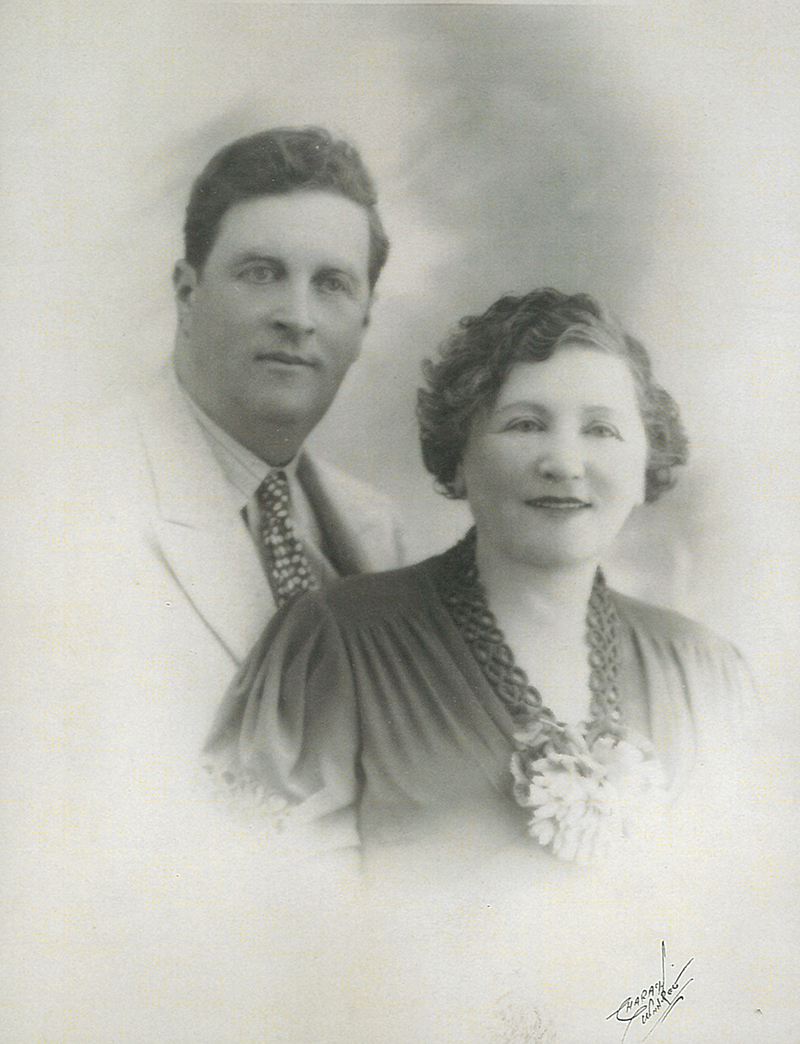 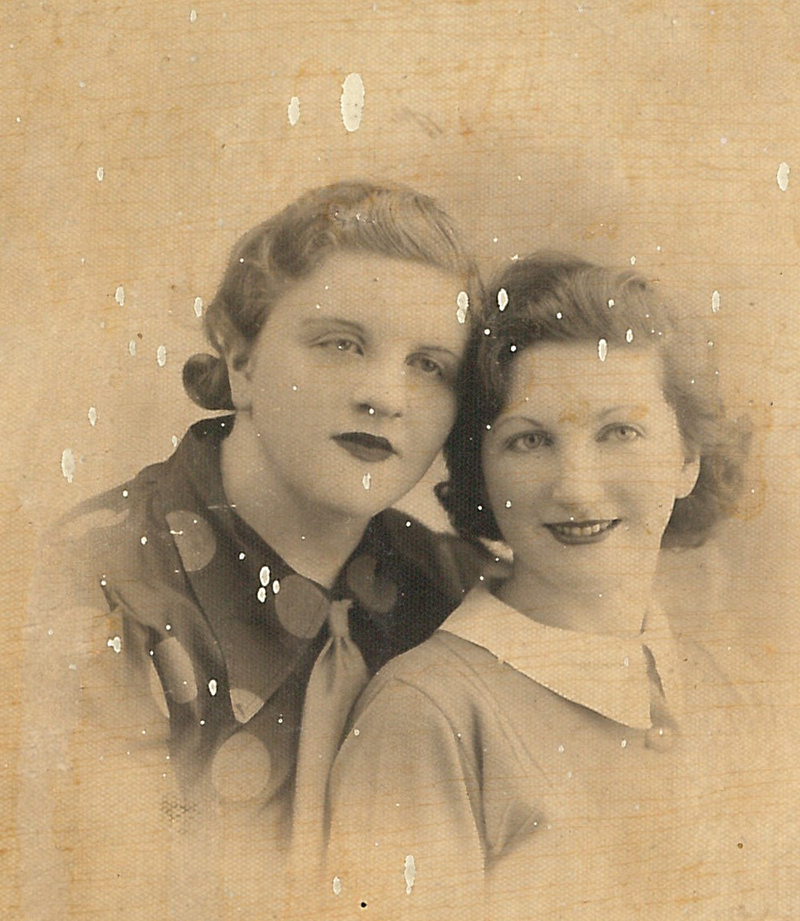 My name is Hannon Cogan Bell. I am the son of Rose and Leon Bell.

This is where my family's story begins.

My Zaida, Solomon Rabinovitch, and my Baba, Anne, were the parents of my mother Rose and her sister Pauline (Rabinovitch) Essers.

It should be noted that the above facts were gathered by Jeff Rabb, the grandson of Louis Rabinovitch, who created a Rabinovitch family tree dating back to the 1700's for a school project.

Solomon Rabinovitch was born in Russia in either the town of Mogilev or Yaarishev. He was the great-grandson of the Nodeh Ba Judah who was the Chief Rabbi of Czechoslovakia and Poland. He came to Canada after the Russian Revolution. In Russia, he was in the insurance business and then an officer in the Russian Czarist Army, achieving the rank of Captain. His ownership of a carriage and driver proved his standing in Russian society.

After arriving in Winnipeg, they first lived at 391 Stella Avenue. They immersed themselves in many Jewish community endeavours. Anne was on the Executive Committee of the I. L. Peretz School in 1934. My Baba was Past President of the Achdus Ladies Auxilliary. She passed away on June 25, 1947 at the young age of 54 years. My Zaida was a founding member of the Achdus Free Loan Association and was on the Executive from 1939 to 1941. He had the role of Recording Secretary for over 40 years. He also was the Financial Comptroller and Representative to the Canadian Congress Council.

After a few years on Stella Avenue, they moved to 70 Waterloo Street (where I spent the first year of my life). My Zaida owned The Manitoba Bag Company as well as having an interest in the Vermilion Bay Granite quarry. He was an extremely educated person and had a vast knowledge of the Torah and Talmud. He was a prominent member of the Chevra Mishnayes, an Orthodox synagogue in Winnipeg's North End. However, although deeply religious, he was also a very modern thinker. He lived to 89 years of age, passing away in 1980.

It should be noted that my Zaida saved my life when, as a baby, I had fallen out of my carriage hitting my head on a stepladder nearby. He had come to see my mother almost at the precise moment and, looking at me, urged I be taken to the hospital immediately. Later, the doctor said that suggestion saved my life, as it was determined that I had suffered a traumatic head injury.

I was very close to my Zaida and loved and respected him immensely. Unfortunately, my Baba Anne passed away in 1947, so I never knew her.

My aunt Pauline was like a second mother to me. Warm, beautiful, funny, and intellectual, she overcame her sight disability to become a long-standing and respected writer and editor of the Western Jewish News.

Before I talk about my mother and father, an interesting story needs to be told of how they met. My Dad and his good friend Nate Bogoch went on a double date in 1946. Nate's date was my mother, but she and my father were immediately smitten with each other and three weeks later they were engaged. But sadly, they had to wait until 1948 to be married as my mother's mother became very ill and passed away in 1947. My Mum and Dad remained good friends with Nate and his family for the rest of their lives.

My paternal grandparents were Isaac and Pinina Bell, who came to Canada from Elizabethgrad, Russia in the early 1920s.

My father Leon (1916-2002) was a pharmacist by profession owning Bell Drugs (1950-1970) and Norlyn Pharmacy (1955-1980), but his first love, besides my mother, was music; he was a very talented and prolific life-long violinist. He began studying the violin as a child, growing up in Buchanan, Saskatchewan with his brother Arthur. Moving to Edmonton, he eventually played in the Edmonton Symphony and upon moving to Winnipeg (c. 1945) was a founding member of the newly formed Winnipeg Symphony Orchestra under Walter Kauffman's baton.

My father's other musical interests were the Jewish Musical Club, The Eagles Band, The St. James Pops Orchestra (where he served as conductor) and The Leon Bell Strings. My dad was a well-known fixture of the Winnipeg music scene for decades.

He was also very involved in local Jewish affairs with the Jewish Congress assuming the role of President.

He was one of the eight founding members (1968) of Folklorama, a hallmark of Winnipeg cultural life.

Over the years he often appeared in the press due to his many endeavours and his community dedication was recognized in 1996 with the naming of Leon Bell Park in Whyte Ridge and the street, Leon Bell Drive, in Fort Richmond.

Those who frequented the Birks store in downtown Winnipeg may remember that my mother served as the Bridal Consultant for 14 years, a coveted position she achieved in later life after my sister Nancy, brother Kenneth, and I were grown. She excelled in that role and loved every moment of it until she retired.

Nancy (b. 1952) was a beautiful, kind, intelligent and lovely person who modelled for a short time while studying pharmacy. Married to Dr. David Manusow, she had two wonderful children: Amy, who lives in Toronto and Josh, who is an eye surgeon in Winnipeg. Josh is married to Dr. Kristen Creek and they have two children, Miles and Archie.

Tragically, Nancy passed away in 2003 when she was only 51 years of age.

As for me, I am the oldest being born in 1950. As previously mentioned, my early years proved to be traumatic as I suffered a head injury when I was 18 months old, having to endure a serious operation as well as a blood transfusion. As soon as I recovered, I contracted polio. I credit my mother for diligently doing leg exercises with me, which I can still remember, and that is what kept me from suffering debilitating long-term effects. I am so grateful for her love and caring. At a young age I developed a love of the arts and pursued sculpting, Egyptology, and acting. Later in life I realized that I had quite a knack for writing and song writing. I hold dear to my heart my partner and soulmate Lorraine Andree, as we spent twenty wonderful years together prior to her passing in 2016. I am also recognized as having the largest collection in the world of material on the life and career of actress and humanitarian, Dame Elizabeth Taylor.

My family was, and is, unique, interesting, learned, and loving.

This is their story (or at least, a part of it).