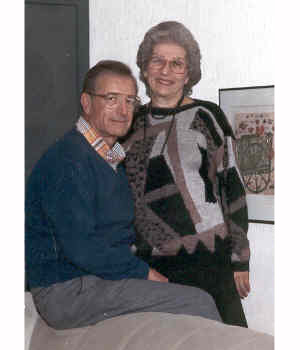 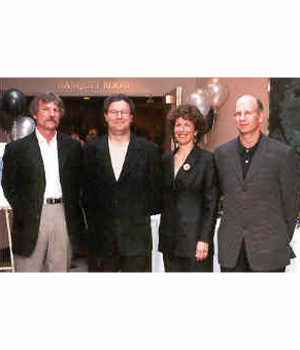 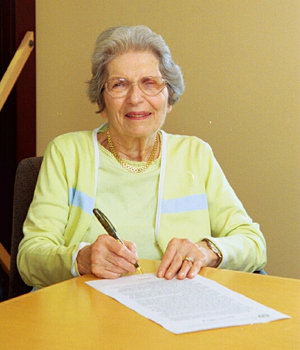 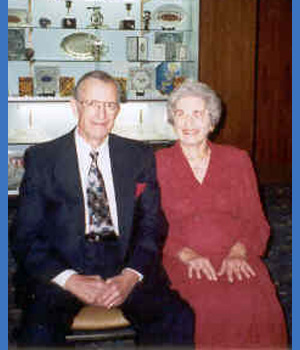 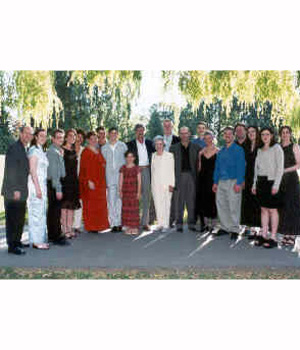 May 26, 1882 marks the date of my grandparents' arrival in Winnipeg. Hiram Leib and Fanny Weidman arrived during the "big Shavuot June" when twenty-seven Jewish families came here to escape the oppression in Russia. My grandfather became a leader in the community, helping to found such institutions as the Shaarey Zedek Synagogue, Talmud Torah School, and Winnipeg's first Zionist Society. Together with his brother Mordechai he established Weidman Brothers Foods, a longstanding Winnipeg business. My mother, Lillian Weidman, was born on July 28th, 1882, in Winnipeg.

My father, Nicholas Maza, came to New York from Russia when he was eight years old. As a young man he moved to Montreal, and then followed a brother to Winnipeg. He married my mother in 1920, and they lived in Winnipeg all their lives. I was born on July 8, 1922 and have one sister, Miriam, born in June 1925.

My mother Lillian was a loving, gentle and generous woman to all her family and friends. "She was Auntie Lil" to everyone! She loved to knit toques for for her grandchildren and grand nephews and at her funeral all her grandsons wore her toques.

My father was a travelling salesman, and he spent much of his time working throughout Western Canada. Though my father was away for weeks at a time, we did not live a quiet and isolated life. My grandparents owned a large house on Furby Street, and when my parents married, they subdivided it so that we lived on one floor and they on another. This made for a busy, lively house, there were always cousins and aunts and uncles ... Friday night dinners had 30 or more people ... the kids would play on one floor while the adults visited on another. All the children gathered at Baba's house on Sunday after Sunday School. I have very special memories of growing up with all my cousins. We have remained very close as cousins and friends.

I attended Mulvey and Gordon Bell schools, and studied sciences at the University of Manitoba. Although I attended Shaarey Zedek for Sunday school and Youth activities, several of my connections to the Jewish community were forged at Winnipeg Beach where we spent many idyllic summers. At the age of 14, I met Neville Winograd, and we dated throughout our teen years. We married in 1944, the same year Neville graduated from dentistry at the University of Toronto.

Neville was born in January 1923 in Winnipeg, the son of Russian immigrants Eva (Mains) and Abe Winograd. Eva was active in Hadassah and worked with her husband in business. She had an unquenchable thirst for knowledge and loved to type our children's university papers. Abe was a very honourable man and his word was his bond.

Neville attended Machray, St. John's Tech, the University of Manitoba and University of Toronto. At St. John's, he played on the football team, and this led to a life-long passion for football. He served as President of the Winnipeg Football Club, Canadian Football League, and was a member of the Canadian Shenley Committee. He was installed in the Winnipeg Football Club Hall of Fame in the Management category.

Neville and I supported youth activities at Shaarey Zedek Synagogue, Neville as a cub leader with the boys and myself in Girl Guides with Margaret. This launched my Girl Guide "career". Serving as Provincial Commissioner gave me the opportunity to travel throughout Manitoba. As a member of the National Board I was privileged to meet Girl Guide leaders from around the world. Through Girl Guides I developed a variety of skills, formed life-long friendships, and benefited from the sisterhood of women from all backgrounds and cultures.

In Neville's and my lifetime we met many dignitaries and important leaders such as Queen Elizabeth and Prince Philip. Prince Charles and Pierre Trudeau. But those moments never compared to the times we could share with our children and then grandchildren, whether it be at West Hawk Lake, shabbat dinners, or celebrations of family simchas. Those were our most treasured moments.

I am blessed with a loving and compassionate family who truly upholds the meaning of family: children Margaret (Paul) Shuckett, Chuck (Libby), Bob (Andi), and Eric (Fran), and grandchildren Nicole (Avi), Cara, Lev, Angus, Abby, Jill, Richard, Benji, Matt and Jaclyn. Neville and I believed in being involved in the lives of our children. Neville spent countless hours with our sons in their sports activities, coaching and fundraising for their teams. He was very instrumental in the development of the River Heights Community Club. Our children are passing along the love of family to their children, of which I am very proud. I am also pleased that my children have kept up traditions and Jewish holidays and are passing on a strong sense of Jewish values to their children.

Just as my grandparents before me were pillars in the community, I am thrilled to see that my children and grandchildren are giving back to their communities. It is so important that our community is strong and that there are structures and organizations where acceptance and tolerance are guiding forces. Our Campus is a wonderful place where there is so much to enjoy. I hope the Jewish foundation can continue to support the many facets of Jewish life in our city.

I am fortunate to have seen the love of family, community, and Judaism move from generation to generation. I have lived life to the fullest. I am truly blessed.