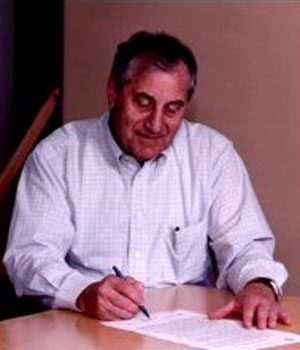 "The best preparation for the future,
is the present well seen to,
and the last duty done."

It was a Scottish novelist who made that statement almost 100 years ago.

As I think about our situation in the Jewish community in the late summer of 1998, I realize what a phenomenal effort the generation preceding mine, and my generation, have invested in "the future". The generation prior to mine had the goal of ensuring that the Jews of the Diaspora survive as a people.

The concern of my generation is one of continuity. My thinking is that the next generation will have the same concern and goal as we today have. The past two generations have concentrated on building a foundation consisting of the organizations and facilities to meet the needs not only of today but also of the tomorrows. In effect, what has been provided are the tools. How they are used will depend upon those who will follow.

Every generation has the concern that the next one will not have the same dedication and make the same efforts, but somehow there are those who follow who are willing to pick up where those who preceded have left off and carry on doing what is necessary to meet the challenges and needs of the day.