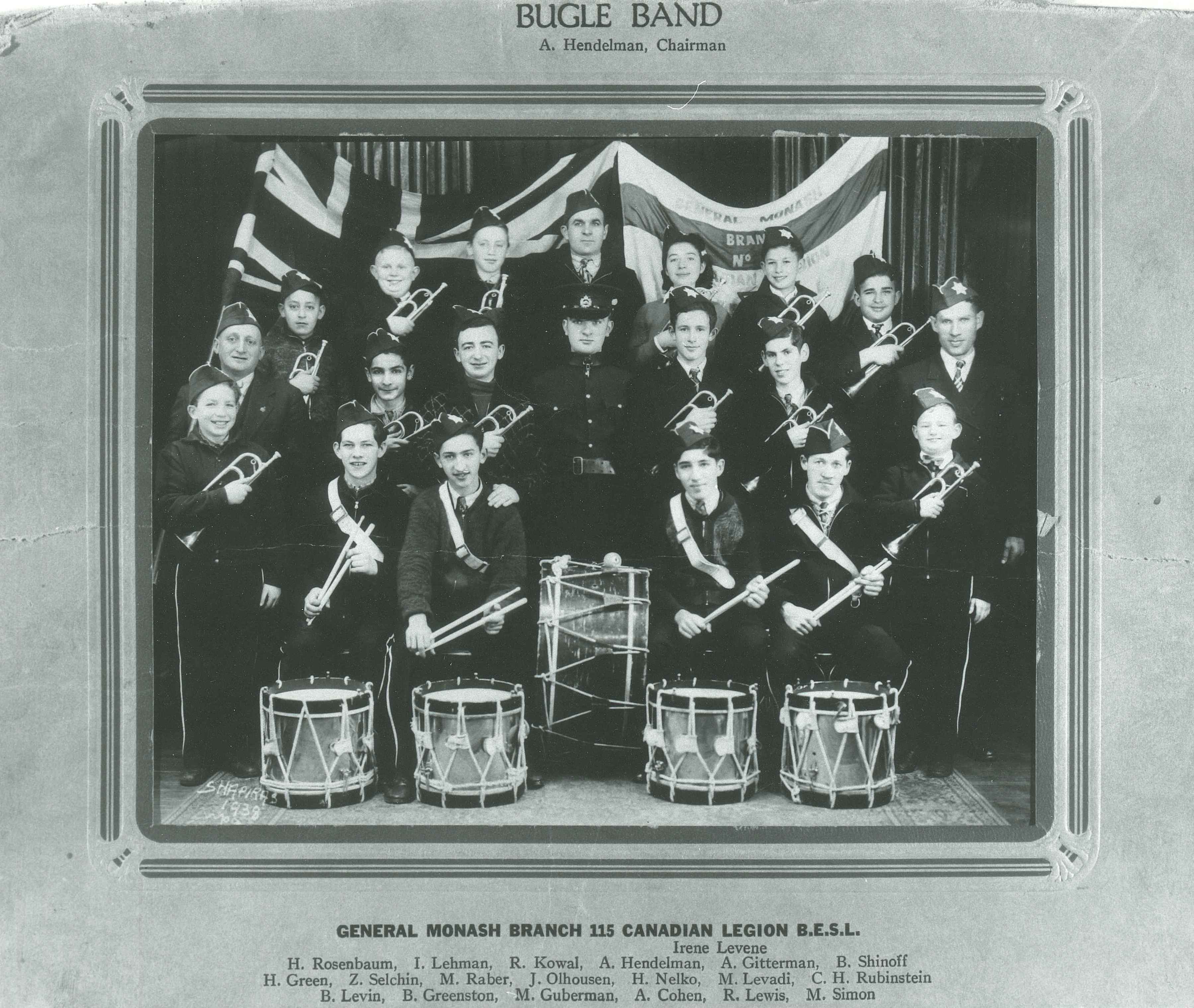 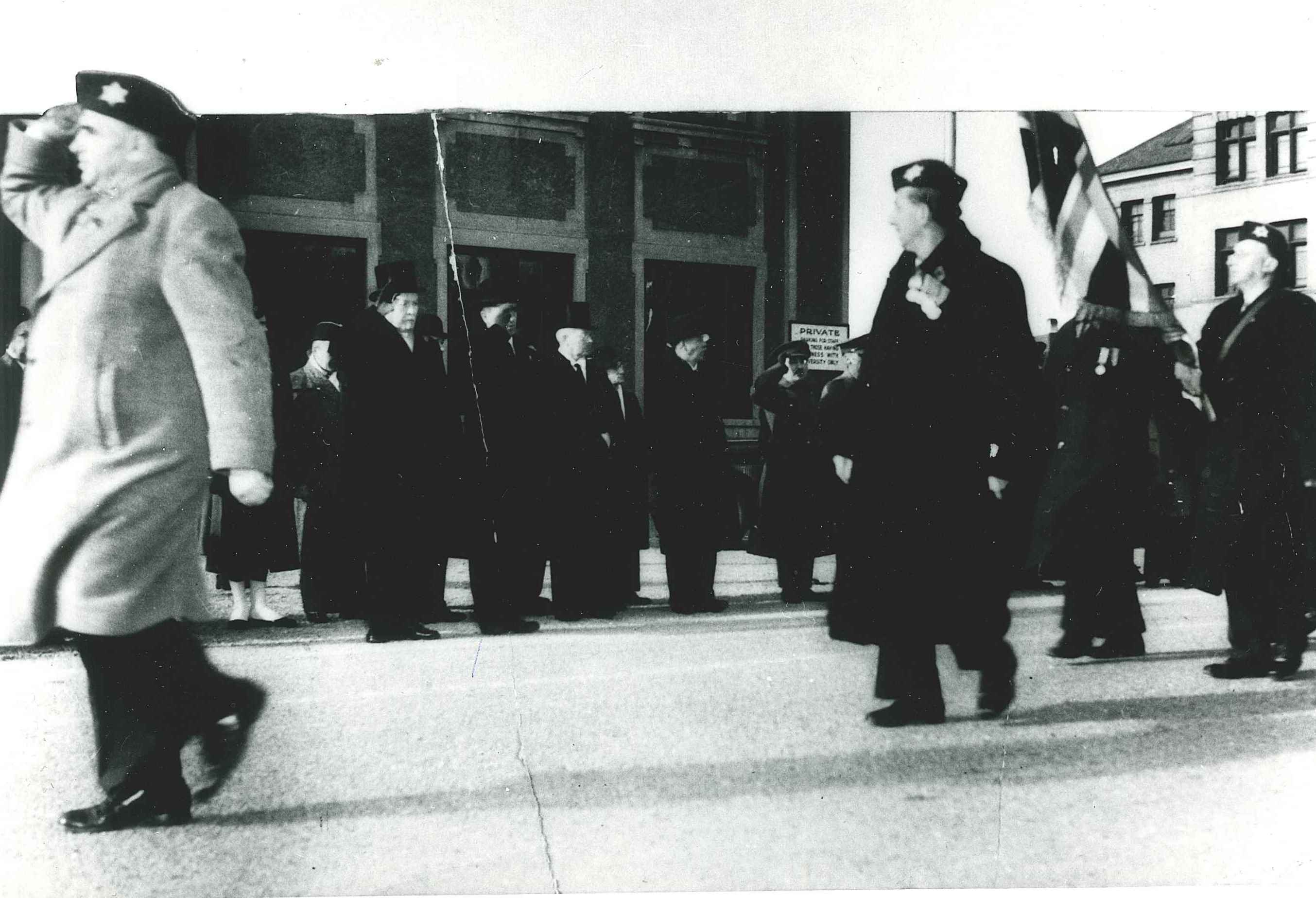 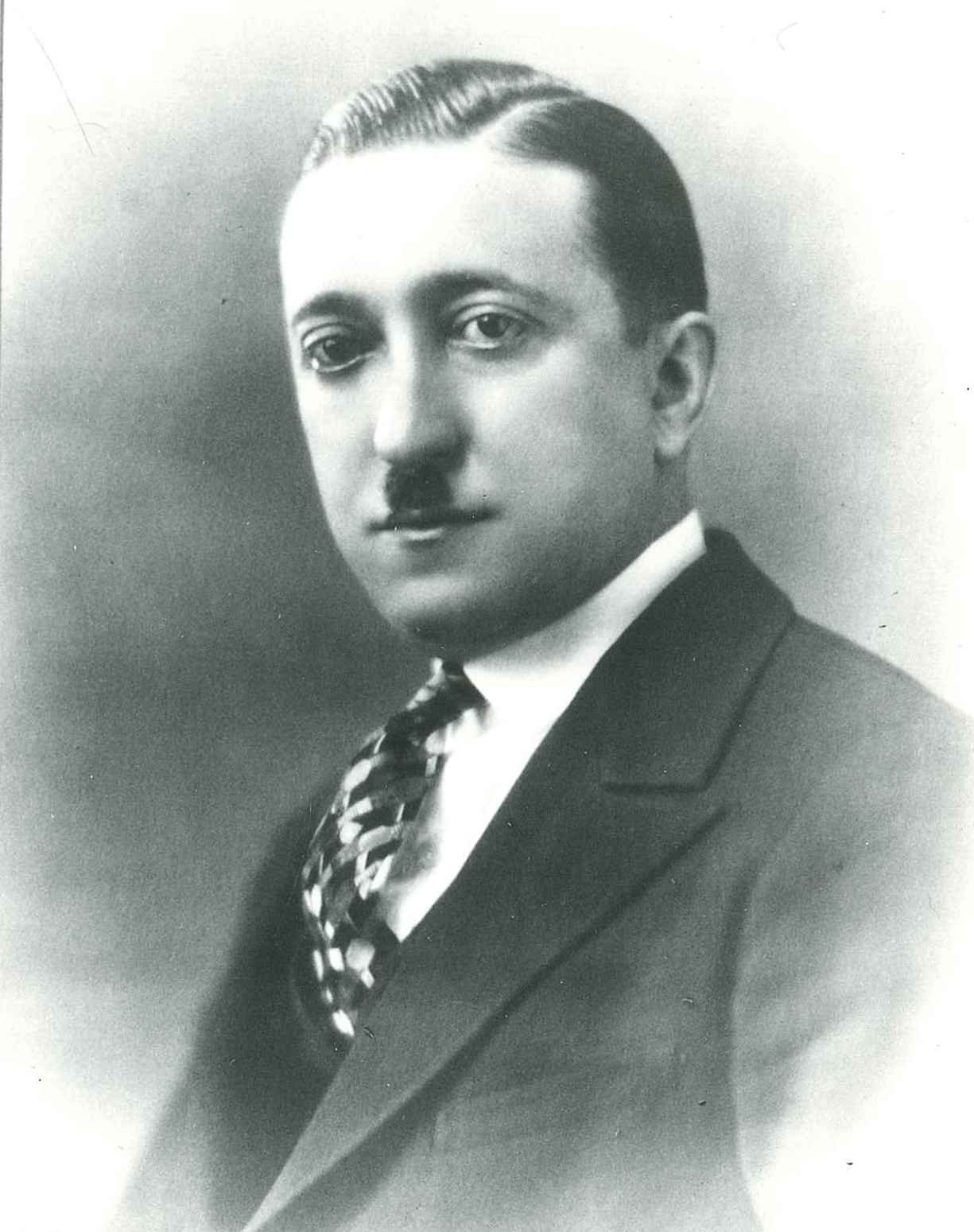 In 1933 a group of Jewish Winnipeg veterans of World War I gathered together to discuss their concern over the rise of neo-fascism and the local creation of the Canadian Fascist Party. Although this party purported that "anti-Semitism was a symptom of Germany not of fascism", its cloak of patriotism and national pride barely disguised its anti-Semitic heart.

The veterans decided they could be most effective by asserting themselves as a patriotic body under a formal organization. They chose to move forward as a new branch of the "British Empire Service League" (later the Royal Canadian Legion). Much consideration was given as to how this new Branch should be named. Ultimately they chose to honour General Sir John Monash, one of the most distinguished generals of the First World War and the most famous commander in Australian history.

General Monash was commander of the Australian Forces in World War I. An outstanding Australian citizen, engineer and scholar, he showed exceptional genius as a general. He was credited with the Allied strategy that struck a decisive blow in winning the Battle of Amiens which expedited the end of the war. This attack was spearheaded by British forces including Australian and Canadian Corps. After the war, he held a range of high-level positions in his native Australia. His opinion was widely sought and he became a leading figure in Melbourne's Jewish community. On August 12, 1918 General Monash was knighted as a Knight Commander of the Order of the Bath on the battlefield by King George V, the first time a British monarch had honoured a commander in such a way in 200 years.

After lengthy correspondence with the family of General Monash, permission was granted to use his name. An application for Charter for this new Branch to both the Provincial and Dominion Commands was met with approval. The General Monash Branch 115 of the Royal Canadian Legion received its charter on July 4, 1934. There were 21 Charter members and Captain William V. Tobias was elected as inaugural President.

The members of the Monash Branch quickly turned their attention to their fundamental principle and purpose - service. Veterans of World War I, and soon active-duty as well as discharged soldiers of World War II, benefitted from the activities of the General Monash Branch. The Branch ensured their fellow Comrades received the pensions and other benefits coming to them as veterans. They helped with medical care, provided clothing allowances and accommodations as needed, held High-holiday meals, and provided many forms of moral support. Branch members kept in touch with military personnel serving at home and abroad, sending comfort parcels and ensuring they received news from home.

On April 3, 1936 the Ladies' Auxiliary of Monash Branch was founded with 18 Charter members. The inaugural President was Mrs. Ed Yoell. These ladies played an essential role in the work of the branch - visiting the sick, caring for veterans' needs, and supporting the Monash Branch in many ways, including fundraising for education scholarships.

The General Monash Branch reached its height after the Second World War, achieving a membership of approximately 600 veterans. The Branch found a permanent home at 1414 Main Street and undertook a wide variety of activities. Of prime importance was the development of a cenotaph at the Shaarey Zedek cemetery, memorializing the names of all of the fallen veterans of World Wars I and II. This was an important gesture particularly for the families of those service men who did not return home and were buried overseas.

Over the ensuing decades, members faithfully participated in cenotaph parades at the Shaarey Zedek and the Hebrew Sick cemeteries; Remembrance Day parades at the Convention Centre and services at the Shaarey Zedek; Holocaust Day parades at the Legislative grounds (in later years with Gray Academy students) and services at the Etz Chayim Synagogue; selling poppies; visiting the sick; and participating in members' funerals. They called bingo and supplied prizes and food at the Deer Lodge Veterans Hospital; held picnics for members and their families; and enjoyed many social events at the hall such as New Year's Eve and after-parade parties. They enjoyed the camaraderie of cribbage tournaments, darts and - in the early years - the Drum and Bugle Band.

With the connection through the Australian General Monash, the Branch has enjoyed a long-time relationship with the Down Under Club of Winnipeg who never fails to include and honour the Branch at their annual events. Gordon Keatch is the last remaining veteran in the Club and is also an active member of the Monash Branch.

The Branch has always been involved in raising funds for a variety of purposes. Through memberships, fundraising teas held by the Ladies Auxiliary, or the sale of raffle books or prize draws, the Branch was able to support causes that were important to them. They provided annual scholarships to students at Garden City Collegiate, West Kildonan Collegiate, St. John's High School and The Maples Collegiate. They generously supported the work of organizations such as Shalom Residences. They donated to local projects such as the construction of the Seven Oaks General Hospital. They sponsored athletes and an annual athletic camp at the International Peace Gardens. They attended conferences and supported activities of the national Royal Canadian Legion.

Today, the General Monash Branch is a small group of men who still hold regular meetings and gather for conversation and darts. They continue to uphold the traditions of involvement in Armistice Day and Holocaust Day parades. With the pro bono involvement of real estate agent Joe Diner and lawyer Norman Rosenbaum, the building at 1414 Main Street was sold in August 2015. The proceeds enabled the Branch to establish an endowment fund in the amount of $190,000 at the Jewish Foundation of Manitoba. The annual income will continue the Branch's legacy, supporting the Gwen Secter Creative Living Centre, Shalom Residences, Gray Academy, West Kildonan Collegiate, and the Salvation Army.

As is written on the badge of the Royal Canadian Legion, "memoriam eorum retinebimus" � we will remember them.