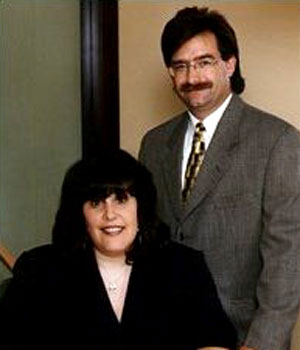 My grandparents Louis and Freida Arlinsky, and Julius Altman came to Canada from Russia and Poland in the 1920's. They were all grocery store owners in Winnipeg. I spent many enjoyable days "working" in the store alongside my Baba and Zaida Arlinsky.

I was born in Winnipeg and grew up along with my brother and two sisters in Garden City. Obtaining a Jewish education was important to my parents and I attended Talmud Torah and Joseph Wolinsky Collegiate. I graduated from J.W.C. and was the class valedictorian in Hebrew. The Talmudic discussions at school when I was a teenager made a significant and lasting impression on me. They fostered in me an appreciation and respect for Judaism. I believe they also influenced me in choosing my profession, child psychiatry.I have fond memories of going to synagogue with my Zaida Altman and my father, Erev Pesach. Putting on tefillin with my Zaida Altman was very meaningful for me. His devotion to Judaism was something I admired.

Discussions involving the Torah and Talmud continue to give me great enjoyment and I look forward to opportunities to further my knowledge of Judaism.

My life centers primarily around my family - I am married to Pam Wener, and we have two children, Corey and Daniel. My wife's involvement in the Jewish community to broaden its inclusiveness has been an inspiration and a source of pride for our family.

I hope that in the future being a Jew, of whatever degree of observance, will be meaningful and significant to world Jewry. Finally, and perhaps of most importance, I hope that the depth and humanism of Judaism will be embraced and valued by all Jews for generations to come.