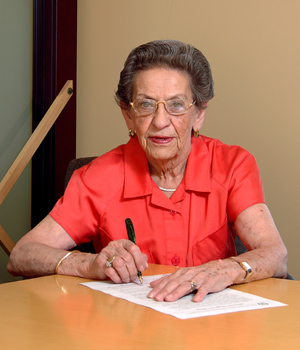 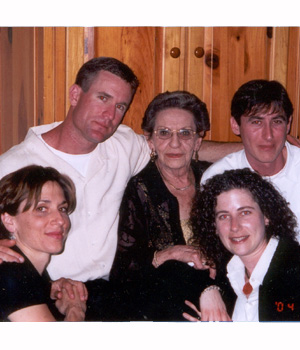 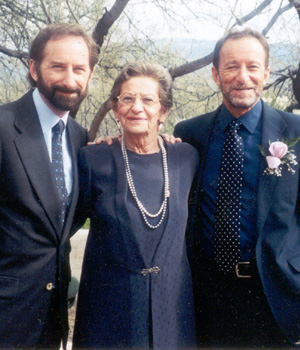 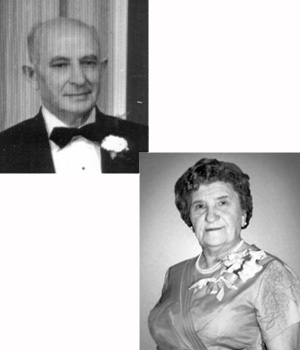 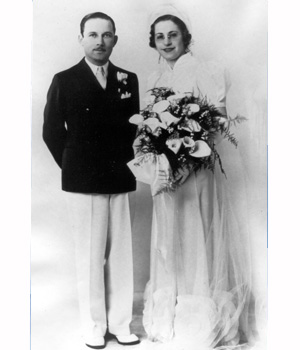 Frances was born in Winnipeg, Manitoba on March 11, 1914 to Eta and Harry Kopelow. The Kopelows had been married two years when they emigrated from Gomel, Russia to Winnipeg, through Quebec, to follow Eta's two brothers. After a few years in Winnipeg, they settled into their business, Kopelow's Groceries & Meats, at 500 Bannatyne Avenue. The family lived above the store and the business thrived for many years. Their store became the cornerstone of much of the activity in the area. During the difficult times of the Second World War, the store became a hub of activity, often filled with many of the people from the neighbourhood.

Frances was raised with a strong work ethic and began a long life in the retail business at the young age of eight. She worked behind the grocery store's candy counter every day after school and soon began waiting on customers. Together with her four younger brothers — Hymie, Morris, Harold, and Ben — the siblings worked with their parents to build a successful business. Frances continued in this capacity in the store until she was married to Sam Sheps.

The Kopelows were generous to many organizations and taught their children the mitzvah of tzedakah. One of the highlights of Frances' childhood was a large fundraising event for the Mount Carmel Clinic in 1932. Together with her parents, Frances raised the most money for the event and was crowned Queen Esther at the Purim celebration. Following the event, she was nicknamed "Queenie" by her brother, Hy.

Frances participated in many activities including dance, sports, music, and fundraising. At sixteen, she joined the Propoisker Society, an organization that brought her closer to her Jewish roots. She was also responsible for forming the first Girls Club at the YMHA on Main Street. It was here that she met her husband-to-be, Sam Sheps, in 1932.

Sam and Frances were married on June 6, 1937. Together they began a life of community work filled with giving. Sam became Executive Director of the YMHA in 1935, a position he held for thirty-two years. Their ongoing devotion to the Winnipeg Jewish Community Centre aided its growth, assisting it to expand from its location on Albert Street to 370 Hargrave Street. With their help, the "Y" became more than just a sports facility. Frances continues to be a life member of both the National Council of Jewish Women and Hadassah-Wizo.

Frances continued her career in retail, and in 1955, she went to work at Fredrick's. This was followed by positions at The Card Shop, Sara Cohen Couturiers for ten years, Silverman Jewelers for seventeen years, and Al's Jewelers, from where she retired in 1988. At the age of eighty-six, she went back to work at Hangers Fashion Warehouse where she continues to work part-time on the sales floor.

Her later years have been filled with baking and cooking. Famous for her kreplach, blintzes and knishes, she takes them all over the country to her family and friends. News of a friend's illness is soon followed by a package of homemade goodies from the love of her kitchen. Frances continues to knit and crotchet, making lovely carriage covers for all the new babies that come into her life. A long-time fan of Scrabble and Kalukie, she plays a terrific game of both to this day.

Frances made a warm and loving home for her husband and their two sons, Sid and Philip. There was always life and activity within the house, and many have memories of visiting and hanging out as kids. She played a central role in her family's life, creating an inviting atmosphere for all of her family during holiday time.

Frances is a loving grandmother to Jeff, David, and Laura, and has been blessed with two great-grandchildren, Sammy and Benjamin. She has also been a loyal friend to both Pat Goodson and Joanne Sheps.

Frances' philosophy is that living your life in love and giving will always bring you the most joy. Her unconditional love for her family and friends is one of her greatest traits. She has brought much joy and happiness to the many that have known her throughout her long life.