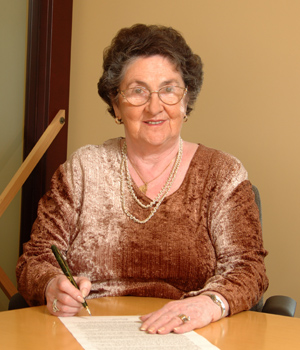 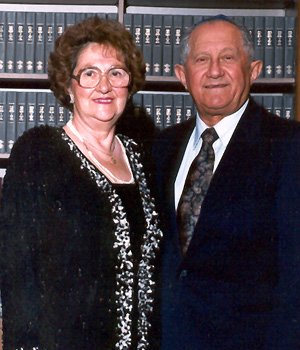 Fela and her husband Abraham 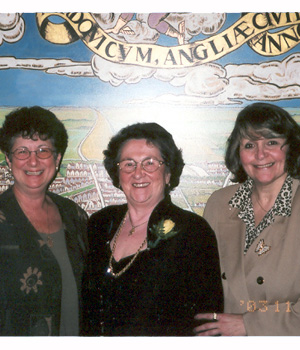 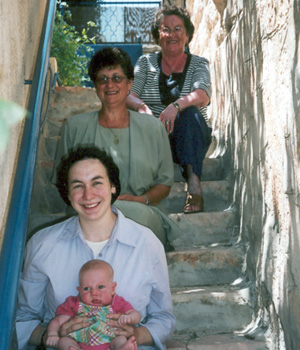 Fela Shwemer (Wolnerman) could spend weeks retelling the stories of her life — stories of courage, determination, inhumanity, cruelty, and above all else, stories of love and faith.

Fela was born in the Polish city of Sosnowiec, not far from the German border, in 1923. She lived with her parents Barish and Bina Wolnerman (Frisz) and eight siblings — a brother passed away before she was born — and in spite of prevailing anti-Semitism, enjoyed a happy childhood. Barish was a butcher by profession and a very pious and honourable man. Fela attended a Jewish school and had many friends, both Jews and non-Jews. All of this changed when World War II broke out. Jews in Sosnowiec were ordered to wear white armbands and were forbidden to attend school and synagogue, use the streetcar or be out on the streets. For a while, 16-year-old Fela, feeling either brave or foolish, would take off her arm band and go out with her friends.

Two of Fela's siblings escaped to Russia, and her mother encouraged Fela to follow them in the company of an older boy who was in love with Fela. Fela refused. Soon after she was ordered to report to the Germans and did so, for failure to report would have put her entire family at risk. Fela's suitor offered to buy her freedom, but again she refused his offer. Instead, in 1942 she was taken by train to the Neuzaltz slave labour camp in Germany and put to work at the Gruwshvitz factory for three years.

In mid February, 1945, the 900 girls from the camp were divided into three groups and marched for six weeks in their wooden shoes through Germany, Austria and Czechoslovakia until they reached the Flossenberg labour camp, back in Germany. Fela heard that one of her brothers was there and attempted to make contact with him by feigning a tooth ache. She was sent to the dentist where subsequently all of her bottom teeth were brutally pulled out. She never did see her brother.

From Flossenburg, 80 girls were loaded into a train car and transported for eight days to Bergen without food, water, or air. When they arrived only15 girls were alive. The bodies of the others were thrown out of the train like garbage. The survivors then trekked six kilometers to the Belsen death camp, where Fela was diagnosed with double typhoid and dysentery. Fela was liberated on April 15, 1945 by the English army. A soldier crawling over the dead noticed her eyes fluttering, picked her up and carried her to a makeshift hospital where she had to re-learn how to sit, stand and walk. Both her parents and three of her siblings had died in the camps.

While she was in hospital Fela met her cousin Abraham, whom she had never really known well. They were married on October 30, 1945. Their daughter Chavaleh was born soon after and died in infancy. In 1947 Fela and Abraham received visas for Israel, and moved to Haifa, where their daughter Betty was born. Abraham joined the Hagganah, leaving Fela and the baby to struggle on their own for months at a time. In 1950 Fela's siblings, who had made their way to Canada, arranged for her and her family to immigrate to Winnipeg.

Life in Winnipeg was very difficult at the beginning, even though people in general were very kind. Neither Fela nor Abraham knew English, although Fela picked it up quickly, using CJOB Radio as her teacher. Both Abraham and Fela found work at Winnipeg Cold Storage, a job that Fela kept until she was seven months pregnant with daughter Cecile and she fell in the street and broke her ankle.

Abraham worked at the cold storage for five years until Fela convinced him to go into his own business. She managed to save $1,500 and purchase a truck, and Abraham began hauling junk, particularly old batteries, from the countryside. Eventually, seeing a need, he and Fela began selling clothing to farmers door to door. They remained in this business for 36 years, supplying goods to three generations of farmers, until Abraham was too ill for them to continue. He passed away on December 18, 2000 after almost 18 years of illness.

Since then Fela has moved from her Garden City home into a more manageable apartment, and enjoys, as she always has, spending time with her children, grandchildren and especially her "special blessing," her great-granddaughter. She also remains very Jewish in her heart. While there were times when she questioned G-d, she never abandoned her faith, always remembering how her father told her, "go with G-d and he will help you."

This idea of G-d's goodness is one of the messages that Fela would like to leave behind for those who come after her. She also wants to remind the young to maintain a positive outlook, never give up and always remember that life is precious. Fela is very grateful to Canada where she spent most of her life, and where her children grew up and were educated. She loves Canada. It is the best country in the world.