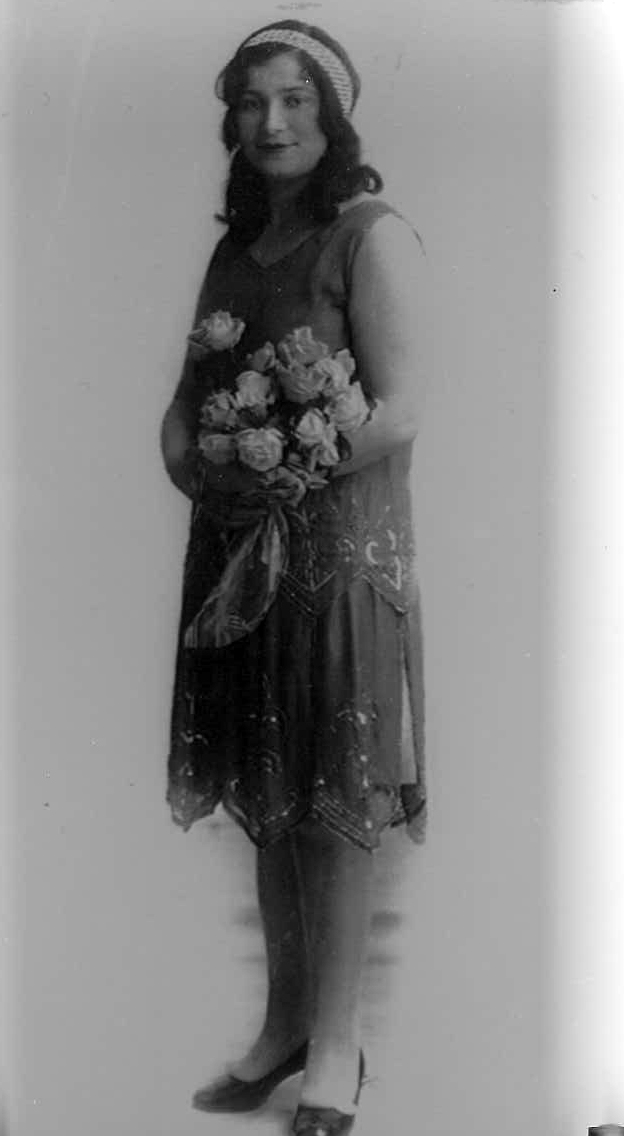 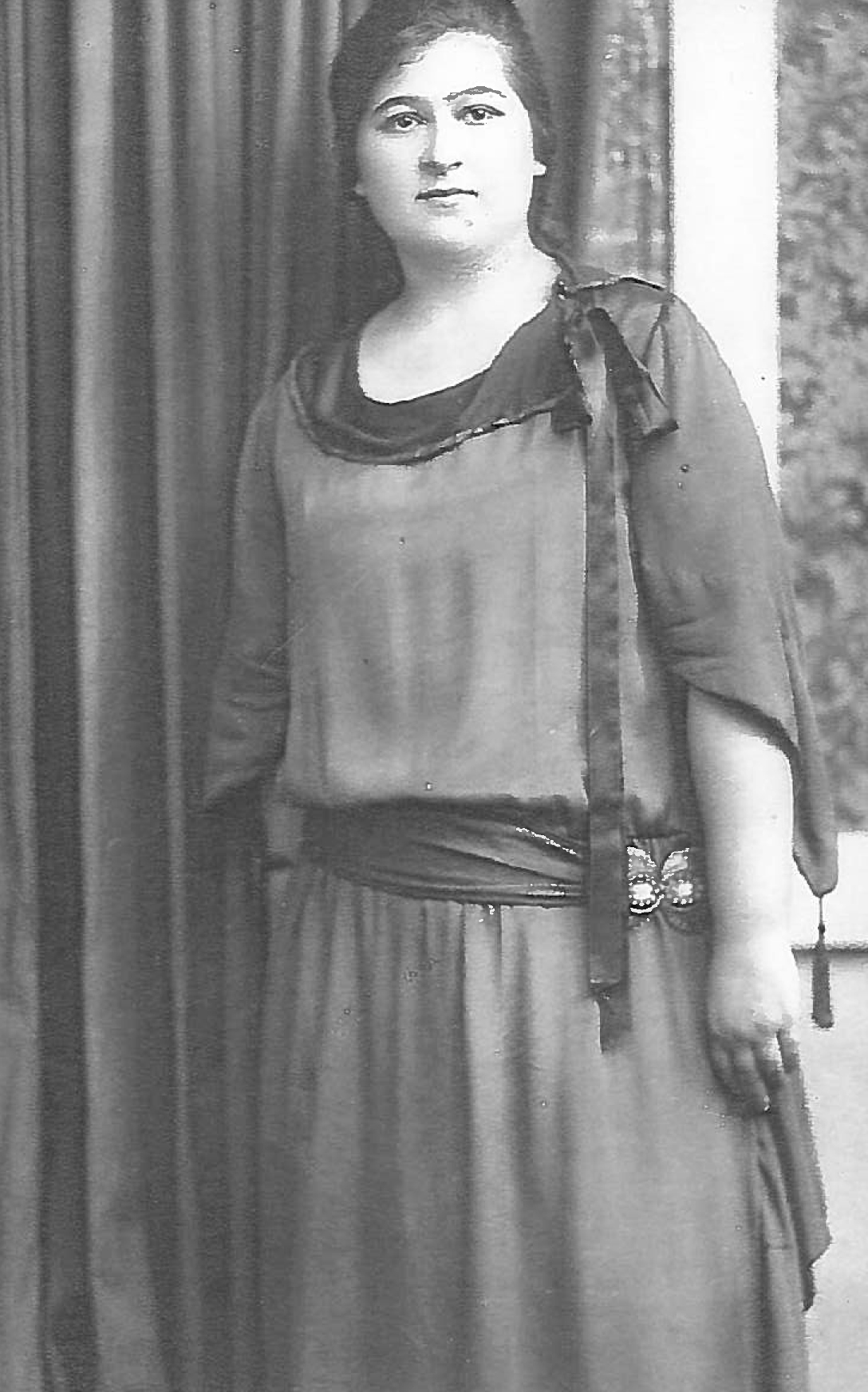 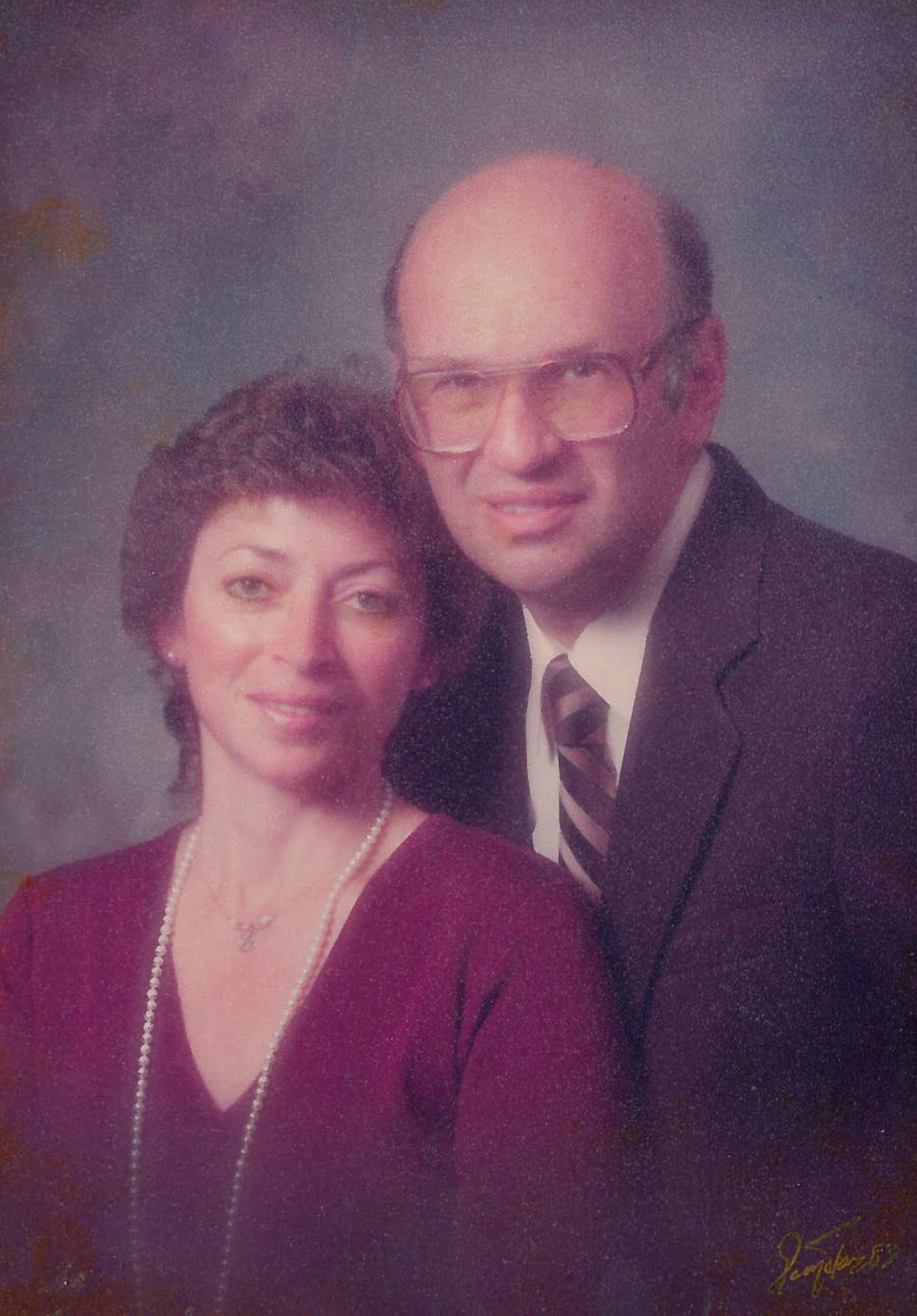 I was born in Winnipeg in 1942 to Sid and Frances Tessler (née Katz). My Dad was from Mezhirich, Poland, and my Mom was from Kapekevitch, Russia. Both were born in 1910, and both came to Winnipeg as teenagers.

My Dad was brought to Winnipeg by his uncle Michel Tessler in 1926. While his parents and most of his family later perished in the Holocaust, his sister Chaya hid a younger brother and a cousin first on a farm and then in the forest during the war. They survived and came to Winnipeg in 1948.

My biological mother came to Winnipeg at the age of 16 with a younger sister. Their parents wanted them to leave Russia, so they crossed the ocean and never saw their parents again. Their parents and siblings also perished in the Holocaust.

Sid and Frances met, married, and had four children together: Ernie, Ben, Jerry, and me. Sadness struck when my biological mother passed away in March 1943 when I was only five-months-old. My Dad was devastated, and deeply committed to keeping his children together. He refused to put us up for adoption. His work as a cattle buyer kept him on the road a lot, and so my brothers and I were placed in the Jewish Orphanage. A woman named Sonya Polonsky, daughter of Rabbi Shmuel Polonsky, worked there in the baby ward. She was the woman who changed our lives.

While my brothers and I were settling in, the orphanage was scheduled to close down in phases over the next few years — starting with the baby ward. The babies who were not put up for adoption were sent to the Children's Hospital.

By this time, Sonya and my Dad were falling in love. They married and Sonya became our mother when I was approximately two-years-old. She deserves a trophy for marrying a widower with four children whose work took him out of town for a week or two at a time.

Life started to normalize as we settled into a rented home on Magnus Avenue. I went to preschool at the Sholem Aleichem school on Pritchard and Salter, and then the Talmud Torah on Charles. I knew that money was tight in our household and I was able to attend preschool and Jewish day school because of the generosity of some angels in the community. I also attended BB Camp and Camp Massad for many years — I imagine that community subsidies made that possible as well. My Jewish social life also included clubs and dances at the YMHA.

We had a very Jewish home and we went to synagogue at Ateret Israel on Magnus and Powers. When I was at Talmud Torah, I was one of only two girls in Cantor Benjamin Brownstone's renowned choir. Despite our modest means, every Jewish holiday was celebrated to the fullest.

In grade eight, I transferred to Machray School and Maimonides College in the evenings, ultimately graduating from grade 11 from St. John's High School. I started grade 12 — which was then the equivalent of first-year university — but my Dad became ill and I decided to go to work to help the family. My father passed away at 55.

My first job was at GE as a clerk where I learned a great deal about office management and administration. At the age of 19 I decided to move to Vancouver and took a job with Fruehauf Trailer. I only stayed a year as I missed the community back home.

I took a job with Dow Chemical and I moved in with my mother, Sonya. It was a difficult period as her health was failing and she needed a great deal of care. She was a severe diabetic and was losing her sight. (I used to come home in the middle of Saturday night dates to help her with her medication.)

And so the family hired a full-time caregiver and I took my own apartment, first on Anderson and then on Hargrave, at a time when very few young single women lived on their own.

I was keen to meet and marry a Jewish man (at a time when many of them would camp out at the airport to meet the new young women who were moving here from Vancouver!). I met Max Reich at a wedding on a blind date. To be clear, he wasn't MY date. My date was Max's friend. After that wedding, Max — always a man of integrity and honour — asked permission of his friend to call me. The permission was granted.

We started to date — the Sals on Main at Matheson was a frequent hangout — and in 1965, we got married at the Ashkezani Synagogue and moved into a house on Seven Oaks Avenue, east of Main Street.

Our children followed soon after. Stephen was born in 1966; Shani in 1970; and Cal in 1975. As our property management business grew, we built our family home on Tanoak Park Drive. We enjoyed a beautiful family life together including summers at Clear Lake and holiday celebrations. Our children attended Talmud Torah and Camp Massad as we tried to instill within them a passion for Jewish community life. The Jewish organization that perhaps had the greatest impact on our family's life was the Sarah Sommer Chai Folk Ensemble. Stephen and Cal were singers; Shani a dancer; and Max and I were active volunteers. I worked with the costumes and Max served on the Board and ultimately co-chaired it. We believed deeply — and I still do — that celebrating Jewish life through the arts is vital for the community's future.

Outside of my volunteer work with Chai, I was also active with the Talmud Torah PTA and I was on the special events committee that started Starry Starry Night, a fundraiser in support of juvenile diabetes research.

My marriage to Max was rewarding and loving. We were partners at home and in business and we enjoyed each other's company immensely. Max passed away early in 2017 and I miss him dearly, but I see traces of his character, his values, and his spirit in my children, and in my grandchildren: Matan, Ozias, Daliyah, Asher, and Rowan. I am inspired by, and grateful for, how my children and their spouses are raising their own children.

When Max passed away, I began to realize how vulnerable we all are, and how precious life is. His passing was the impetus for my participation in the Endowment Book of Life program. I sign this book and commit to leaving a legacy in honour of my biological mother and my mother, Sonya, who embraced me; in gratitude for my life with Max; as a legacy for my children and grandchildren; and as an expression of my love for Winnipeg's Jewish community.