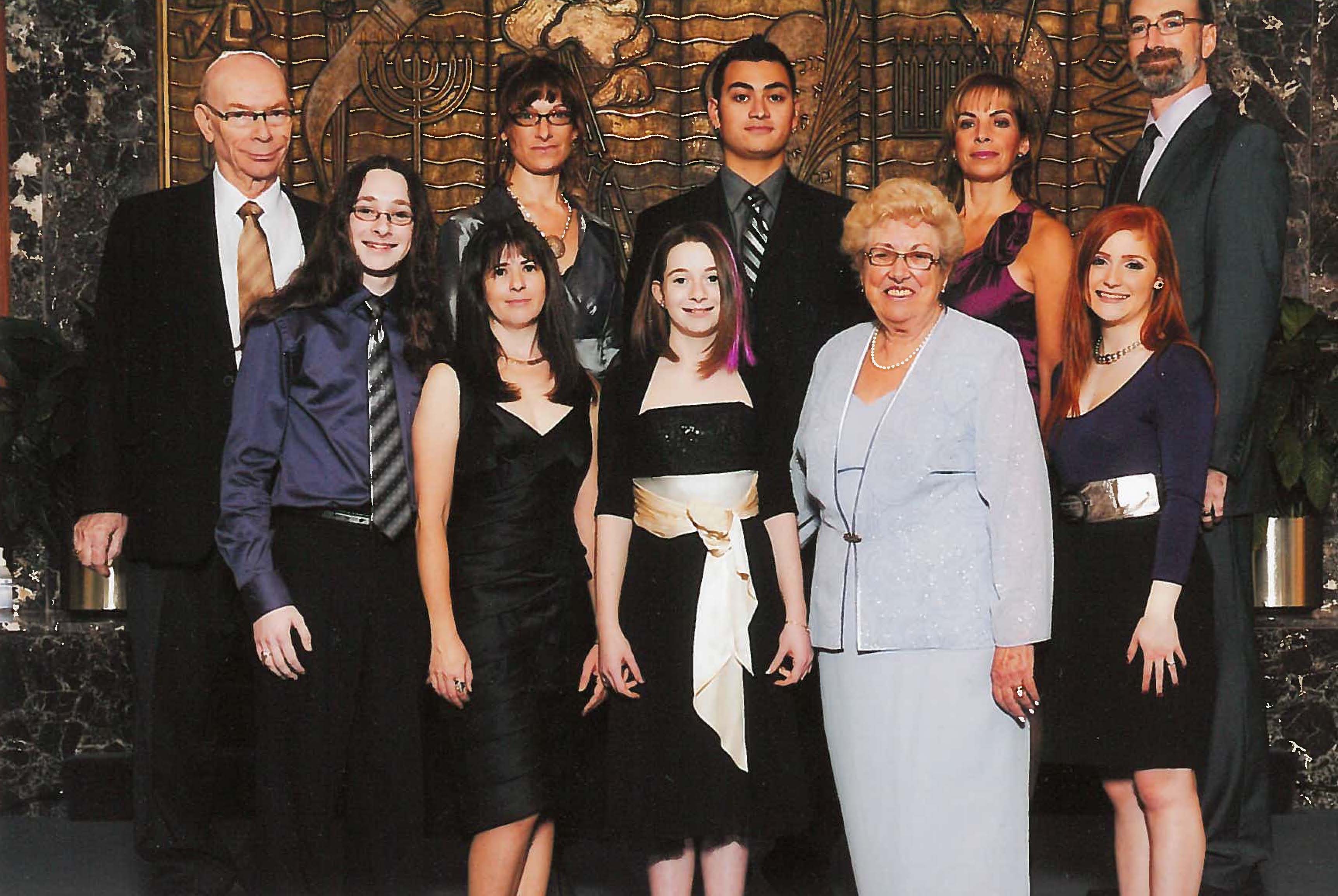 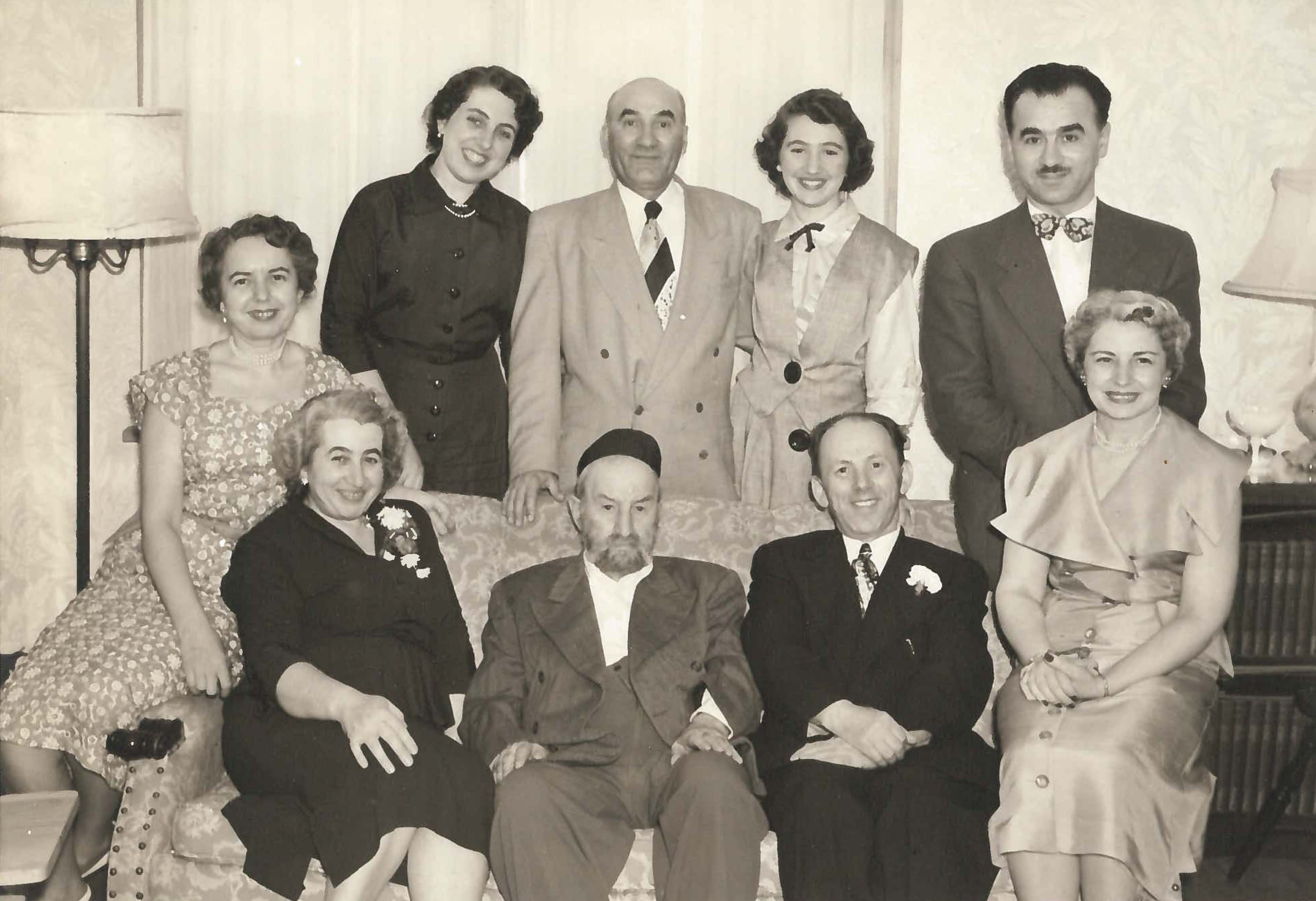 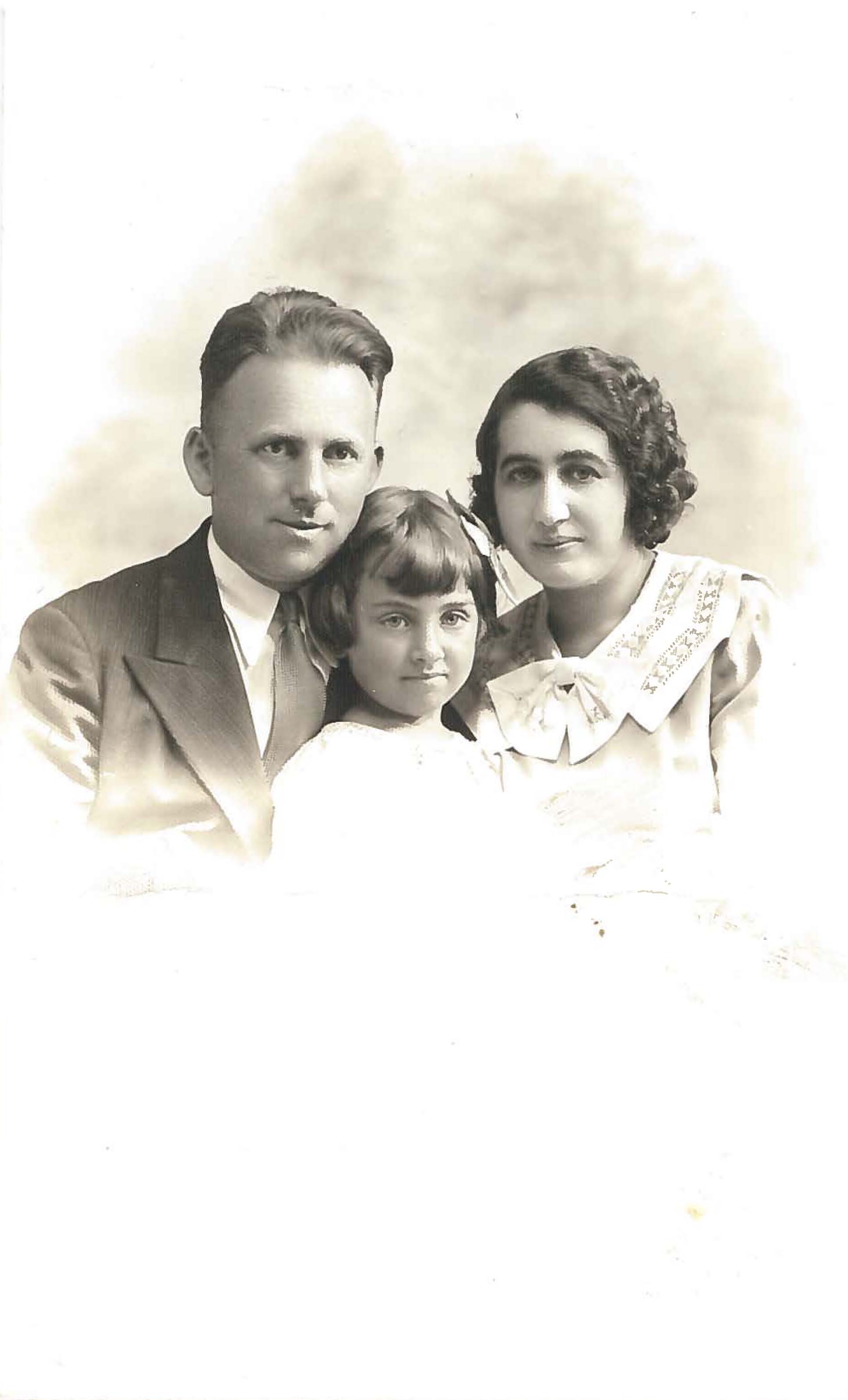 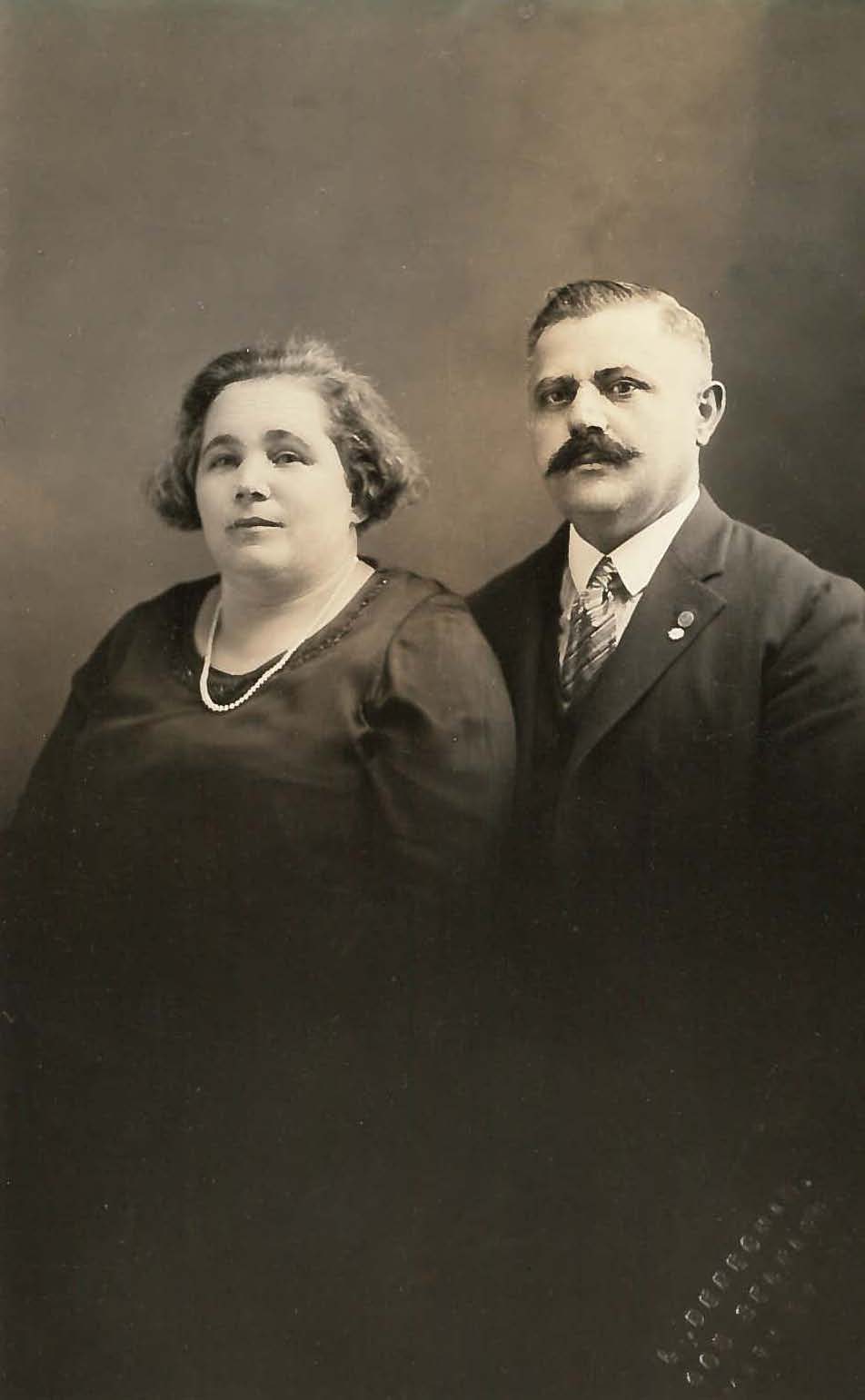 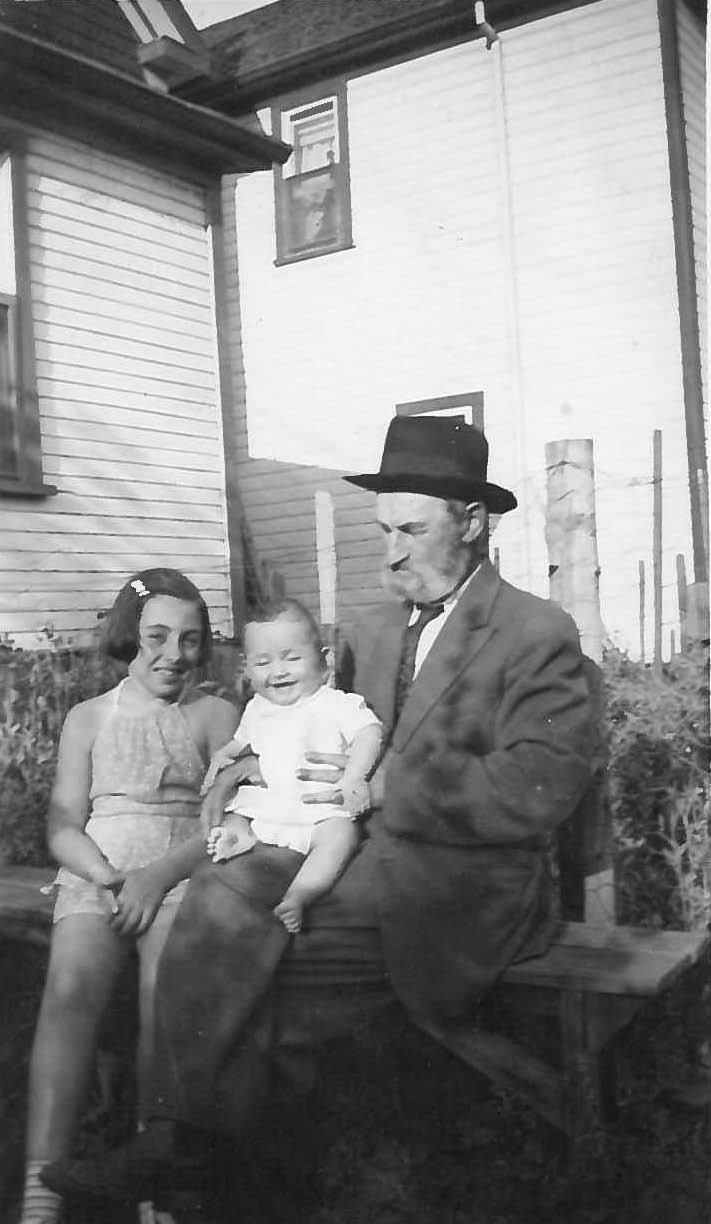 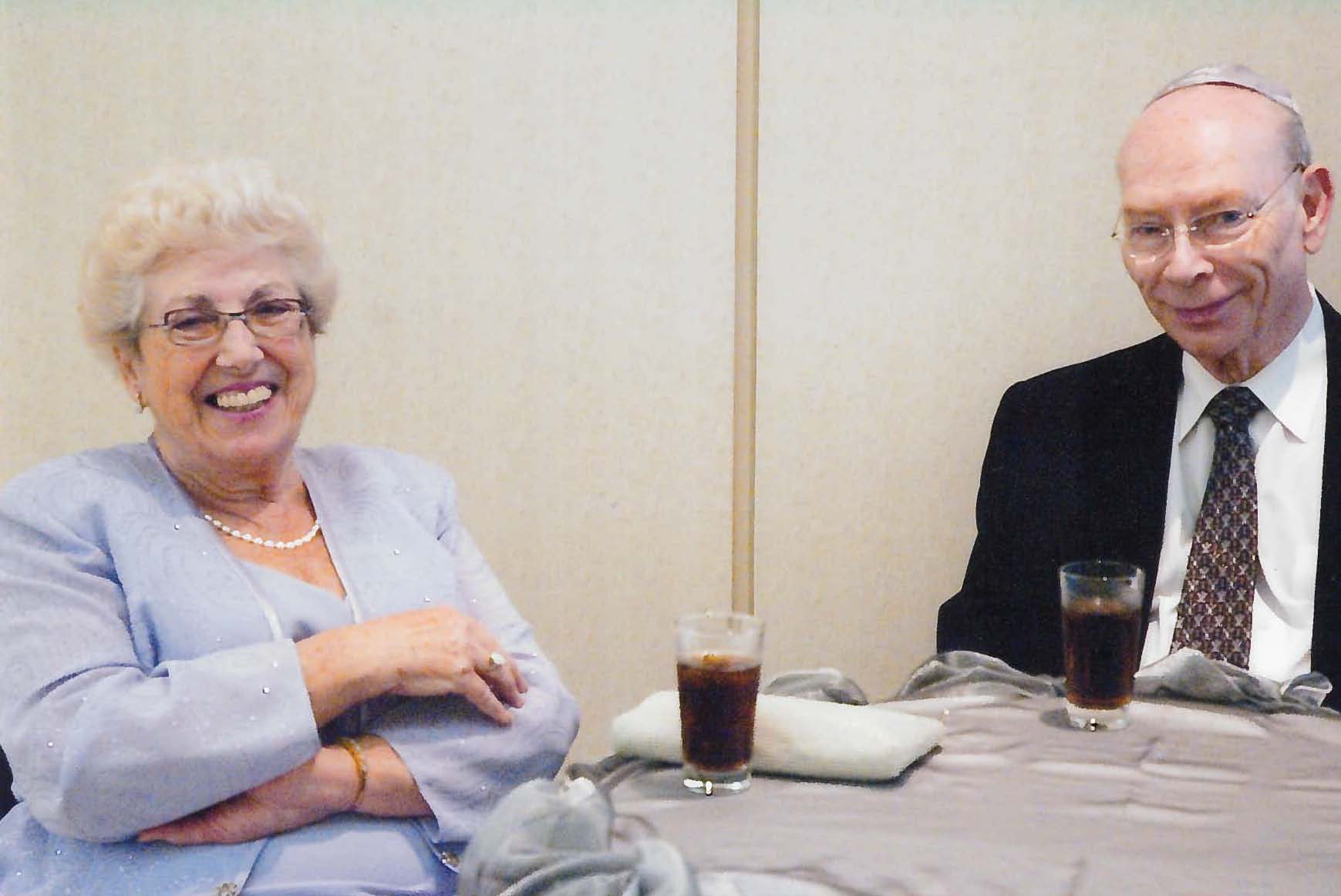 In 1914, 11-year-old Rebecca Resnick boarded a boat together with her parents, Moishe and Surka (nee Weinstock), a brother and a sister. They left their home in Bessarabia and eventually came to Winnipeg to make their home.

Seven years later, a young man left his home in Lubar, Ukraine. Moishe Cantor's mother had passed away and now an aunt living in Winnipeg had sent him a ticket to a new start and a new home.

These two young people shared a love of learning, socializing, and their Jewish heritage. Together with other young people they formed the "Kultur Kreis." This group of friends hosted Yiddish poets, writers and thinkers, performed Yiddish theatre, founded the Jewish Public Library, and had fun all year round - tobogganing, boating, picnicking and swimming. They formed friendships that lasted all their lives, even into succeeding generations.

Moishe and Becky married on June 1, 1928. They were my parents. I was born in 1930 and my sister Sheila was born in 1939. I grew up in the midst of this group of lively friendships, Yiddishkeit, community life and intellectual stimulation. Along with this family-like group, I had true family - grandparents, aunts and uncles and cousins. My Zaida Eli Cantor had come to Winnipeg in 1930, fortuitously since his hometown in Ukraine was obliterated during the Holocaust.

My father was a teacher and during my first 12 years he taught for periods of time in parochial schools in Ohio, Texas and Massachusetts, but Winnipeg's North End was always home. I remember the I.L. Peretz Folk Shul being built where, beginning in 1942, my father taught and later became co-principal of both the Aberdeen and Aikins campuses. In 1958 he became Executive Secretary to Heinz Frank at the Canadian Jewish Congress where one of his greatest achievements was the development of Jewish educational materials to be sent to rural families so they could teach their children. He held this position until his passing from cancer on April 7, 1963. My mother, his staunch support and loving partner throughout their life together, missed him terribly but dedicated herself to her children and grandchildren until her passing on April 4, 1993.

I attended the Peretz Shul and graduated from "Hechere Koursen". For my public education I attended Machray School and graduated from St. John's Tech. I went on to the University of Manitoba where I earned my Bachelor of Arts. I had always attended Habonim camp and as a young woman I intended to make aliyah but my father encouraged me to get an education first. After working for a time at the Winnipeg Public Library on William Avenue, I returned to university and, in 1957, graduated with a Bachelor of Social Work. Together with some friends, I moved to Montreal where I took a job at the Protestant Social Agency. Helen Mann, the Dean of Social Work at the U of M, contacted me and urged me to come back for my Master's, even going so far as to arrange scholarships for me. I graduated with my Master's of Social Work in 1959 and returned to Montreal where I took a job at Queen Mary Veterans Hospital, first as a medical social worker and later as a psychiatric social worker.

On one visit home to Winnipeg, my cousin Sheila Brodovsky introduced me to Dr. Phillip Katz who had just opened his first psychiatric practice. Phil and I had an immediate connection because of our work in psychiatry as well as our shared family and cultural values. Although I loved my job in Montreal, I chose to move back to Winnipeg. Phil and I dated for a year and were married on April 12, 1964. We eloped to New York City, where Phil had trained, and our marriage was witnessed by our friends Herman and Gloria Spater. When we returned to Winnipeg our parents hosted a reception with our extended families. 52 years later, we are still happily married.

When I returned to Winnipeg I took a job as the Head of Social Work at Winnipeg General Hospital where I worked hard to reorganize the department to make it more efficient and effective in its role within the hospital. I resigned with my first pregnancy, but continued as a field instructor and lecturer in U of M's School of Social Work until 1980.

Our son Laurence was born in 1964. He is currently the Head of Child and Adolescent Psychiatry at Health Sciences Centre in Winnipeg. He is married to Zoe Kogan and they have two children, Zachary and Jessica. Our daughter Jennifer was born in 1967. She has her PhD in Education and is the Founder of the Manitoba Alliance for Universal Design for Learning. She is Associate Professor of Inclusive Education at U of M and UBC. Our daughter Vivi was born in 1969 and is a nurse practitioner at the Access Downtown Clinic. She is married to Allan Feldman and has a son, Jorel Katz. We are blessed with wonderfully caring children and grandchildren whom we adore.

I have enjoyed many years of communal work, having had the privilege of participation on a variety of committees and boards. I have chaired the Ramah Hebrew School Board (1975-78)and the Winnipeg Board of Jewish Education (1983-85) and have sat on and chaired the Board of the Winnipeg Jewish Community Council serving in many capacities since 1977. In 1979 the community was lacking proper demographic information for planning purposes. I took the initiative to gather my friends from NCJW and CJA and we went through Winnipeg's phone book and identified all the Jewish surnames that we could. We then called each home and got as much information as we could including the names of the children and their age ranges. This began what has been for me a labor of love, tracking through as many resources as I could find, the demographics of our Jewish community.

Of all my community service, I am most proud of three initiatives I was involved with in one way or another from conception to execution: the Holocaust Memorial on the grounds of the Legislature; the Asper Jewish Community Campus, and the development of the Simkin Centre. Each of these initiatives has played an undeniable role in shaping and supporting our community. I have a strong belief in building community; that the strength of our Jewish community is in hanging together and holding together; when we tear each other apart, we fall apart.

My wish for future generations is that they would be passionate for their heritage - for the local community, for Klal Yisrael and for the survival of the Land of Israel.

"L'dor va'dor" ... from generation to generation.