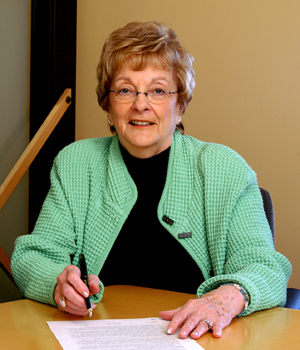 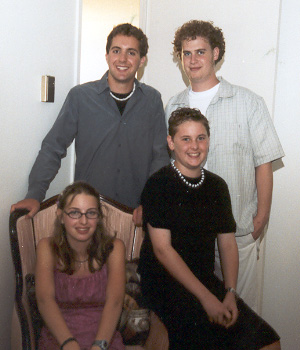 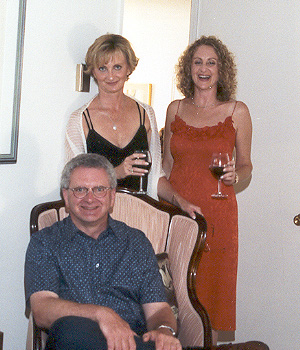 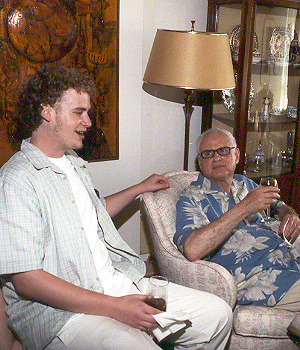 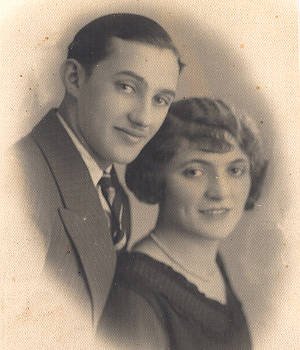 I was born in Winnipeg on Friday, December 13, 1929. Don't let the `Friday the 13th' fool you — I had a happy childhood in a warm, close-knit, Yiddish-speaking family. Life was never dull with my brother Arnie around, and Winnipeg's thriving Jewish community provided a sense of stability and constancy.

My parents, Rae (Silverberg) and Alex Cooper were born in the same village of Novagrad Vlinsk and both came to Winnipeg as young teenagers. When they married in 1928, they opened a store on Disraeli Avenue where I was born a year later. The store was a meager subsistence and my father went to work for Canada Bread while my mother worked the store. It was not the life for them and they sold the store and moved to 277 Mountain Avenue. Later moving to the Royal York Apartments on Kennedy Street between Sargent and Cumberland, they operated the "Cavel" grocery store.

I attended Victoria Albert School from Grades 1 to 6, Hugh John MacDonald for Junior High, and Daniel MacIntyre Collegiate. There were very few Jewish students and since I was blond and with the last name Cooper I did not experience anti-Semitism, at least I didn't recognize it, although later I did realize that there had been homes where I was not welcome. I seemed to live in two worlds — weekdays "downtown" with my school friends, and weekends in the north end with my Jewish friends. I belonged to the `Y' on Albert Street and B'nai Brith Girls and both provided wonderful life-long friendships.

Having a store meant that our family rarely ate together, but this made Jewish holidays even more special because not only were we celebrating a special occasion but also our whole family was together. My parents belonged to the Association of Retail Grocers, and as a family we were especially close to the other ARG families. Arnie, my blond blue-eyed "cherub" of a brother was always lots of fun and full of mischief. His antics certainly helped make for a memorable childhood!

When I was 18, my father had meningitis and it was then that I realized how in his own quiet way he had an amazing impact on people. He had always taught us to believe the best in others and he evidently had practiced that. When he closed the store we realized that there were many people who owed money. He had believed in them and out of respect for him not one reneged on their debts — they all paid up. Later, after he passed away, we again realized his influence as story after story unfolded about his kindness and generosity. He lived what he taught — he embodied tzedakah.

After high school I attended United College and the University of Manitoba and then, at age 19, married Arthur Arkin. A year later our first son, Gary, was born. I always found it ironic that I could get married and have a child, but still could not vote! (Gary's birth was memorable in that he was the first boy born in the Women's Pavilion at Health Sciences Centre. It was May 1950 and because of the great flood, they were evacuating other hospitals — I went to the hospital early just to ensure a bed would be available. Since it was a new hospital many supplies were still in boxes — they unpacked things as they were needed!) Today Gary is a lawyer living in Ottawa. He is married to Diane Goodman and they have a son Benjamin and daughter Roxanne.

Our daughter Kathi, also a lawyer, was born in 1953. She and her husband Michael Spencer have a son Andrew and live in Marbella, Spain. Nancy, an accountant, was born in 1956. She is married to Ron McAndrews. She has a son, Aaron Sodomsky, who lives in Winnipeg.

Community involvement has been a big part of my life. Early in my marriage I became involved with Hadassah — a real "force" in those days. With women like Sophie Shibu, Becky Sokoloff and Rose Halprin to guide me, we put on plays in Yiddish as well as other productions, art auctions, and many superb bazaars. Our "Freeze Now Fly Later" bazaar held at the old Civic Auditorium was talked about for years! Over the years, our chapter reached 180 people and I had the privilege of serving as President, Youth Aliyah Chair, and Men's Youth Aliyah Chair. I thoroughly enjoyed life in Hadassah — it was a wonderful training ground!

In 1980, I went to work for the Winnipeg Jewish Community Council when Izzy Peltz took me on in good faith that I would be an asset to this growing organization! I did a variety of jobs and enjoyed my years there. Later, I worked for the `Y' until my retirement in 1995. This was an especially busy time with the beginning of the plans for the new Campus. My work experience allowed me to be involved with people and the fun environment helped me to have a young attitude.

I have realized that after Arnie and I there will be no one to tell the Cooper story. The Endowment Book of Life gives me the opportunity to know that our family story is documented for future generations.

My involvement at the heart of the community has given me an insight into the many activities and programs that take place here. We have an amazing resource here that must be preserved for future generations. It is our responsibility — and our privilege -to "plant for those who will come after us".