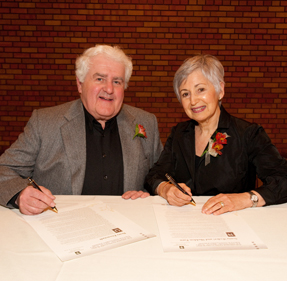 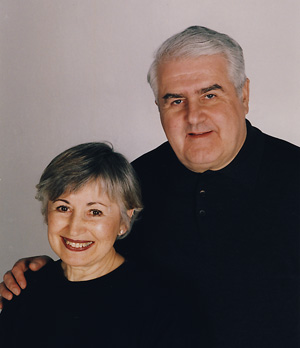 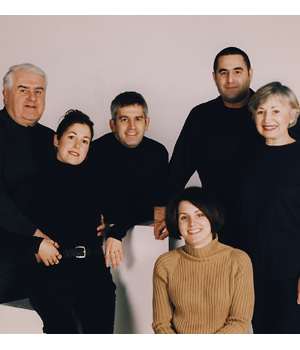 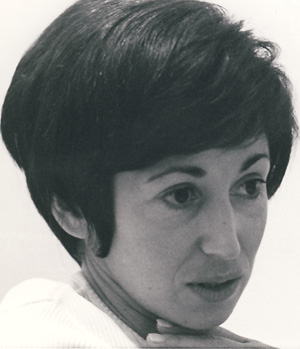 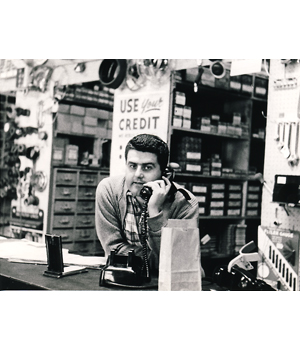 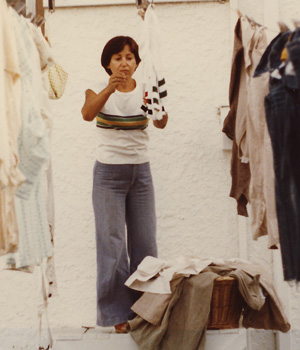 Our parents, Alec and Evelyn, are your dyed-in-the-wool hameshe North End Winnipeg Jews. Their lives really are a testament to their era and community.

Evelyn ("Chav" to many) was born in Winnipeg on Dec. 8, 1937, the daughter of Julius and Yetta Altman. Julius was an original horse and buggy street peddler, foods mostly, while Yetta minded the store on Pritchard. Evelyn was born a twin. As Zaida told it, he had no idea he was about to have twins and had only brought enough money with him to the hospital to leave with one child. So he got back out there with the cart and the horse and kept at it until he had sold enough chickens to return to the hospital and retrieve brother Frank. They had two older siblings, Bernice and Moishe.

Her mother passed away much too young — from cancer. Mom was about seven at the time. By this time they had a general store on Cathedral (where they also lived...that's another story) where all of the kids were put to work doing everything from stocking shelves to making deliveries - all to stay afloat with a single dad and a small store to run. Whenever our mother speaks of her childhood she claims poverty. When Zaida talked to us about those times, he always insisted that his kids were the best dressed kids in school. Go figure.

Mom attended various north end schools and also got a Jewish education at the Peretz Shul. Later she earned a teaching certificate. She taught school for a short time then turned to raising a family. And raise a family she did. Starting off in a duplex on Matheson, and later moving to our family home on McAdam, she gave birth to another child every two years until she had all four of us — Jeff, Grant, Marcia, and Rhonda. As Evelyn herself put it," I didn't climb out of the laundry for six years."

Alec was born in Winnipeg to Maurice and Ida (Weinstein) Gillman on April 7, 1936. He was the middle son of three boys - brother to Tom and Arthur. Growing up Dad attended David Livingston School, Victory School, Ralph Brown School, Faraday School, and St. John's High. They moved around a lot... and not always to such Jewish neighborhoods. When we would get Zaida Gillman talking about it, he told us that at the time anti-semitism was on the rise and he had decided to move his family into non-Jewish areas so that people could see that Jews were really just ordinary people. The way he put it was just unforgettable. He used to say, "I wanted people to see that Jews don't have horns."

Dad is an exceptionally hard worker. Just ask him. A paperboy in his early childhood, he lays claim to the longest paper route in history. We felt lucky to be just having breakfast in our pajamas and not slavishly slogging through the bitter cold and deep snow, doubled over carrying twice our weight in copies of the Winnipeg Free Press, making deliveries to nearly every home in the north end - like he did when he was our age.

While attending university Dad would make a few bucks taking cars apart and selling the materials for scrap. He soon realized that selling the individual parts was more lucrative than selling scrap and so, a part-time thing turned into a life-long career with his auto parts company, Allied Auto Parts. Eventually both his father and mother joined him in the business and they worked for many years side-by-side at Allied. Dad took a major hand in modernizing the industry; developing sophisticated communications and inventory networking systems that were way, way ahead of their time and ultimately changed the industry completely.

When Dad wasn't working at work he was working at home. As a big hobbyist and also an unstoppable salesman, he would come to marry the two by buying and selling just about anything he was tinkering with at the time. Oh yes, we remember a steady stream of cars, cameras, typewriters, copiers, and later computers, printers, and even airplanes making their way out the back door of 161 McAdam Ave.

Dad was a "shutter bug" and later a super-8 film buff. With banks of lights as bright as the sun, hardly a birthday party, a seder, or a school play went undocumented. Those lights really hurt... and the humiliation—well— there were tears... but we love and forgive him now that we can enjoy our past in photos and film.

Alec and Evelyn met at a YMHA club for Jewish teenagers. They were married in 1958 and through thick and thin managed to stay that way - now some 50 years later.

It has always struck us how very lucky our parents are to be surrounded by so many life-long friends. They come from a generation that stuck together, and we know that they themselves attribute that to something very special about the Winnipeg Jewish community. It is to that end that they are happy to participate in an endowment that will help keep Winnipeg's Jewish life unique and strong well into the future.