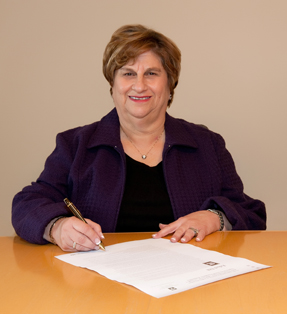 Ethel Dil signs her story for the Endowment Book of Life 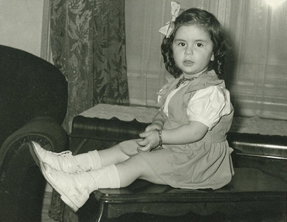 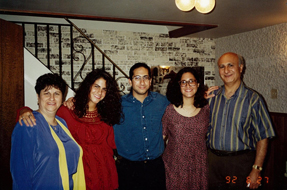 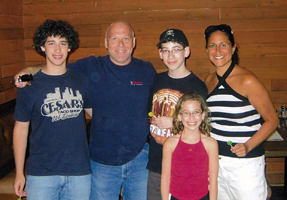 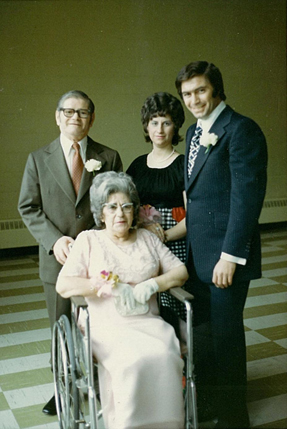 I was born in Winnipeg, Manitoba on August 7, 1943, to Sam and Anne Fleisher. My older brother, Barry, was born on May 4, 1937. Growing up at 71 Aikins Street, 599 Arlington Street and 470 McAdam Avenue in Winnipeg's north end, I attended Greenway Elementary school (kindergarten to Grade 3), Talmud Torah (for night school where I learned Hebrew), Inkster School (Grade 4-6), Machray Junior High (Grade 7-9) and St. John's High School (Grade 10-12).

As a child I enjoyed hobbies such as reading and stamp collecting and attending clubs at the YMHA on Saturday afternoons. As a teenager, I joined USY (United Synagogue Youth) and BBYO (B'nai B'rith Youth Organization). I enjoyed being part of both organizations because I had the opportunity to make many friends and participate in an array of activities that kept me active. I attended BB Camp for several years and learned many outdoor skills.

My father, Sam, was born in Galicia, Poland in 1909 and came to Canada in 1930. My mother, Anne (nee Kozack), was born in Bar, Russia in 1908 and came to Canada in 1926. My father owned and ran a grocery store for 45 years at 798 Sargent Avenue called The Salad Bowl. My mother started off as a factory worker, but then joined my father's grocery business as a cashier.

My parents were members of the Kiever (Kiev Free Loan Association), where they got together for social gatherings, played cards and connected with their community. My mother was the type of person who always put herself second to everyone else and enjoyed doing things for her friends and relatives. She was an amazing cook and I remember her always doing things the old-fashioned way when it came to cooking. I especially remember when she made her delicious kishkas for the holidays and how the smell of chicken soup always perfumed the house.

I met my husband, Zvi Dil, through a friend who arranged a date for us in January 1966. Zvi emigrated to Canada in May 1965 from Israel. Zvi and I enjoyed spending time together. We got married on July 11, 1967 at the B'nay Abraham Synagogue. When Zvi arrived in Canada, he worked as a cloth cutter for a few years. In July 1971, myself, Zvi, and our two year old daughter Elana, z"I moved to Israel for what we thought was going to be forever. Five months later, in December of that year, we had to move back to Winnipeg because of unforeseen circumstances. During our time in Israel, Zvi returned to work as a diamond cutter and I attended an Ulpan to learn to speak Hebrew.

After we had settled back in Winnipeg, Zvi opened up a variety store next to my father's grocery store, called Arlington Variety. I worked as a substitute teacher from 1972-1976 before leaving teaching permanently to work at my husband's variety store. When my dad passed away in 1979, Zvi took over running the Salad Bowl as well as Arlington Variety.

Zvi has enjoyed the facilities at the Rady Jewish Community Centre and previously the YMHA and has been active at Congregation Etz Chayim and the Hebrew Congregation of Winnipeg Beach. My volunteering efforts have included JWI (Jewish Women International), Talmud Torah/JWC PTA, Jewish Federation of Winnipeg and Jewish Child and Family Service. When I'm not volunteering my time, I also enjoy reading, knitting, mahjong, baking and bowling.

Being the child of immigrant parents was a challenge. However, both my brother and I had the opportunity to go to University and make something of ourselves. I received my Bachelor of Arts degree from the University of Manitoba in 1964. After receiving a Certificate in Education in 1965, I worked as a teacher at David Thompson Junior High in Elmwood for six years, where I taught Social Studies, language arts; grade 7 math and grade 9 Latin.

Throughout my life I have marked many special achievements, but I'm most proud of my three children as well as the fact that they are all successful University graduates and have good jobs.

Zvi and I have three children, Elana,z"I who passed away April 26, 2010, Michael and Andrea (who both reside in Toronto). We also have a wonderful son-in-law Michael Palay and three step-grandchildren: Josh, Zach and Sami.

The reason I decided to sign the Endowment Book of Life at the Jewish Foundation of Manitoba is mainly in memory of my late daughter, Elana z"l. You just never know what can happen, so I felt this was the best opportunity to honour her memory - by leaving a legacy for my family and my community.

I would like to be remembered as a good wife, a good mother and a good person and I wish my family a full and happy life where they can all do the things they want to do. My wish for the Jewish community is simple, but ardent - to remain strong and vibrant for future generations. By signing the Endowment Book of Life at the Jewish Foundation of Manitoba, I am helping to make that wish come true.