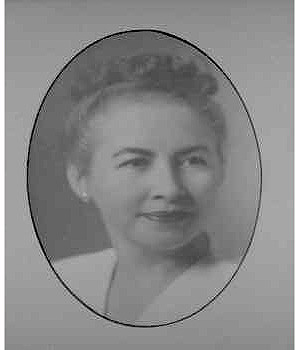 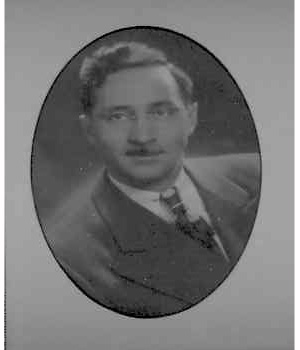 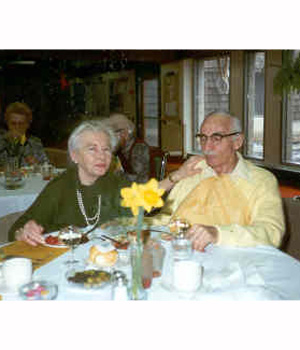 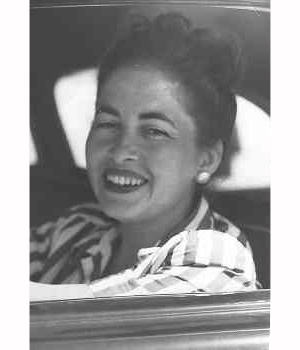 Ethel - Chosen as "Driver of the Week" by the Winnipeg Police 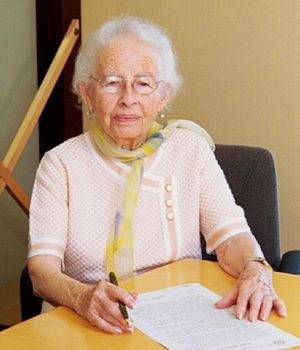 The baker's daughter became the dentist's wife. In 1905 Alexander and Rebeccah (Cohen) Markovits arrived in Winnipeg, already married, from their small village in Russia. Working first for the railroad and then trying his hand at farming, Alex eventually turned to baking as his livelihood. Settling on Gomez Street in the heart of the north-end, the Markovits family began to raise their five children, three sons and two daughters.

Ethel remembers her father as a soft-spoken gentleman who had an excellent relationship with his wife. As he laboured in the bakery, at times with the help of his children, Rebeccah took care of the home and coped with her diabetes, which shortened her life. As it developed, Purity Kosher Bakery had the foresight to purchase a car for early morning delivery purposes. This allowed Ethel to be one of the first of her friends to drive a car. Driving allowed Ethel to do volunteer activities later on in her life that other women were unable to do.

Ethel's public school education began at Norquay, then on to Aberdeen and finally St. John's. She recalls being a good student who enjoyed the schooling process. After high school she completed an Arts degree at the University of Manitoba. Wanting to continue her education she relates that financial concerns never allowed her to go beyond her first degree. In terms of religious training Ethel first remembers the rabbi coming to the house and at a later date attending Peretz School after day school. Within the house Yiddish was the language of communication.

Ethel fondly recalls her relationships with all of her siblings. Her oldest brother Sam went on to become a doctor in Winnipeg, Morris passed away in childhood, while both Ben and Sheila married and moved with their spouses to Los Angeles. From this early beginning Ethel knew that strong ties to family were important.

In 1936 Archie Brotman married Ethel Markovits. Archie was the eighth of ten children. Ethel describes Archie as a kind and understanding man who was always available for his family. His belief that an individual should always do the right thing, was Archie's motivation to run for school trustee on a platform of developing bicycle paths for safety and enjoyment as well as to provide swimming lessons for all children. His actions proved that an individual's hopes might one day be a reality.

Ethel and Archie shared all aspects of their life. From work, to volunteerism, to recreational activities they participated jointly. In 1959 on a tour of Israel, the Brotmans were lead donors for the creation of a dental school at the Hebrew University. Ethel's driving history assisted her in her volunteerism as she was often called upon to bring the goods to the Hadassah Bazaar. More importantly she was responsible to meet orphans who were arriving in Winnipeg by train. She then drove the children, first to the Albert Street YMHA and then to the Mount Carmel Clinic. During one of these volunteer activities she was pulled over by the Winnipeg police and identified as "driver of the week", in recognition of how she handled herself behind the wheel ... "practice makes perfect" she said. Both Archie and Ethel enjoyed golfing at the Glendale where Archie was a founding member.

Ethel's other interest was in painting. She has many on display in her home as well as having given many away. Upon reflection she feels positive about life within the Winnipeg Jewish community and hopes that it remains vibrant in order to provide others with the opportunity to be involved.