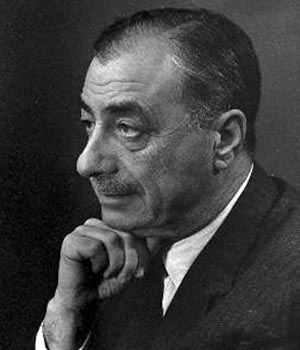 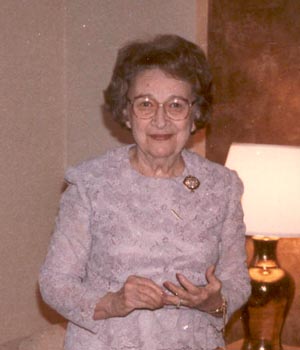 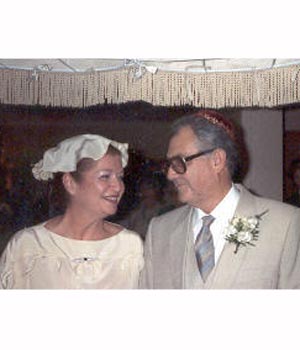 Phyllis and Shmuel married 10th of June 1984 at the home of Phyllis's mother Esther Sair, 22 Nanton Blvd. in Winnipeg 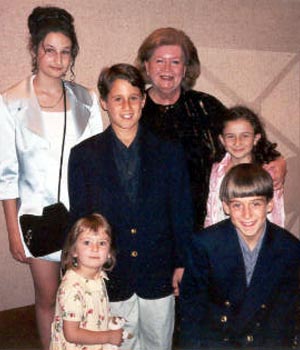 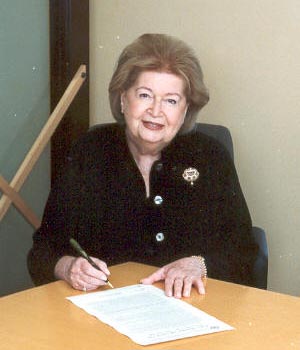 "If a Jew is unlucky enough to be born outside of Israel, then there could be no better place to be born than Canada." It's a typical "Sam Sair" saying, reflective of his love for both countries.

Samuel Sair was born in Oxbox Saskatchewan in 1905. His parents, Rachel (Barnblatt) and Isaac Sair came to rural Saskatchewan in 1898 from their home in Kishinev, Russia and worked as farmers and horsetraders. At age 18, Samuel left the farm and came to Winnipeg, seeking a new life. He worked hard, with his first responsibility always to send money home - his goal was to bring his aging parents to live in Winnipeg.

When Sam first arrived in Winnipeg in 1923, he boarded at the home of his aunt and uncle, Michael and Ida (Rosenblat) Sair. The first night at dinner he was seated across from his beautiful cousin Esther - life would never be the same. For four years they kept their love for each other a secret from those around them, Esther's many suitors provided the perfect cover! But finally in 1927 they were married against strong opposition from both families, a "schande" they said.

Sam Sair was never one to be stopped by opposition, he knew his own mind. When he saw a newspaper ad about the Goodyear Tire & Rubber Company, he determined to acquire a franchise. He gathered the needed references and funds and thus established Sair's Tire Exchange at the corner of Graham and Garry. It was early in their marriage and Esther said later that times were so hard that they could only afford "one egg a week". But Sam was innovative, and not afraid to take risks. He sold new tires, and revulcanized the old tires to sell them a second time. The business became highly successful.

Sam worked from sunup to sundown, and at the age of 38 suffered a massive heart attack. While recuperating, one of his friends encouraged him to broaden his areas of interest, and brought him a large book of French Impressionist Art. This was a whole new world to him and he became totally absorbed - so much so that once he was well he sought out his first French Impressionist painting and bought it. He purchased in Amsterdam, New York, and Paris - he knew what he wanted and had an exceptional eye. His collection was renowned.

In 1958 he made a major announcement to his family - he was going to sell his art collection and buy a piece of land in Winnipeg. Again, family and friends voiced strong objections but as always, "I hear my drummer", he would say, and an auction was arranged at Sotheby's in New York. After the auction at dinner, Sam raised his glass and said, "Not too shabby for a boy from Saskatchewan who never made it past grade 10." This enabled him to buy his piece of land, which now stands developed as "St. James Station".

Running concurrent with his business life were countless volunteer and philanthropic activities, many publicly unknown and unsung. He chaired the United Jewish Appeal and State of Israel Bonds, and was one of the founders of The Jewish Foundation of Manitoba. Together with his friend Dr. Michael Kovacs he helped establish Skills Unlimited, a half-way house where mentally challenged individuals could learn employable skills.

Sam was a passionate golfer. He was among the founders and the second president of Glendale Golf and Country Club.

Throughout his life, Sam still had heart disease and spent many months in the hospital. He could have afforded a private hospital but when in Israel he chose hallway medicine in the hospital in Hadera, where he felt comfortable being surrounded by "my Arab friends."

Samuel Sair passed away in August 1973 at the age of 67, really leaving no stone in life unturned. Earlier that year he had decided to bring a motorized golf cart to Israel. Delivery was promised for September, and when it arrived Esther was incensed that the Israeli government was classifying it as a car and therefore assessing a tax. She said, "When Sam and I give to Israel, we do it out of free choice, we will not be coerced into it." She decided to donate the golf cart to the Hadera Hospital where for many years it has helped ferry patients and staff between the extensive maze of hospital buildings.

That was Esther - she always found a way. She was a powerful woman, stubborn and independent, but she was also a gentle-mannered "people person" who loved to entertain - art dealers, community leaders, friends, strangers. Samuel often said "I know I drive her batty, but I couldn't do life without her." She was an integral partner in everything he did. When he was ill, she took over. Esther was born in Hersch Saskatchewan in 1905 and passed away in Winnipeg in 1990.

I was born on July 31, 1932 and feel that my life has been a natural extension of where I came from. For the first five years of Sair's Tire Exchange, my father had only one employee - my mother, who was his bookkeeper. During the war I hardly saw my mother as she endlessly knitted mittens and balaclavas for the Red Cross, and also instructed and supervised others. At age 16, I was privileged to be part of the first Jewish Canadian youth group to visit Israel after it was declared a State. The Jewish community was integral to my life - Brownies and Girl Guides at the Shaarey Zedek, and my eleven precious friends known as `The Chickletts'.

Although our home would have been classified "secular", there was a pervasive love of Israel and a strong commitment to tzedakah, a value instilled primarily by my paternal grandmother, Rachel Sair. "It's not what you put in your mouth that makes you a `gitte yid'," she said, "it's what you have in your heart. If you have tzedakah, you are Jewish."

In 1984 I married Shmuel Segev, prominent Israeli journalist and author and since then our time has been divided between Winnipeg and Israel. We have nine grandtreasures between us, Blair and Danielle, Toronto...Joshua, Simon and Glenna, Ottawa...Hagar, Amir, Adam and Rom, Israel.

I have deep family ties in Israel, but in the end my Winnipeg roots run the deepest. Samuel and Esther Sair made it my home in which I have been privileged to serve as a community leader.