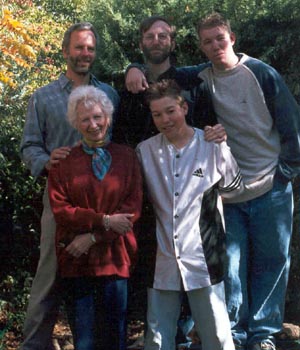 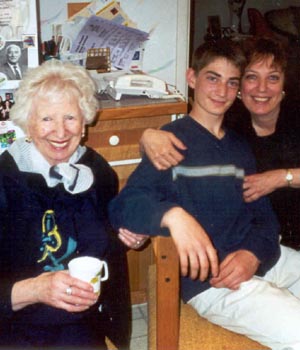 Esther, Diana and her son, Howard 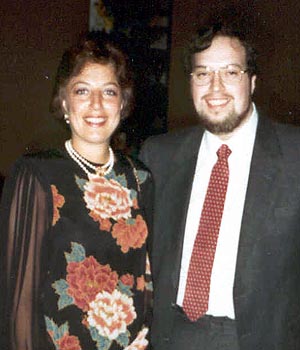 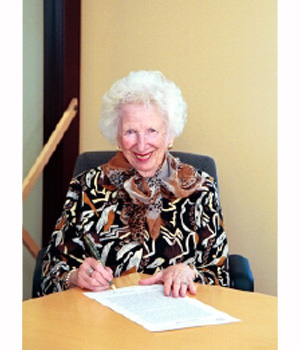 Esther Ginpil has lived her life in Winnipeg and upon reflection she believes that she has a good life. Born in Winnipeg in 1920 she was the only daughter born to Oscar and Anna (Ginsberg) Hochman. Both of Esther's parents arrived in Winnipeg separately from Russia with the purpose of leaving the pogroms behind them and establishing a better life for themselves in Winnipeg. The Hochman family lived on Machray, east of Main Street. Esther along with her three brothers, David, Max (Mickey) and Hyman enjoyed growing up in Winnipeg.

In 1906 Oscar Hochman with a partner opened one of Western Canada's first wholesale jobbers, Hochman-Zagrabelna. When Mickey and Hy joined their father in business the name was changed to Hochman Ltd. At the same time David formed his own company, Allan Lyone Ltd., a wholesale appliance company. Esther lived a typical childhood, attending Luxton and St.John's schools before graduating and entering a business course at Success Business College. All of Esther's memories of that period of her life were positive. She loved being Jewish and remembers growing up in a Jewish home that was very tolerant and accepting. Esther remembers her father Oscar as being a very loving family man and a fabulous father. Esther describes her mother Anna as a tiny, beautiful, very caring woman who passed away much too young. Memories that Esther recalls are of a woman who spent time volunteering at the Jewish orphanage and the Sharon Home. Esther also feels that her mother was a woman ahead of her times as she encouraged her daughter to be in a position to support herself and to keep her own bank account.

In 1947 Esther Hochman married Harry Ginpil, the recipient of the 1941 gold medal awarded to a graduate of the University of Manitoba Law School. After graduating from Law School Harry spent five years in the army prior to returning to Winnipeg and opening his own law office. Esther recalls that together they had a very good life that was too short, as Harry died in 1974. In spite of both her mother and husband dying as young people, Esther is not bitter. She recalls the first home in her married life was on Scotia Street and how Harry arranged for the dining-room furniture to be placed on a barge to prevent it from floating away during the flood. Once bitten, twice shy, Harry arranged for the family to move to Waterloo Street, a point that he felt would provide reasonable assurance of freedom from flooding. Together the Ginpils had four children, Diana, Stephen, David and Brian. Esther is very proud of all of her children and their accomplishments. Stephen has a doctorate in psychology from the University of Kingston in Rhode Island and now works as a statistician while David is a graduate of engineering from the University of Waterloo whose work specializes in research on skin cancer. Both sons live in Australia. Closer to Winnipeg, Diana, a graduate of the University of Manitoba lives in Toronto and works in corporate management while Brian completed his studies at Seneca College and works in the technology field for Rogers AT&T.

Esther is satisfied that her children have established lives for themselves elsewhere, but she feels that Winnipeg offers a positive lifestyle and would encourage people to enjoy the benefits of life in Winnipeg. In terms of her own evolution, Esther believes that her parents and husband had a positive impact. Her parents provided her with a base of solid values that she was able to reinforce with the help of her husband when raising their own family. She is grateful to her life-long friends who have always been a source of support to her throughout her life. She continues to volunteer for the Cancer Society, Winnipeg Symphony and the Shaarey Zedek Synagogue. All these organizations provide her with a sense of serving in a needed manner. Esther hopes that when people remember her they will recognize her as an individual whom always attempted to be the best person she could be.