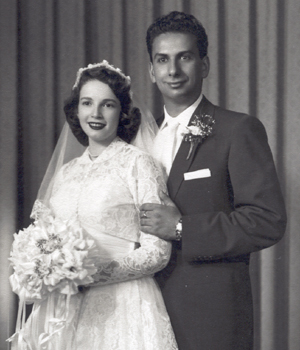 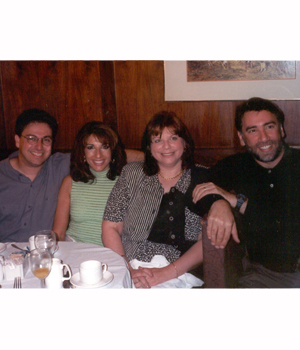 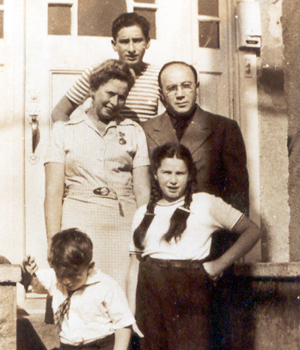 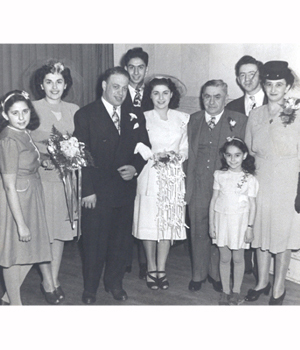 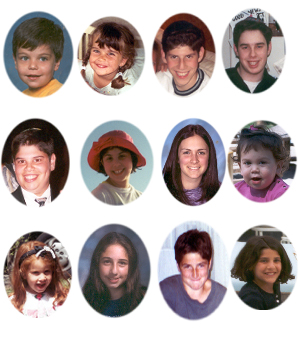 "Small town boy sweeps city girl off her feet" ... read all about it."

So goes the second half of Louis Kliman's story. The first part starts with his birth in Portage La Prairie followed by his early life in McCreary. One of six children born to Meyer Leib and Necha (Chornea), they arrived in Canada from Mezerich Poland in 1926 to start a new life with their two daughters and expecting a third child. Lou speaks of his parents with a great deal of admiration, describing his father as an astute businessman who quickly moved from being a cattle dealer to a store owner in McCreary. The store was a sense of accomplishment for Meyer as was the local movie theatre that he eventually built using the barter system, trading groceries for construction skills. Other than these two locations, Meyer could be found fishing in the nearby Turtle River. Working alongside her husband, Lou's mother raised and provided for the needs of the six Kliman children. An outgoing, energetic and good-natured individual she was widowed in 1950 when Meyer passed away at age 55 leaving Freda, Ethel, Hy, Lou, Anita and Sybil.

While the family grew up in a non-Jewish environment they were raised in a kosher Jewish home. Lou recalls how he took his mother's famous "zhacoya" recipe, added maple syrup and chutney, entered it into a "Cottage Life" recipe contest and won a main prize. The Kliman boys were "Bar Mitzvahed" in Portage La Prairie, where they resided for six months with relatives. In McCreary they were not afraid to let people know their heritage. Christmas concerts are where Lou caught the performance bug and with more than his share of "chutzpah" he wrote one of many letters to Eddie Cantor asking for advice on becoming a performer. "Get a university education (United College), then go to an accredited acting school" (American Academy of Dramatic Arts — New York) were Eddie's suggestion. With his father's untimely passing, Louis left university and returned to McCreary to help his mother in the store but couldn't get the acting desire in check. Finally with his mother's reluctant blessing and limited financial support, Lou left McCreary and caught a bus to New York City.

In a Brooklyn neighbourhood, where practically everyone was Jewish, lived Estelle, the only daughter among three children of Louis and Ida (Goldberg) Kravitz. Estelle's mother was born in the United States and her father arrived in New York in 1912 when he was four, they were big city people. Her father, who she describes as a raconteur, caring and smart man, was in the antique jewelry business while her mother, a former "Flapper," wry and intelligent was a stay-at-home parent until Estelle got married. Brothers Stanley and Frederick were an integral part of Estelle's life and she is fortunate to have known all of her grandparents.

Identifying as being Jewish was quite easy for Estelle. She lived in an area where she was constantly reminded of her Jewish heritage as most everyone she came in contact with was Jewish. Graduating from Thomas Jefferson High School, Estelle went to work for the Bureau of Aeronautics — U.S. Navy and was introduced to the wider non-Jewish world. Socially she was always affiliated with the YMHA so when the young adult drama group was casting for the "perfect size" for a costume for the production of "You Can't Take it With You" Estelle was recruited. Louis was the Canadian director and now their stories intertwine. After a series of secretive dates over a six-week period, until production, Estelle and Lou became engaged and sixweeks later they got married in June 1953 in her parent's back yard. Lou's student visa was running out, so an extension was granted which allowed for a two week trip to the Catskills.

Where would they live? After a honeymoon at the Nevele Country Club and with seventy dollars in their pockets, the newlyweds arrived first in Winnipeg to meet the extended family and then off to set up home in McCreary. Both Lou and Estelle have positive memories of life in McCreary, the people were friendly and inviting. This was home for three of the four Kliman children, Marci, Danny and Sandra, Jeff was born in Winnipeg after the family moved into the city in 1962. After nine years of running the family businesses Estelle and Lou decided that in order to provide their children a Jewish environment the family should move into Winnipeg and Lou was ready for new challenges.

Chutzpah intact, Lou's initial effort to get into the children's clothing manufacturing business was met with roadblocks and diverted Lou to learn the manufacturing business while working for a knitting company. When an opportunity arose to purchase Standard Knitting in 1967, Lou along with a partner bought the business. Their lack of operating capital was compensated for by Lou's personality and reputation, which allowed him to cobble together a series of loans from the bank, provincial government and a major yarn supplier. Efforts were rewarded as the business continued to grow until "Tundra Sweaters" were sold throughout the world. In the early 1990's an opportunity to sell the business arose and Lou has never been busier. Estelle managed the company retail business for 12 years and retired in 1989. She is a volunteer for Meals on Wheels and is a life member of Hadassah-Wizo.

Lou has now been able to pursue his love of performing. He acts when he has the desire, writes Yiddish plays when the mood moves him, travels, makes presentations, volunteers and most importantly has time for he and Estelle to spend with their grandchildren in Winnipeg - Rebecca, Marissa, Max and Alexandra, four more in Toronto - Ari, Mark, Noah and Dori, and Lisa and Tracey in California. Their cottage at Falcon Lake draws them like a magnet and is a meeting place for their family which has grown to include Marci's husband Benny and Jeff's wife Catarina.

Both Estelle and Lou feel very fortunate when reflecting upon how their life has evolved. They recognize the benefits that they have earned while remembering the sacrifices that they made. They long ago learned the valuable lesson that life is a series of everyday experiences, the joyful as well as the sad — the events celebrated along the way with family and friends. These are the memories and traditions to be passed along to succeeding generations. It has been a trip, taken together, shared, loved and with the knowledge that it's a beautiful life and worth the trip.