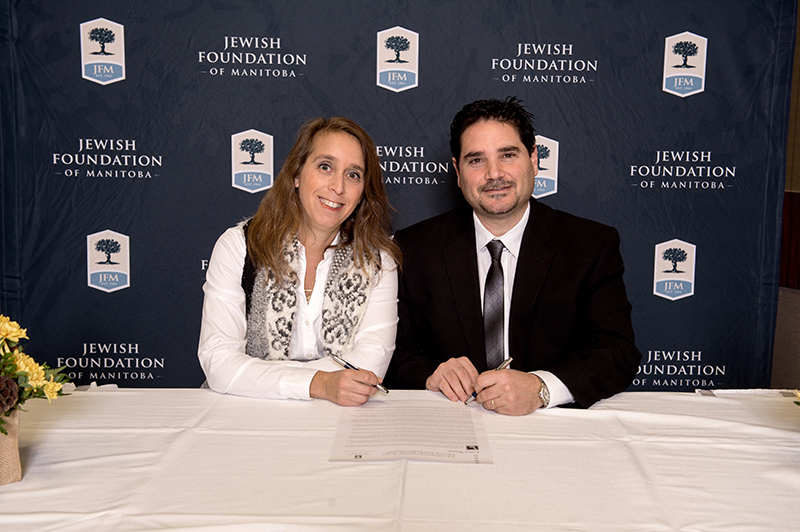 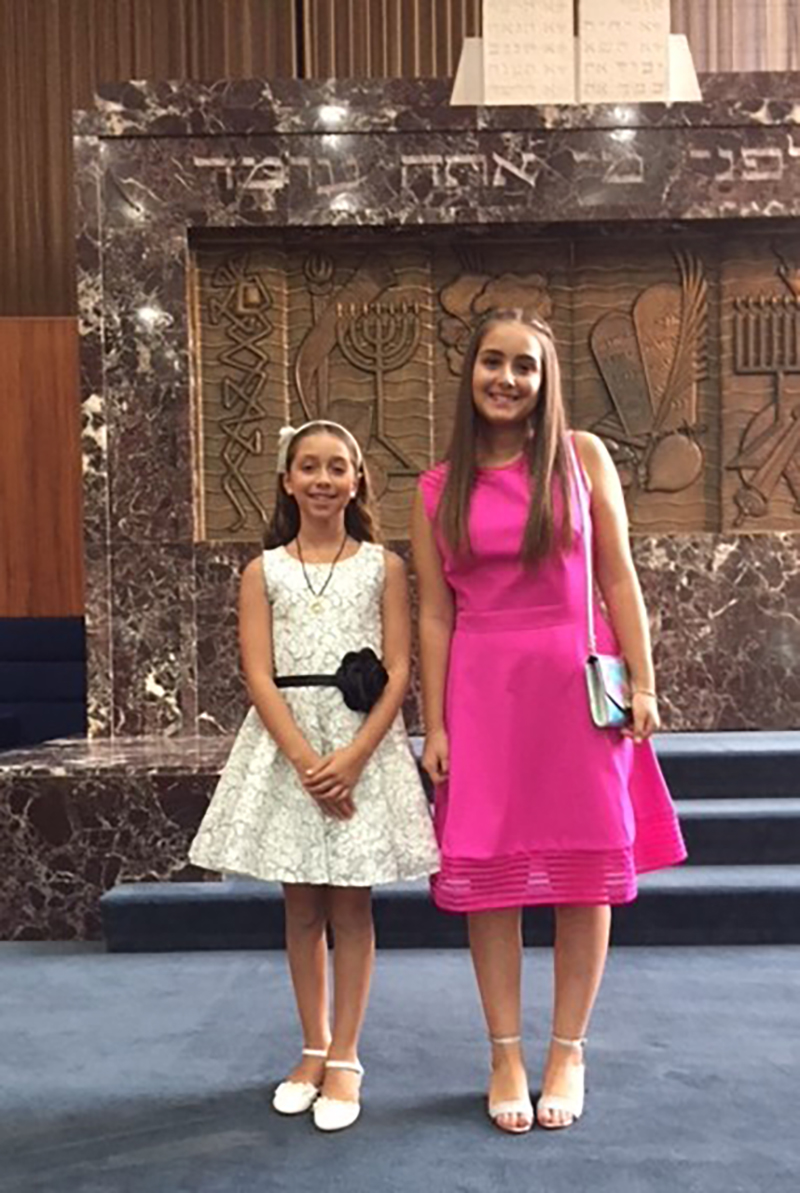 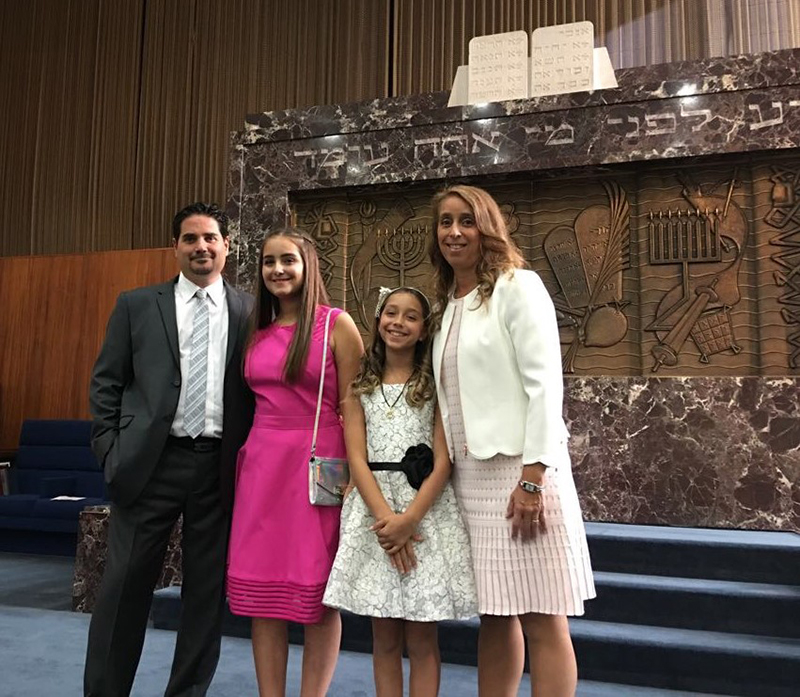 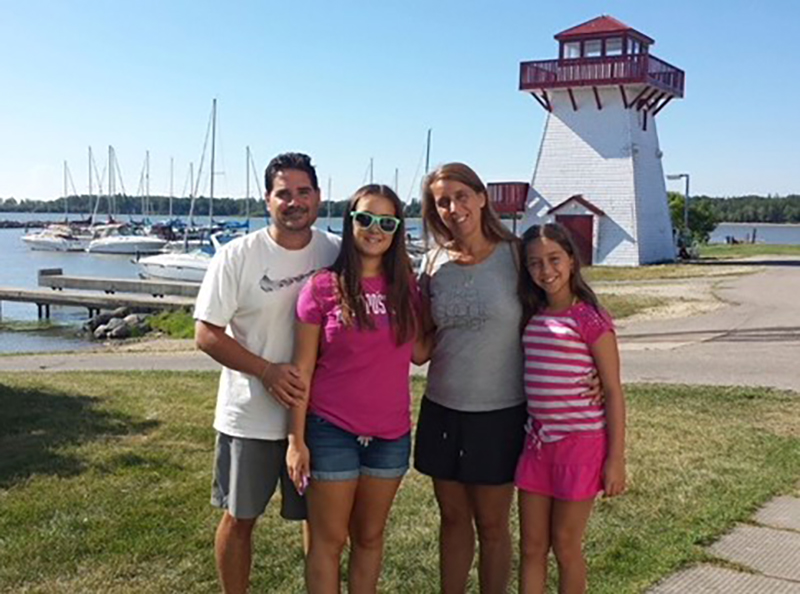 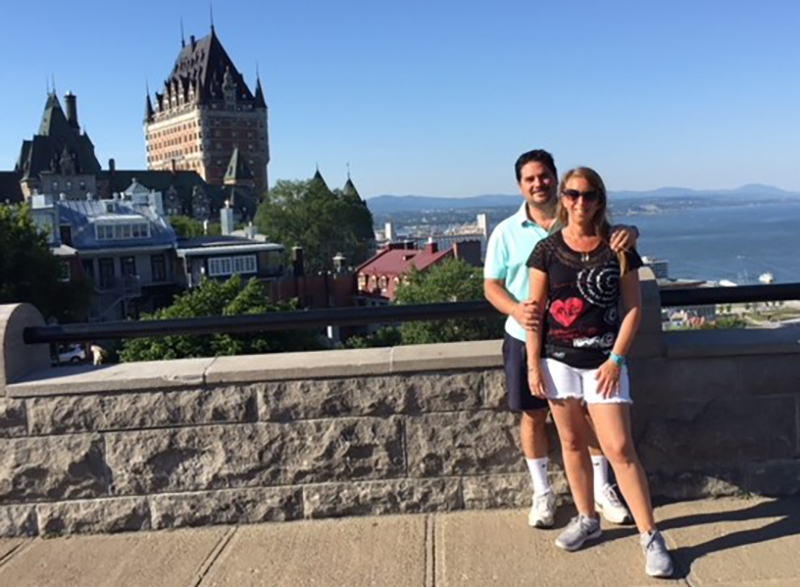 A Winnipeg Free Press headline in July 2002 helped to convince Erica Dorfman and Guillermo Szpigiel to make the move to Winnipeg. The young Argentinian couple was in the city on an exploratory visit. They picked up the newspaper one day and read the bolded, page-one headline: "Mosquitoes Win the War".

If that was the biggest news, Erica and Guillermo figured, then Winnipeg was the place for them.

Married one year earlier in Buenos Aires, Erica and Guillermo were looking for a safe and secure place to start and raise a family. They joined the wave of immigration from Latin America that breathed new life into the community.

While they looked for change as a newly married couple, Erica and Guillermo look back on their formative years in Argentina with warmth. And they travel back often to visit family.

Erica was born and raised in a suburb of Buenos Aires in 1974, the youngest of the three children of Jorge and Ana Dorfman (née Szechter). The Szechter family came from Poland to Argentina before World War II. Jorge Dorfman's family had been in Argentina for generations. Erica's father passed away some years ago; her mother still lives in Buenos Aires.

Erica attended full-day, private Jewish school all the way through grade 12. As a child, she enjoyed drawing and attended Jewish community youth programs on Shabbat afternoons for sports and Jewish educational activities. She eventually became a youth leader in the program.

She was always interested in Jewish life and Jewish learning. After grade 11, she spent a summer in Jerusalem studying Tanach. By coincidence, she lived in the same building at the same time as Guillermo — who was also in Israel for a program — but they didn't figure that out until they met in Buenos Aires a couple of years later.

Guillermo was born and raised in Bahia Blanca, a small city about 800 kilometres from Buenos Aires. Like Erica, he was the youngest of three siblings, and like Erica, one set of grandparents emigrated from Poland while the others had been in Argentina for many, many years.

Guillermo's parents are Eduardo and Susana Szpigiel (née Rudi) and they still live in Buenos Aires.

In Bahia Blanca, Guillermo attended public school every morning and Jewish school every afternoon. In high school, he continued his Jewish studies online in preparation for a year of studies at Machon Greenberg in Jerusalem when he briefly considered a career as a Hebrew teacher. As a child, Guillermo played basketball and soccer, but his favourite pastime was fishing — which still remains his passion.

After his year in Jerusalem, Guillermo enrolled at the University of Buenos Aires where he eventually earned his master's degree in finance. Sitting behind him one day in an economics class was Erica — the course was mandatory for her as she pursued a bachelor's degree in education. She glanced over Guillermo's shoulder and noticed on his desk a file folder with Hebrew writing. He turned to her to ask a question; she pointed out that she understood the writing on his folder. And there the relationship began.

Towards the end of his formal finance education, Guillermo confronted a professor about a theory around bonds, insisting that it would not work in Argentina. The prof said the theory could be applied anywhere in the world. It was an a-ha moment for Guillermo who realized that his education could serve him outside of Argentina.

On their exploratory visit to Winnipeg, Erica and Guillermo were troubled at first by the silence — all they heard outside their bed-and-breakfast was birds. No horns, no traffic, no noise. By the end of their five days here, they grew to love the silence and stillness and moved here within months.

Erica went right to work at Carpathia Children's Centre. Guillermo did odd jobs while he took English classes at Red River College. Today, Erica teaches at Gray Academy of Jewish Education after having earned her Manitoba teaching certification at the University of Winnipeg. Guillermo works at Great-West Life and has also worked at Richardson Financial. Since arriving in Winnipeg he has supplemented his master degree with Canadian investment courses and earned the international designation of Chartered Investment Manager (CIM).

Erica and Guilermo have two daughters: Melanie (13) and Natalie (10) who both attend Camp Massad. Together, the family enjoys Shabbat dinners and day trips to Grand Beach in the summers. Guillermo remains passionate about fishing and purchased his own boat in 2017. His favourite fishing spot in Manitoba is Gull Harbour on Hecla Island, and he has even learned how to ice-fish.

While Erica doesn't fish (she prefers the beach or a good nap), she agrees with Guillermo's favourite expression about fishing: if someone is hungry, it is better to teach them how to fish than to give them a fish. That thinking is behind their participation in the Endowment Book of Life program. By giving to the community in this way, Erica and Guillermo know that they will help others in the future to create a stronger community for all of our children and grandchildren.

They value honesty, integrity, respect, and Jewish living. These are the values they aim to share with their daughters and they hope that through the Endowment Book of Life, these values will live on.

"Our story doesn't end when we pass away," they say. "This is why it is called a Book of LIFE."