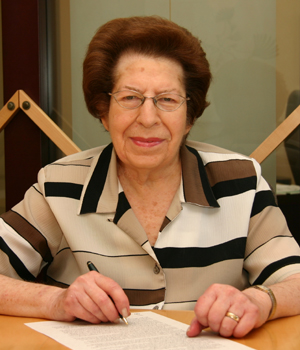 Enid Marantz adds her story to the Endowment Book of Life 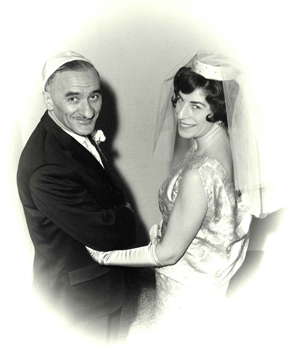 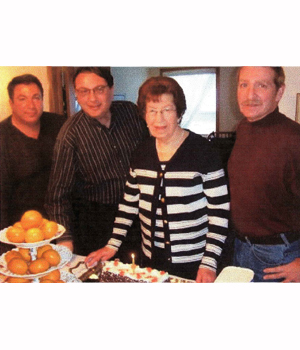 Enid and her nephews 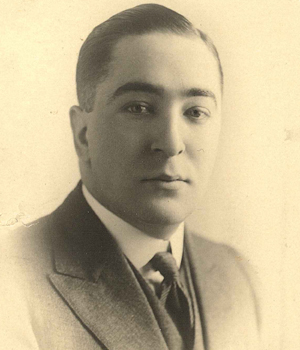 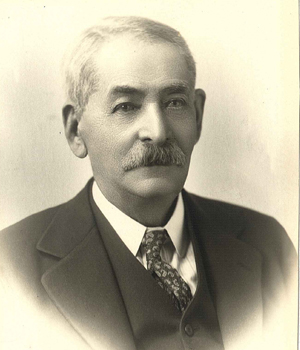 Enid Marantz is clearly very proud of the fact that her family has deep roots in the Winnipeg Jewish community and that it has contributed significantly to the community's history and development.

Enid's paternal grandfather, Max Goldstine, was a Hudson's Bay factor at Fort Qu'Appelle during the Riel Rebellion. He moved to Winnipeg in 1880, married Jennie Cohn from Lexington, Kentucky and in 1883 established a clothing and general merchandise business, The Manitoba Clothing Company, at 550 Main Street.

Enid's maternal grandfather, Rueben Robinson, was the son of Rabbi Nathan Robinson, who had settled in New York. Rueben and his wife Bessie Sugarman, who was born in Alexandria, New York, arrived in Winnipeg in 1903. They had been living in Wabigoon, Ontario where Rueben was involved in the fur trade, but they found life there too difficult.

In Winnipeg Rueben continued in the fur business, establishing R.S. Robinson & Sons, later to become S.I. Robinson. His community activities included laying the cornerstone for the Talmud Torah in 1912, founding a Reform synagogue that eventually merged with Shaarey Zedek, and establishing the city's first Jewish orphanage, the Esther Robinson Home, named for his mother.

Rueben and Bessie had ten children, among them Enid's mother Fanny. Fanny was talented in art and music, attended the Havergal School for Girls and was registered to study art and music in Heidelberg when the First World War broke out.

Enid's father Irvine was born in Winnipeg. He left school after grade eight to work in the family business. He was a kind, gentle and generous man who enjoyed the loyalty of life-long customers. He served as a Mason with the Jewish Lodge and was involved with the Shaarey Zedek Synagogue. Fanny and Irvine were very assimilated. They socialized exclusively with other Jews, raised Enid and her brother Allan on Canora Street in the Wolseley area and attended all the cultural events that the community offered.

Enid was raised in a very proper Victorian manner and often accompanied her mother to arts and musical events. In addition Enid was an avid equestrian. She attended Sunday school at the Shaarey Zedek Synagogue, elementary school at Laura Secord, and high school at Gordon Bell, and then continued her studies at the University of Manitoba. There she joined a Jewish sorority and graduated in 1946 with the gold medal in honours Arts, majoring in English and French.

Enid then set off on her first big adventure. Accepting a bursary to study at the Sorbonne, she was among the first group of foreign students allowed into Paris following World War II. This was a wonderful although sometimes difficult experience, especially during the first year. Enid had to adjust to being away from home for the first time and to the lack of hot water, heat and many essential foods, but she met fascinating people and gained an invaluable education

Enid returned to Canada with her French doctorate in 1949 and accepted a job teaching summer school at Laval University. She then spent a year and a half in Montreal working for a French Canadian Labour Union, returning to Winnipeg in 1951 to begin teaching at the University of Manitoba. In her thirty-seven and a half years there she taught mainly honours and graduate courses in French literature, but also her share of introductory courses. She had high standards for her students, published frequently, especially on Proust, and found her career rewarding despite seemingly endless meetings.

In 1961 Enid married Oscar Marantz, a civil engineering professor at the university, who also had a private practice. They kept busy with their respective careers, enjoyed the company of many good friends, and frequented the theatre and musical events. Enid became a gourmet cook and she and Oscar traveled frequently, enjoying sabbatical leaves in San Francisco and Paris and vacations in Israel and many other destinations. Together she and Oscar, who passed away in 1999, established four academic scholarships, two at the Hebrew University of Jerusalem, one at the Technion Institute in Haifa, and one at the University of Manitoba.

Helping those in need is something that Enid learned by example from her parents and grandparents. It has always been important to her that her ancestors' contributions to the Jewish community and to the city are remembered and acknowledged. She is pleased to see that young Jewish people are taking an active role in the community and welcoming immigrants from both South America and Russia. Thus the local Jewish community continues to flourish more than one hundred and twenty- five years after her grandparents all decided to make Winnipeg their home.