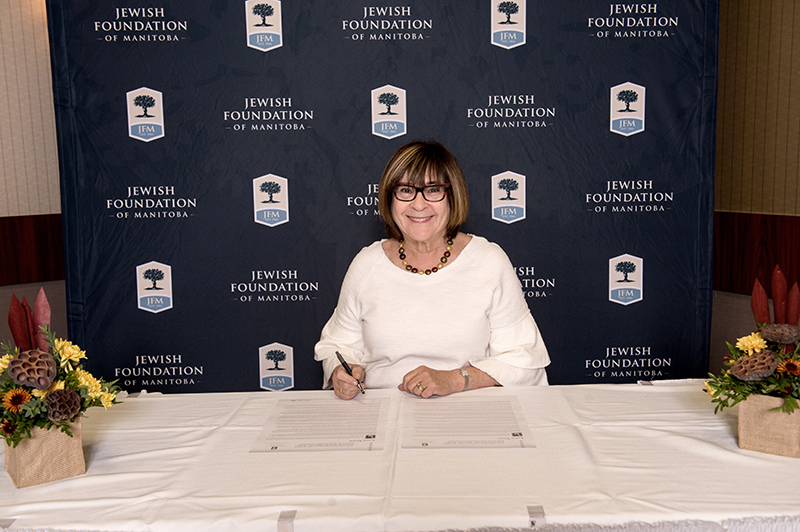 Avraham Baum was larger than life. He was personable, accomplished, physically strong, smart, and devoted to family, Israel, and even the practice of Orthodox Judaism he rejected in his youth.

Avraham was born in the town of Zhitlin in western Poland, on May 29, 1917, to Yacov and Kayla (Blaustein). When he was eight months old, his father went to nurse an ill friend, became ill himself and passed away. Avraham's mother returned with him and his older sister Chana to her hometown of Ozorkow, where she had been raised with nine siblings in a Ger Chassidic family that ran a quilting business.

Avraham was raised in this Chassidic milieu, studying at yeshiva and attending shul with his grandfather. But when Avraham turned 18, he cut off his peyos and moved to nearby Lodz. There, he worked in the textile industry until war broke out, and he, and the rest of his family, were sent to the Lodz ghetto.

Avraham escaped from the ghetto, went into hiding, and then returned to try to get his mother and sister out. His mother insisted that he not worry about them and instead flee the ghetto while he still could. Respecting her wishes, he escaped on his own and never saw his mother or sister again. He later learned that his mother was murdered at Chelmo, and his sister, her husband and child, were killed in Auschwitz. Avraham never forgave himself for leaving them behind.

After fleeing the ghetto the second time, Avraham made his way to Russia, where he was interned in a slave labour mining camp. He remained physically strong his entire life as a result of that work. He survived the camp, partly because his friend's mother, who also ended up settling in Winnipeg, always saved him soup from the bottom of the pot.

At the end of the war, Avraham joined the Bricha. Disguised as a Polish policeman, he rescued Jewish children who had been hidden in Christian homes and monasteries during the war, so that they could subsequently be smuggled into Palestine. Although he recognized that this was traumatic for the children, who often did not remember their original families, he firmly believed that Jewish children were integral to the Jewish future and should not be left in Christian homes.

After his stint with the Bricha, Avraham ended up in a Displaced Persons camp in Bratislava, where he met Zahava Slutzky. They married in the camp in 1946, using a wedding ring inscribed with someone else's name, and then eventually boarded a boat to Israel. The boat was captured by the British and taken to Cyprus, where Avraham and Zahava were imprisoned. Avraham often said that this period of time was as bad, if not worse, than everything else he had experienced.

When Israeli statehood was declared, the British permitted men under 15 and over 45, and women who were not physically able to bear arms, to leave Cyprus and enter the Jewish state. Falsifying his documents and his appearance, Avraham made himself seem much older than he was, and was allowed to accompany Zahava, who was pregnant, to Israel.

In Israel, they joined their friends from Europe on Kibbutz Yagur, and Avraham fought with the Hagana. Their daughter Amalia (Emily Shane) was born in Haifa a few months after their arrival.

Neither Avraham nor Zahava were content on kibbutz. She did not like being separated from her baby, and he did not like the regimented lifestyle. They left the kibbutz when Emily was eight months old and lived for a time in a two room house in Holon while Avraham worked as a labourer and at other jobs. Eventually, Avraham gave in to his wife's pleas to join her brother Joseph, her only surviving relative, in Winnipeg.

Although he loved living in Israel, Avraham found it too challenging to support his family.

Avraham, Zahava and four-year-old Emily landed in Montreal in 1952 and took a train to Winnipeg. Avraham only had five dollars in his pocket, but, unable to take money out of Israel, he had invested in two gold watches. During their first few years in Winnipeg, Avraham moved his family frequently, from Boyd, to Polson, to Mountain - where their second daughter Carol (Baum) was born in 1954 - and then to Inkster. He purchased their home on McAdam in 1960.

Avraham worked as a cutter at Stall's and at different times held down three jobs at once, working in one factory during the day, another in the evenings, and a third one on Saturdays. He chose to be a cutter because he knew that it was the highest paid position in the garment trade, and he enjoyed the mathematical challenge posed by the cutting of plaids. During this time, he also became a community volunteer and canvassed for the CJA.

After a few years, Avraham saved enough money to purchase a grocery store in St. Boniface. Zahava helped him at the store six days a week, and Emily worked there on Sundays when she was older. Avraham took on the role of butcher, and the store did well. But after seven years, finding it too tiring, he sold the store and began looking for another business opportunity. He ended up purchasing a hotel in Edmonton and moving there with Zahava and Carol.

Avraham and Zahava lived a comfortable life in Edmonton for 30 years. He retired at 84 when they returned to Winnipeg because Zahava had become too ill for him to look after on his own. He was a wonderful caregiver to Zahava, who passed away in 2004.

Until the last 10 years of his life, Orthodox Judaism was both the only form of Judaism that Avraham recognized and the only form of Judaism that he chose not to observe. When he first moved to Canada, he deliberately worked on Yom Kippur, and when Emily was young, he switched her from the Talmud Torah to the Peretz School because she told him he had to say a prayer before eating. But after Zahava's death, Avraham started attending the daily minyan at the Shaarey Zedek. He continued to support the Jewish community and Jewish education, as he had done all of his life, and began volunteering with Jewish Child and Family Service. He also made many new friends.

Family was always very important to Avraham, and he and Zahava travelled frequently to attend Bar Mitzvot and weddings of distant relatives, mainly in Israel. His Zionist ties also remained strong, and at any time, if Zahava had been willing, he would have gladly returned to Israel to live.

Avraham died in 2011 at the age of 94, after spending the day shopping for a new car.