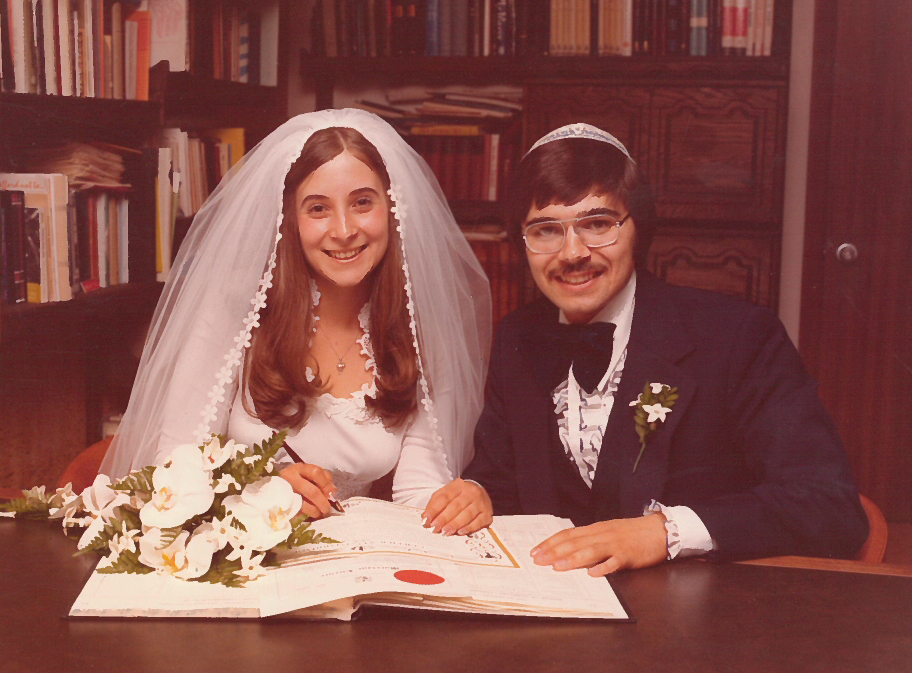 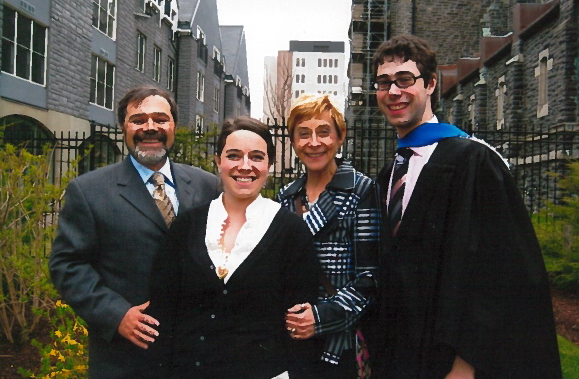 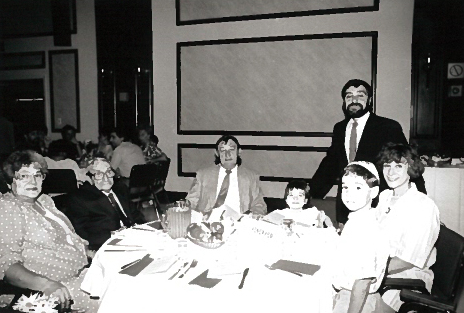 Winnipeg has been very good to me. I grew up here, went to school here, met my husband and was married here, had a successful career, raised children, and now, I am enjoying an active retirement — all because of the opportunities that came my way in Winnipeg.

When I think about my wonderful childhood I smile. I grew up in West Kildonan, on Seven Oaks Avenue between McGregor and Parr Streets. We lived in a storey-and-a-half house: my parents, Arnice (née Kozack) and Harold Pollock (their stories are also in the Endowment Book of Life), my older sister, Carol, and my two younger brothers, Norman and Kenny. We had our share of typical sibling issues growing up, of course, but we got along well and remain close as adults, even though I am the only one who stayed in Winnipeg. My family suffered a devastating loss when my brother Norm died in 2012 at the age of 54, after living with amyotrophic lateral sclerosis (ALS or Lou Gehrig's disease) for more than five years. My father had predeceased him in 2008. Both losses affected us all very much. My mother is approaching 90 and is still very sharp and quite active.

My paternal grandfather (Abe Pollock) died at age 70 when I was 10 but my grandmother Esther lived into her 90s, passing away in 1985. I have fond memories of them both: visiting them in their apartment near their store in St. James, driving with them in their blue Nash Rambler, and family dinners with them when they moved to West Kildonan. My maternal grandmother (Ethel) passed away before I was born but my grandfather, Velvl (William) Kozack, lived to the ripe age of 97. He was an important part of our lives and our stories about him are legend.

As it turns out, my husband — Stewart Leibl — grew up on Seven Oaks as well; his family (parents Max and Lily, sister Andrea, and grandparents Faige and Sam Malmed) lived a few blocks farther east, on the corner of Salter Street.

I attended I. L. Peretz Folk School until Grade 6, then Jefferson Junior High and Garden City Collegiate. After Grade 12, I went to the University of Manitoba where I obtained a Bachelor of Arts degree in 1976 and a Bachelor of Laws degree in 1979. I practised law in Winnipeg from my admission to the Manitoba Bar in 1980 until my retirement in 2014 — first at the downtown law firm, Thompson Dorfman Sweatman, and then as in-house counsel at Manitoba Telecom Services Inc. Throughout my career I supported my profession as an active volunteer, which included participating as an instructor in the Bar Admission Program and working on various committees of the Benchers of the Law Society of Manitoba. Outside of law, I served as a director for the Manitoba Division of the Canadian National Institute for the Blind, Osborne House, and the Sarah Sommer Chai Folk Ensemble, and I was Honourary Solicitor for the Winnipeg Board of Jewish Education.

Life was not complicated for a kid growing up in Winnipeg in the 1950s and 60s. I took music and swimming lessons and learned to ice skate. I went to the Hargrave YMHA for Clubs and I was active in the B'nai Brith Youth Organization as a teenager. I enjoyed being with my friends. As well, there were quite a few kids living on our street and there was usually a game of some kind happening on the road after school and in the evening. Our backyard was a baseball diamond in the summer and a skating rink (built and tended by our father) in the winter.

In 1963 my parents bought a Silverliner — a crank-up camper trailer that hitched to the car — and for a number of years, we went camping every summer. The six of us were crammed into what was essentially a tent with a metal roof on wheels but for us kids those vacations were the best. Over the years, we travelled across much of Canada and through different parts of the north-central United States.

There was a lot of activity in our house. We played a lot of games (board games, cards, charades) as a family (something we still do). My parents were both teachers and avid readers — there were always books in the house and we were encouraged to read as much as we could. The conversation around the dinner table was lively and covered a myriad of topics. My parents took advantage of every "teachable moment". And there was always a dictionary and an atlas close by in case there was a disagreement. My parents travelled, and played bridge; they retired young and wintered in Palm Springs for 20 years. My parents enjoyed Winnipeg culture as well — opera, theatre and symphony concerts, and sporting events, too. They instilled in all of us an appreciation of music, artistic talent, and athleticism.

My parents were active in the community — I remember my mother belonging to Pioneer Women and the Rosh Pina Sisterhood and my father going to Menorah Lodge meetings and serving on the Winnipeg Board of Jewish Education. He also coached my brothers when they played little league baseball and hockey. My parents were steadfast supporters of Israel — they travelled there and donated to Israeli causes. My family was not observant but ours was a traditional home — we attended shul on Yom Tov, lit Chanukah candles, and celebrated Passover with a Seder. And, Friday night was always family night. We had Shabbat dinner together and as kids and young adults it was simply understood that we would be home.

I met Stewart toward the end of high school. We were married in June of 1976, a few months before I started law school. We have navigated the twists and turns of life together and I am grateful to have such a supportive partner. Stewart has always encouraged me, and he has always managed to put things into perspective for me, with humour and love. He was successful in business and now we are both retired, wintering in Phoenix and enjoying the rest of the year right here in Winnipeg. We have many friends here and we attend theatre, concerts, and sporting events.

Stewart and I have two children — Matthew and Leah. In 2014, Matthew and his long-time girlfriend, Heather Wadsworth, were married and we welcomed her 'officially' to the family. Heather grew up in the Toronto area but she has embraced Winnipeg and Judaism with passion. We are incredibly proud of our children — Matthew was recently ordained as a Rabbi and is working at Congregation Shaarey Zedek and Heather practises family law. Leah has just completed her Master of Laws degree. They are all high achievers with a strong connection to the Jewish community. We love our kids, of course, but perhaps even more important, we like them and appreciate the wonderful people they are. We are delighted that they are making their homes in Winnipeg and we still gather as a family for dinner on Friday nights — my mother cooks most weeks and our children are happy to join us.

Many of my early life experiences permeate my adult life. Not surprisingly, the examples my parents set and the values they transmitted to us — education and learning, compassion and philanthropy, an appreciation for the arts, and a strong Jewish identity — have shaped the person I am today. And those values have helped shape our children as well. They live privileged lives but they recognize that such privilege obliges them to help those who are less fortunate. Matthew, Heather, and Leah all demonstrate a keen understanding of this responsibility and it is that of which I am most proud.

Like most people, Stewart and I have dealt with our share of loss but, nonetheless, we enjoy a happy, rewarding life together in Winnipeg. And, I am proud that we are in a position to give back and do our small part to ensure that Winnipeg and our Jewish community continue to thrive in the future.