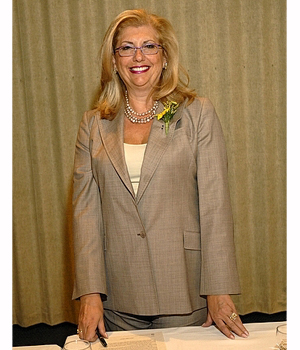 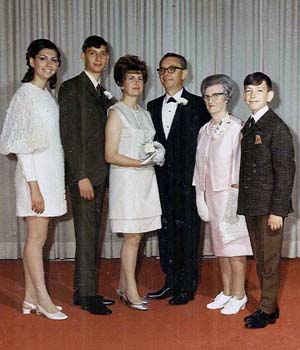 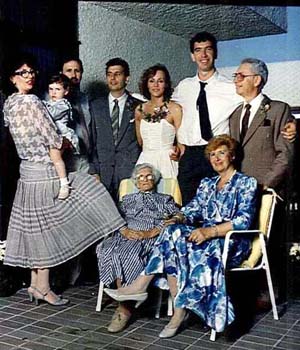 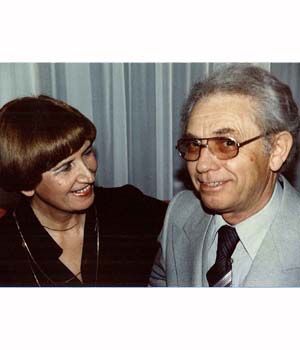 Elaine with her father Arie Meller 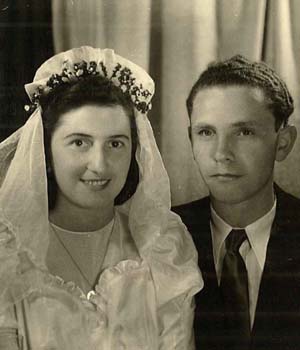 While Elaine Meller Todres' personal accomplishments are extremely impressive, it is her parents, Bernice and Arie, and the way in which their decency and humanity have impacted on Elaine's life that she is eager to discuss.

Bernice (Bronia) Auerbach was born in Zaloscze, Poland on April 11, 1925 to a modern orthodox Zionist family. At 14 she began training as a Hebrew teacher but her education, her family and her life were disrupted when the Nazis invaded her hometown in 1941. While Bernice's brother and most of her extended family were killed, Bernice, her mother, two aunts and two cousins went into hiding until the end of the war. Through a combination of heroism, intelligence and luck, they managed to survive and were liberated in the spring of 1944. They made their way to a Displaced Persons Camp in Leiphem, Germany, where Bernice met Arie Meller in 1945.

Arie was born to an orthodox family in the largely Jewish town of Kazimierza Wielka, Poland on March 5, 1917. As a young man he was active with the Zionist group HaNoar Hazioni and was planning to make Aliyah to Palestine. When World War II began he was conscripted into the Polish Army Cavalry. Captured by the Germans, he made a daring escape from a moving troop train and with the assistance of the local peasants managed to walk back to his hometown. At his parents' urging he then took his younger brother and left at once for the Soviet Union, living for six months as stateless citizens. Eventually they were picked up and sent to a number of Gulag labour camps. While his brother perished, Arie escaped the Soviet Union in 1945.

Arie then began working as an agent for the Bricha, the organization dedicated to transporting child survivors to Palestine. Over the next few months he collected 300 Jewish children, purchasing many of them from the Gentile families and monasteries that had hidden them. He rehabilitated them, smuggled them across three borders and arranged their transport on board an illegal ship. In the course of his mission he met Bernice at the Displaced Persons Camp where she was working as an accountant. They fell in love at first sight and were married in 1947. Bernice and her mother assisted Arie with his charges, but when they tried to board the ship to accompany them, Bernice's mother was not permitted to go. Arie and Bernice decided to remain in Europe with her until they could all emigrate together.

That opportunity arrived in July 1948 when they were sponsored to Winnipeg by family members. In Winnipeg Arie went into business and he and Bernice began to build a life for their young family, twins Elaine and Jack, and younger son Harvey. Determined that their children would have a Jewish education, they sent them to Talmud Torah and Joseph Wolinsky Collegiate, and Bernice became active in the PTA. She also volunteered with ORT, which had trained her in the camp, and with the Hebrew University of Jerusalem, the Combined Jewish Appeal and the Chai Folk Ensemble, where she was the wardrobe woman for 25 years. She also often spoke publicly about the war and survival.

Arie too devoted many years to volunteering on behalf of the community, primarily with the Rosh Pina Synagogue, where he served as Chairman of the board. He was a kind, articulate, and brilliant man who had a wonderful 'shem tov' and who, with his wife Bernice, had a huge influence on his daughter's life.

After Joseph Wolinsky Collegiate, Elaine continued her education at the University of Winnipeg, graduating with gold medals in honours Political Science and Economics. She met her husband, Rubin Todres, in 1970 and left Winnipeg with him a year later to pursue her Doctorate in Political Science at the University of Pittsburgh. With her thesis in hand, they moved to Toronto in 1976 and Elaine joined the Ontario Civil Service. While mothering their two children, Jesse and Lindsay, Elaine quickly rose through the ranks of the civil service, serving in a number of ground breaking roles for a Jewish woman. These included Assistant Deputy Minister of Women's Issues, Deputy Minister of Human Resources, Deputy Minister of Culture and Communications, Deputy Solicitor General and Deputy Minister of Corrections. Elaine retired from public service in 2000 and currently manages the private consulting practice, Todres Leadership Counsel.

Throughout her distinguished career, Elaine has been active in the volunteer sector both in the Jewish and general communities. Among many other positions, she has served as President of the Baycrest Centre Foundation, as Chair of the Centre for Research in Women's Health, and on the executive of the Canadian Jewish Congress, Ontario Region. She has sat on the ritual committee of her shul, where she also serves as a chazzanit, and is a UJA volunteer and A Young Leadership Award winner.

While Elaine credits much of her success in life to her parents and their positive view of human nature, she also attributes many of her achievements to her experiences with three Winnipeg Jewish community institutions. Talmud Torah/Joseph Wolinsky Collegiate provided her with academic excellence and a wonderful Hebrew education; the Sarah Sommer Chai Folk Ensemble taught her how to be part of a team and to speak confidently in public; and Camp Massad taught her that being a leader requires a commitment to the soul of an organization.

Elaine is thrilled to participate in the Endowment Book of Life and to support these and other institutions, knowing that their health is vital to the economic and social culture of the Winnipeg Jewish community.