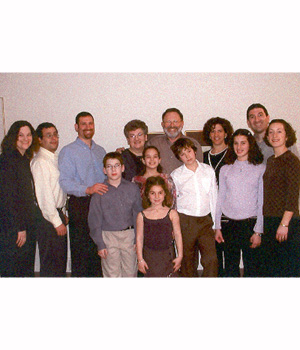 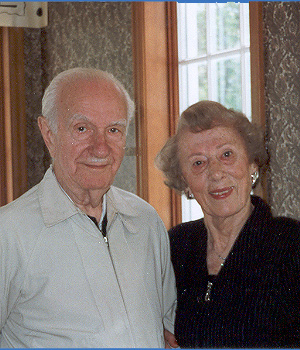 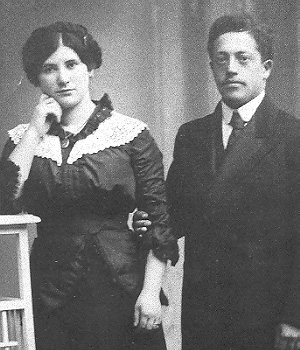 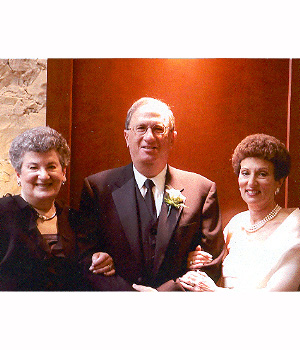 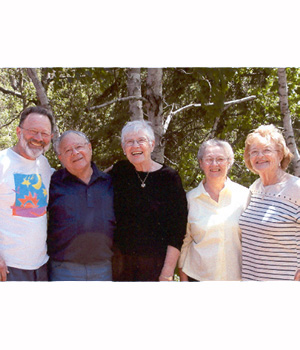 Our approach to becoming signers of the Endowment Book of Life is reflective of our life together- partners. Part of our reasoning in becoming signers is to capture the Zinman/Bebchuk story.

Elaine is the eldest of three children (Elaine, Bonnie & Ted) born to Pauline (Shell) and the late Sam Zinman, while I, Bill am one of five children (Marian, Nell, Bess, Sam and Bill) of the late Ettie (Feldman) and Joseph Bebchuk. Elaine's childhood memories are of living on Glenwood Crescent and attending Glen Elm School until, at age twelve, the family moved to Queenston Street and she continued her education in the south end, graduating from Kelvin High School.

My family arrived in Winnipeg from Eastern Europe with the hope of making, if not their own lives, then the lives of their children, better. As a novel approach to making a living, my parents bought a "grocery store" with living quarters in the back and my father peddled fresh produce from a horse drawn wagon. As our family's fortunes improved, we moved from Manitoba Ave. to Pritchard Ave. to a somewhat more modern grocery store. Memories of my father are of a gentle educated soul who worked long hours, while my mother was a perceptive, practical woman who did what was necessary to put food on the table. My father passed away in 1948 when I was a young teenager. I learned early on to make adult decisions because of my life's circumstances. My public school education started at Strathcona School, where I learned about anti-Semitism, on to Aberdeen School and then Isaac Newton, where I was very involved with both academics and extra-curricular activities and graduated as valedictorian. It was at Isaac Newton that I made my declaration to a career in medicine and my principal, H.E. Snyder, made his commitment to assist me to find the money to fund my studies.

Both Elaine and I were involved in Jewish youth organizations, she with BBYO and me with Hashomer Hatzair and Young Judea. Even without those activities, however, we had a sense of our being Jewish - maybe by osmosis, but there never seemed any doubt that we were the proud products of Jewish homes.

Elaine is an award-winning graduate from The Winnipeg General Hospital School of Nursing. She then spent the next two and a half years in Vancouver while I completed medicine and decided to specialize in Psychiatry. During this time Elaine made the decision to move to Montreal. While stopping over at home in Winnipeg, one chance Rosh Hashanah meeting led to a date, which led to an engagement and then marriage. Forty-one years later, we are still very happily married.

Although we have had opportunities to leave Winnipeg, it has proven to be one of the constants in our life. It has afforded us the opportunity to follow our careers and raise our children within an environment that we could not find elsewhere. After a two-year Fellowship program in Cincinnati, we returned to Winnipeg. A career opportunity presented itself in Toronto, but rather than moving we sank our roots even deeper by purchasing, in 1968, a vacation home in Clearwater Bay, Lake of the Woods. This evolving project has become a major focus of our family life.

After our youngest was in school, Elaine went back to nursing where she had a most rewarding career as a Nurse Practitioner in Oncology at St. Boniface Hospital, ending her work life in research with The World Health Organization. I had the good fortune of being on the ground floor of Psychiatry in Manitoba. As Head of the Department of Psychiatry at the University of Manitoba and the Health Sciences Centre, I was instrumental in creating the PsycHealth Centre which is a world-class facility. I also was honored to have national prominence as President of the Canadian Psychiatric Association and as Chief Examiner in Psychiatry for the Royal College of Physicians and Surgeons.

In spite of the satisfaction that we derived from our professional lives, we were very fortunate that we still had the possibility of playing major roles in the lives of our four children- Joseph (Karen Blatt) a Psychiatrist, Cheryl (Daniel Calof) MEd, Judith DSc, and Trevor (fiancée Bobbi Van Langenhove) DVM (Surgery). Montessori School, Ramah School and the Shaarey Zedek Synagogue were all institutions that were important while our children developed, and we were willing to serve to make them better for our children and all the other families involved.

Today Elaine and I have two children in Ottawa and two in Minneapolis, plus five grandchildren. As each grandchild reaches the age of 10, we have the privilege of taking them individually to out of the ordinary places in the world. These trips allow us to share many of our beliefs with them.

In this story, we want to tell our grandchildren that "there is a whole world out there" but the important thing, family, started right here in Winnipeg.

To the Winnipeg Jewish Community "you are amazing but you need to keep re-inventing yourself so that more people stay and new people arrive".

And to each other let's agree that we followed our own path and who knows what lies ahead.