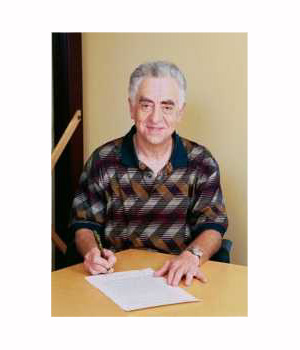 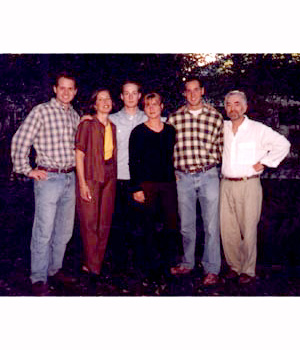 Like many people, my family came here from eastern Europe. Both maternal grandparents came here from Latvia. My grandfather was a tailor but here, of course, he became ... a farmer. There were three children, one of whom is my mother, Sophie Shinewald (born 1913).

My father's parents married in Poland and moved to Hamburg and then to London and then to Toronto where my father, Hymie, was born in 1910. He was number eight of nine. The next stop was Edinbridge, Saskatchewan where, of course, they became ... farmers.

I went to Luxton School from 1949 to 1959. And for three or four years, before my Bar Mitzvah, I went to Peretz (Night) School. After Luxton, it was on to St. Johns High School.

In 1962 I attended the University of Manitoba to study Engineering and I graduated in 1967. During early fourth year Sharon and I were married. Two years later, I took my MBA at the University of Western Ontario.

Some of my strongest early memories having to do with being Jewish, were negative. My father's family was quite willing to abandon their Jewish heritage. They thought of themselves as socialists, and saw no need to perpetuate "superstitions".

It was against this background that I lived my life as a young Jew. However, it was only when I married Sharon that my understanding of contemporary Judaism started to develop. Sharon's family lived as Jews who understood their heritage.

Special achievements attained by my family members are not unlike those of other families. I think that my parents' ability to buy a house and raise a family was substantial. Against financial restrictions like ours and with a depression era training period, buying a house was a major achievement for our family.

I am particularly proud of my wife and children. Sharon is an interesting and challenging woman. Our children, Benjamin, Alix, Jeremy and Michael, have developed into interesting adults with lives of their own. They have all lived abroad and each has many achievements of which to be proud.

My service to the community has been with such organizations as the Rosh Pina Congregation, where I served as a Board and Executive member, Joseph Wolinsky Collegiate and Ramah School, where I served as a member of the Parent Board, and the City of Winnipeg Board of Revision where I sat on the Property Tax Assessment Appeal Board.

I would like to leave the world a slightly better place than I found it. Our family supports the local Jewish community and the wider Winnipeg and Canadian communities. It is important to us and we are proud to be able to make a difference.