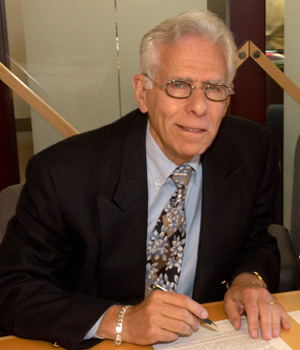 Dr. Sheldon Claman signs his story for the Endowment Book of Life 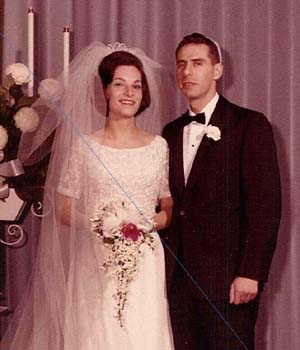 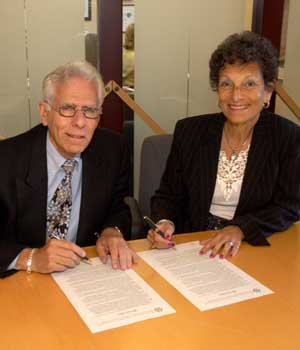 My father, Ben Claman, was born in Winnipeg, the son of Romanian immigrants. My mother, Theresa Marion Bloom, was born in Minneapolis. Her parents had come from Russia/Poland via New York and settled in Minneapolis. My father attended the University of Minnesota and it was there that they met — he was studying to be a dentist and she was a dental hygienist. He graduated in 1929 and came back to Manitoba to set up a dental practice in Beausejour. It was there that I was born in 1932.

My father's practice included travelling to places like Lac du Bonnet and Pine Falls and while he worked hard, by the late 1930's the depression and the stirrings of war in Europe were taking their toll. Patients were either unable or unwilling to pay and so in 1940, my father moved his family (which now also included my brother Ussher) to Winnipeg where he joined the Army.

We lived in Elmwood and I attended Glenwood Elementary, Lord Selkirk High School and, for one year, St. John's Tech. After high school I joined the Army reserves and attended the University of Manitoba and then McGill University where I graduated as a dentist in 1957. I spent three years with the Army in Western Canada, primarily in Fort Churchill and in 1960 I went to the University of Iowa and then the University of Oklahoma to earn my specialty Diploma in Oral Maxillofacial Surgery. I returned to Winnipeg and taught at the University of Manitoba while waiting for papers to return to the United States. A blind date with Louise Hecht changed the trajectory of my life, and I chose to stay in Winnipeg. Louise and I were married on December 22, 1964.

I was head of the Department of Oral Surgery in the Faculty of Dentistry at the University of Manitoba from 1964-65 and taught in that department for seven years. During this same time period, I left the Army and opened my private practice, from which I retired in 2003.

As a Jewish dentist, it was unusual to become involved politically in issues governing the profession, but when the medicare system was introduced in the 1960's it became apparent that oral and maxillofacial surgery would need to be defended. I am proud that I could play a part in making my profession an internationally recognized dental specialty. I have subsequently been very involved in the dental community, serving on the Board of the Manitoba Dental Association culminating in a term as President, President of the Royal College of Dentists of Canada (where I have achieved Fellowship status), and President of the Canadian Society of Oral Surgeons. Both Louise and I have been involved in the Alpha-Omega International Dental Fraternity.

My commitment to the Endowment Book of Life is a gesture of my appreciation for our community and it is my hope that there will continue to be an active Jewish community here to provide a sense of belonging and unity for future generations.