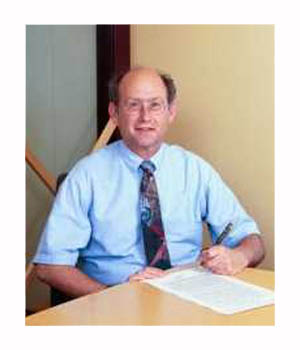 My family's history begins in Winnipeg with the arrival of my father and grandfather (Shuckett) from Eastern Europe in 1913. My mother's family (Lack) arrived in Winnipeg in 1912 and my mother was born shortly after they arrived.

My mother Dorothy Shuckett was brought up under very extreme poverty. My Grandfather

Charles Lack was a peddler and life was very difficult for his family. Their home was warm and caring but even basic necessities were an issue when they were very young. Nonetheless, my mother and her two sisters and brother overcame their initial hardships. Despite (or because of) this background, my mother's family was very conscious of beauty in all its dimensions, physical, material and spiritual and our home was full of precious and beautiful treasures. She gave Margaret and I, and our children, an appreciation of beauty that was true of a person's inner soul as well as what surrounded them.

My father Ben Shuckett came from a family whose circumstances were markedly different. His family was one of affluence. My father attended University and practiced law successfully during the Depression. My parents met and were married in 1938. As was traditional, my mother's family was responsible for the wedding and thus economics dictated a very simple event. In planning our own children's wedding, we discovered no photographs were taken and my mother did not wear a wedding dress. They lived a very happy life together until my mother died in 1986.

My parents provided a loving, warm and very Jewish household for the upbringing of my sister Marcia and myself. We were brought up in the North End in the '40s, '50s and '60s, and were the beneficiaries of an environment that closely allied our Jewish heritage, our friends and our education. The Jewish community was taken for granted in our daily lives. Although we attended public school and university here, our strongest identification was as Winnipeg Jews.

In 1967 I married Margaret Winograd and so our lives have been connected since then. We have lived elsewhere for periods of time but we have always returned to Winnipeg. For the last twenty years I have practiced medicine in Winnipeg as a Pediatric Ophthalmologist. As a family we have been committed to community and deeply tied to our Jewish roots. We were determined to provide strong role models for our children to ensure that they respected their Jewish heritage.

Our two children, Nicole and Cara were raised in a home environment where we felt the survival of the Jewish people was paramount. We considered Jewish education to be an integral part of our People's survival in partnership with a strong cultural and traditional upbringing in our Jewish home. We sent our children to our Jewish Day Schools. Both children graduated from Joseph Wolinsky Collegiate. Both children have gone on and graduated from University. Our older daughter Nicole is married and living in Toronto. Her husband Avi was raised in a family whose goals and values were very similar to ours. Nicole demonstrates her commitment to the survival of our People and their continuity through her identification and support of the Jewish Community in Toronto. Our younger daughter Cara is still a student, but her commitment to the State of Israel, her role as a Jewish woman, and her passion for study at Yeshiva exemplifies her commitment to our People in our community and around the world. Our family's passion for Israel is very evident. Our children have gone to school and lived in Israel for extended periods of time. Our many family visits and my work with Hebrew University reinforces this commitment. We are proud and truly fortunate that our children maintain the traditions of a Jewish home, respect themselves as Jews and are charitable members of their communities.