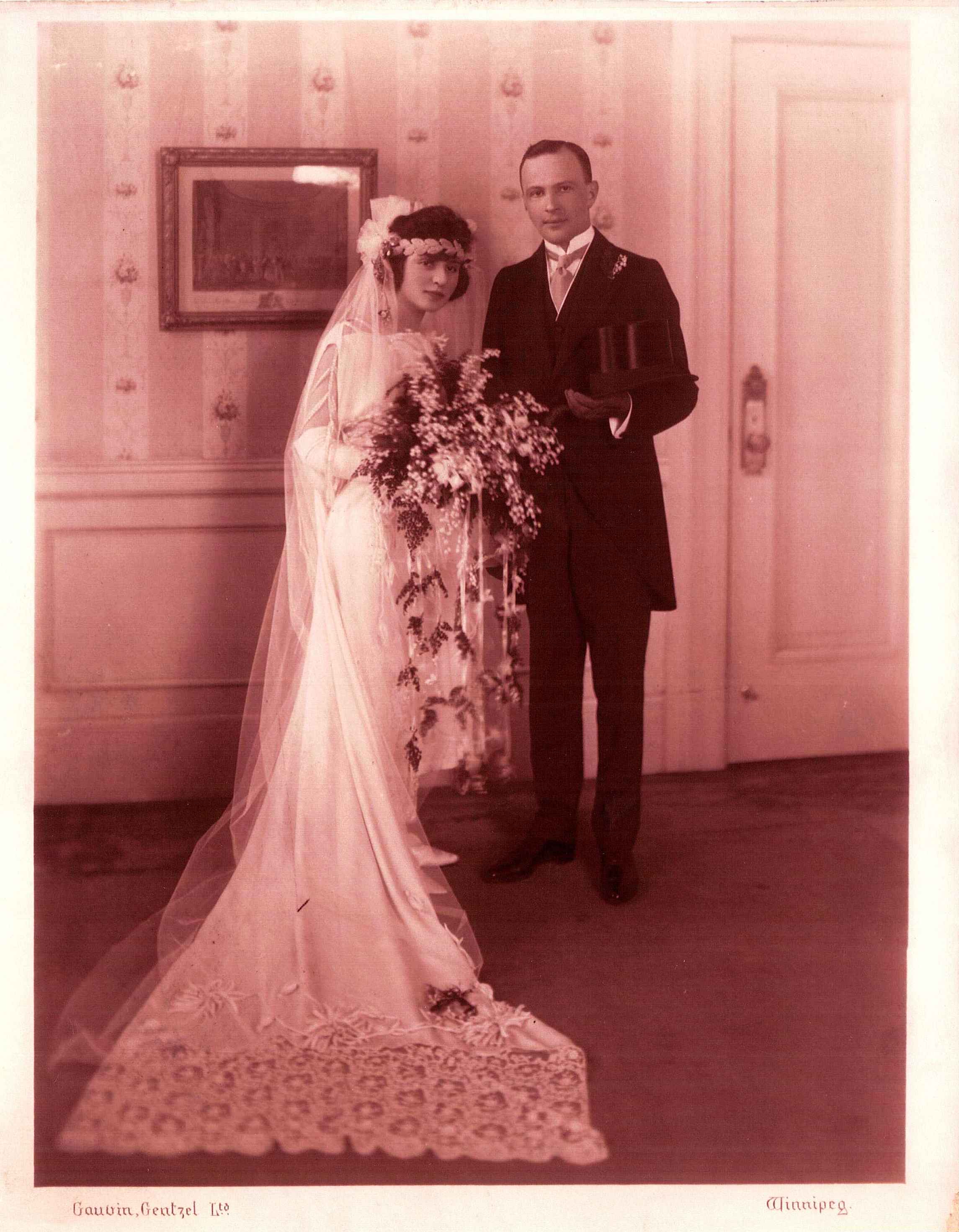 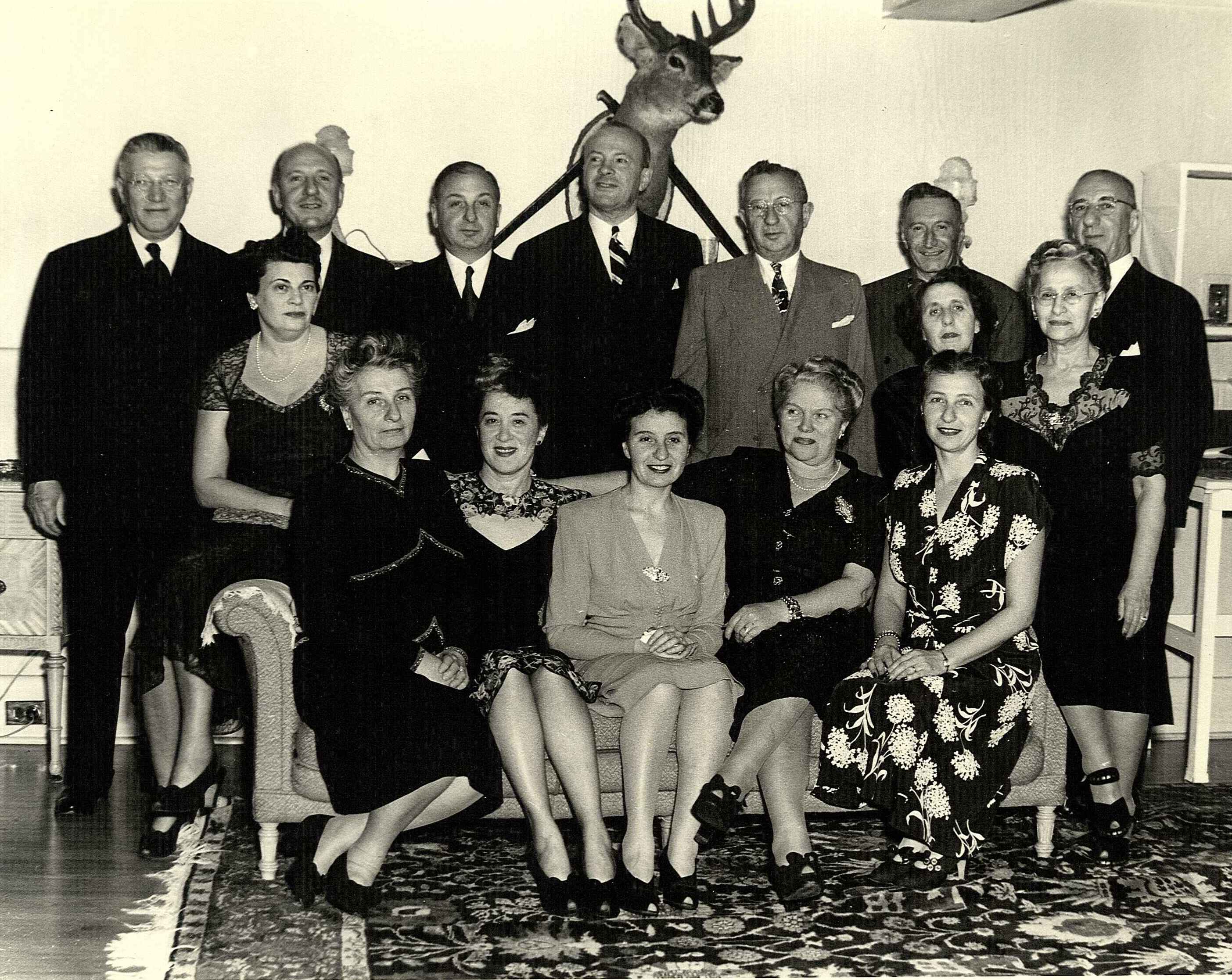 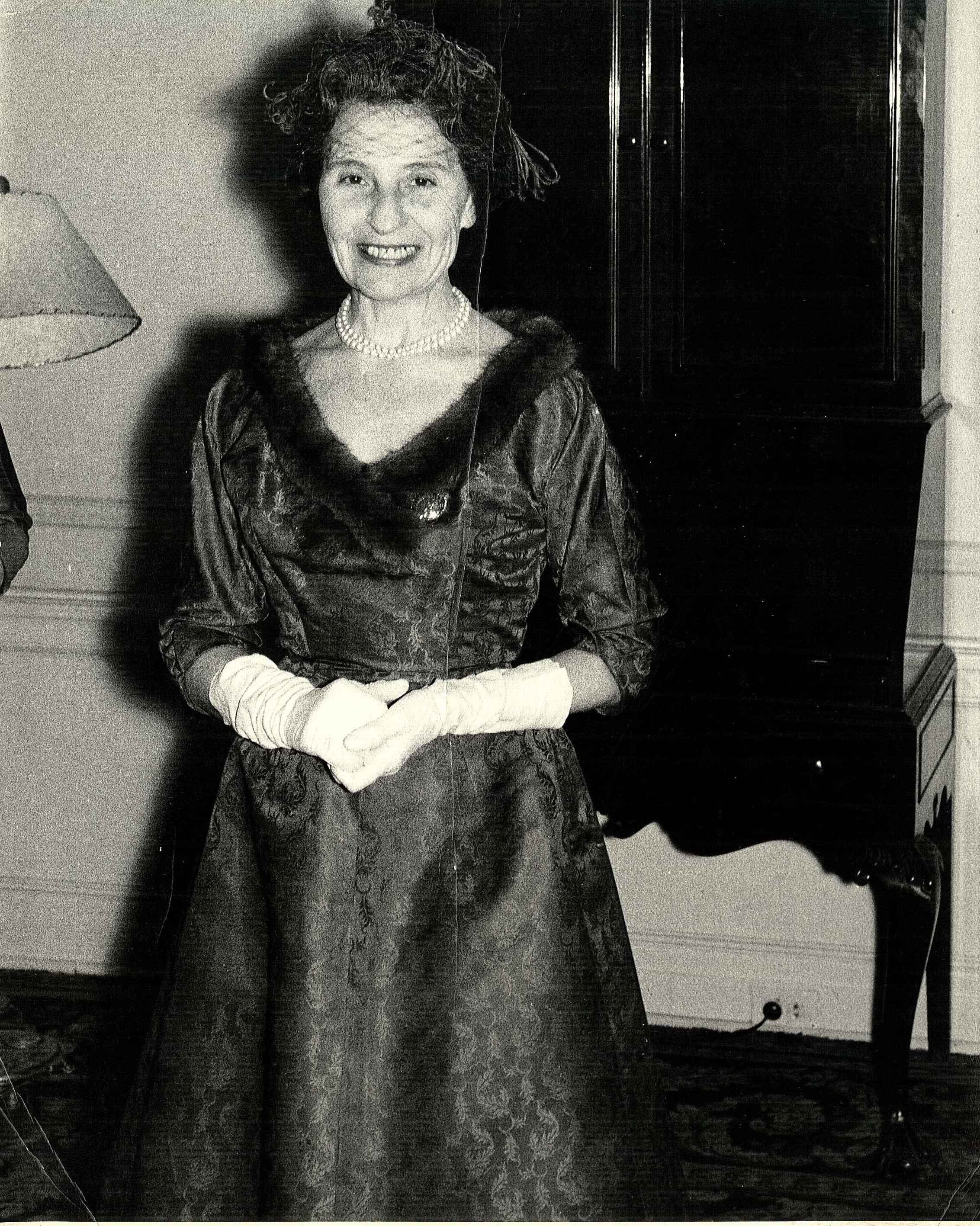 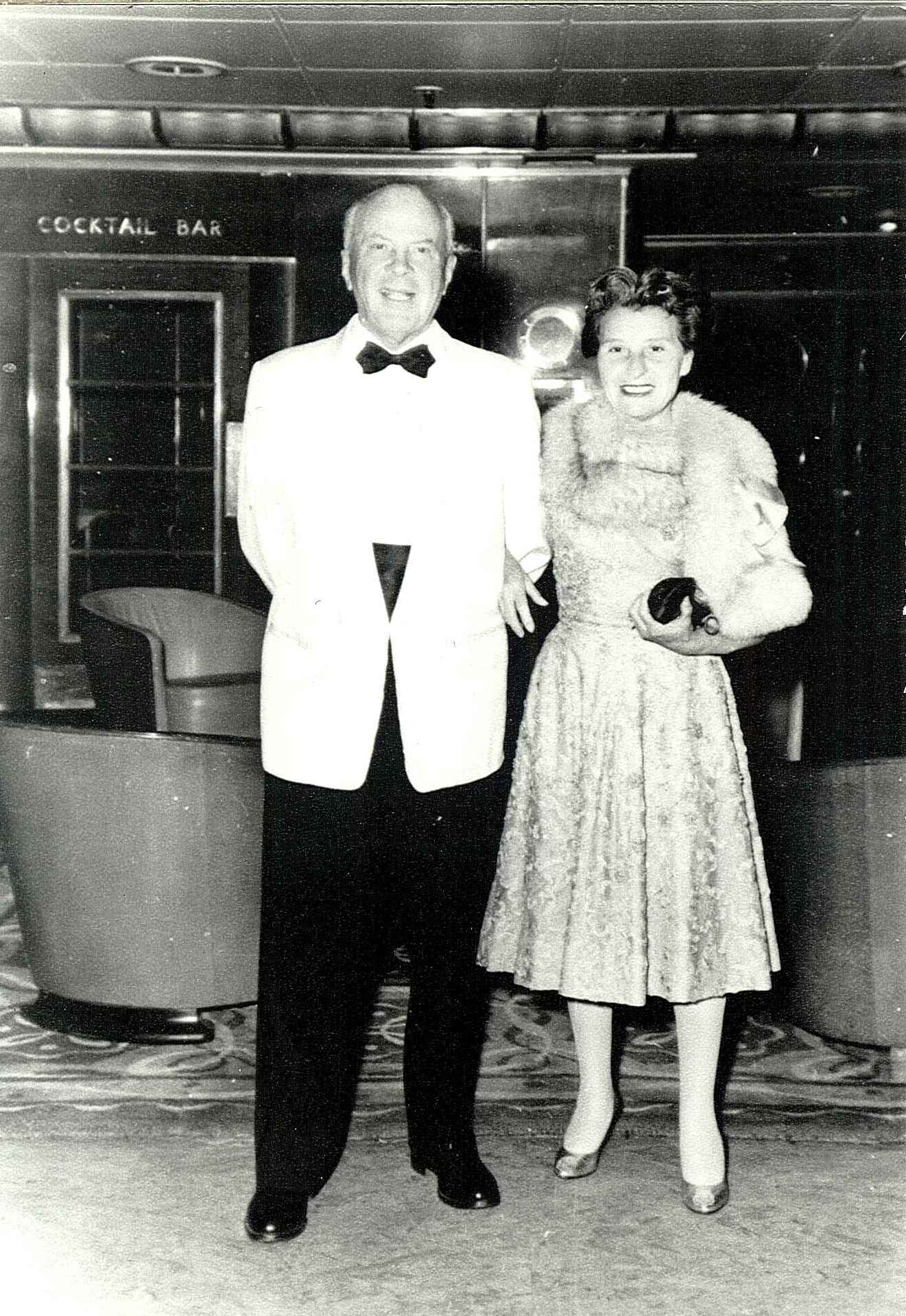 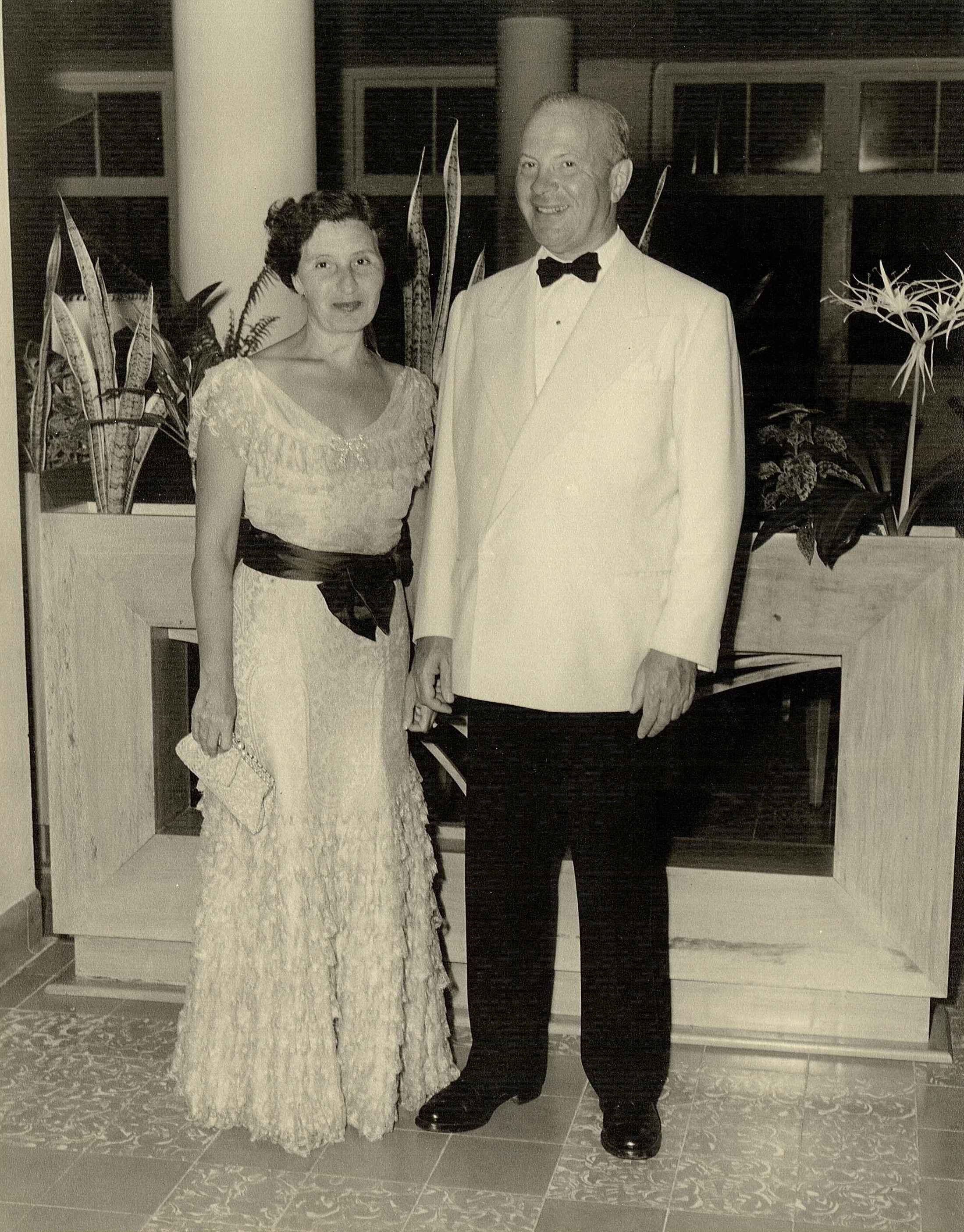 Rose was the youngest of the eight children of Ekiel and Mindel Bronfman. The Bronfmans had come from Bessarabia circa 1890 with four children - Harry, Abe, Laura and Jean. They had managed a tobacco plantation in Russia and Ekiel brought seedlings with him with the intention of farming in Canada. Arriving in Wapella, Saskatchewan in April, snow still on the ground, it was soon apparent that farming tobacco was not to be, and Ekiel became a peddler. The harsh life of prairie settlers was difficult for many and, although he came to Canada with money, Ekiel almost went broke living by his credo, "When someone comes to you in need, reach out to them with an open hand."

Four more children were born in Canada - Sam, Bea, Allan and Rose. By the time Rose was born, in 1898, the family was living in Brandon, Manitoba where Ekiel had moved to find work. In 1906, the family moved to Lily Street in Winnipeg. After graduating from High School, Rose attended the Manitoba Teacher's College and worked as a substitute teacher. Her parents died young - before she was married - but she never forgot her father's mantra to give to those in need, and community activism soon became her life.

In 1922 Rose married Dr. Maxwell S. Rady. Max was born Avraham Radishkevich, son of Shlomo and Gnecia, in Mogelev, Russia in 1893. As a 19-year-old he left Russia and travelled to Paris to visit his brother Gershon, a jeweler, and from there he came to Canada where he had a sister Rifka (Rebecca) and her husband Henry Leveton. Years later, he brought Gnecia and his sister Malka (Margaret) to live in Winnipeg. He also had a brother Israel and a sister Freda who remained in Russia.

Max Rady, as he was now called, worked as the secretary at Talmud Torah School and put himself through the University of Manitoba medical school, graduating in 1922. He interned at the Vancouver General Hospital and then returned to Winnipeg where he was one of the first Jewish doctors to be given admitting privileges at St. Boniface Hospital. In 1928 he went to Vienna where he did post-graduate work in obstetrics and gynecology. Max and Rose had three children: Mindel (Olenick), born in 1924, Marjorie (Blankstein), born in 1929 and Ernest, born in 1937.

In 1922, Rose attended the first organizing meeting of the Hadassah-WIZO and became the first president of the Ezra Chapter of Hadassah-WIZO. She went on to serve as president of the Hadassah-WIZO Council of Winnipeg and was a member of the National Board. The Radys visited Palestine and fell in love with the land and its people. Rose became a tireless fundraiser - Hadassah, Youth Aliyah, ORT, the Hebrew University, and the National Council of Jewish Women of which she had been President in 1939. She did the same for non-Jewish organizations - the Royal Winnipeg Ballet, the Winnipeg Symphony Orchestra, the Save the Children's Fund, and the Family Planning Association of Manitoba.

Rose was tireless. She was the first recording secretary when the Central Volunteer Bureau was organized. She was a member of the B'nai Brith Women's Organization, the University Women's Club, the Jewish Women's Musical Club and the Shaarey Zedek Sisterhood. She was the first Jewish woman who participated actively at the highest leadership levels in non-Jewish causes. She was organized, she was relevant, and she was responsible. She was also an independent thinker, a person of deep values and strong principles. She was also warm, charming, and above all, a lady.

Max supported Rose in all of her activities and was also active in the community. He was a member of the Shaarey Zedek Synagogue, served on the Board of Governors of the YMHA, and as Chairman of the Board of Directors of Maimonides College. But above all he was a physician and dedicated to his medical practice.

He was a popular doctor. He was tall and handsome and had a soft charm and ease with people that made him a warm presence in any room. He made house calls and often left home in the middle of the night to deliver a baby. He spoke five languages - Russian, French, Yiddish, Ukrainian and English, and as he always said, each language opened the door to another culture. In 1932 Dr. Rady received a citation from Prince Karl of Sweden on behalf of the Red Cross of that country, for relief work on behalf of Swedish Canadians in which he had participated during the depression. Marjorie recalls working in her father's office when a man came in with a $1 payment. Athough she thought this a paltry sum, her father commented that this was "an honourable man" because he was fulfilling his commitment to pay for his wife's surgery, $1 a week.

The Rady home was imbued with warmth, culture and community. Mindel and Marjorie remember the family drives out to Winnipeg Beach and how they would impulsively stop at a farmyard so that Max could have a chat with the farmer and the children could enjoy visiting the farm. They remember their mother dressed in a beautiful gown ready to go out to the Symphony. Sunday nights the family would gather around the radio for dinner and listen to Jack Benny, Fibber McGee & Molly or Charlie McArthy. Friday night dinners and Jewish holidays were celebrated with great care and tradition.

Max Rady passed away at the age of 70 on March 3, 1964. Rose Rady lived to be 90 and passed away on May 31, 1988. Both of them are remembered with great love and affection not only by their children, grandchildren and great-grandchildren, but by their city, their community, which they loved and served all their lives.